Roughly 1,600 of the 2,954 undergraduate students at the school received MAP grants last year, along with other forms of financial aid, said Joyner, who was appointed Jan. 1 to lead the school on the Far Southwest Side.

"I think the MAP funding has definitely been a challenge that I have not faced before in my career," said Joyner, who previously worked at colleges in Ohio, Florida and New Orleans.

Students @SaintXavier and @morainevalley were made a promise. Thats why the balanced budget we passed funds MAP grants. #passilbudget #twill pic.twitter.com/PWmrtjVDBy

State Sen. Bill Cunningham (D-Chicago) is vice chairman of the senate's higher education committee and said the budget his branch of the legislature approved May 25th includes such funding.

"The thing that a lot of people don't understand about this budget that is super important is the financial impact that it has on places like Saint Xavier," said Cunningham, who added that the senate's version of the budget is currently awaiting approval from the Illinois House.

Cunningham is hopeful that some action will be taken Friday — ahead of a new fiscal year for the state that has already gone without a budget for two years. But without such a compromise, Joyner admitted that difficult changes will be necessary.

"There is no way we can make up for that loss without losing people," Joyner said. 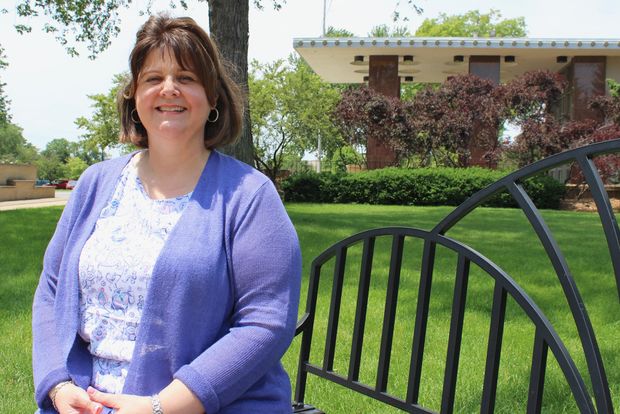 Saint Xavier is also in the process of evaluating its programs, and those without strong support might be on the chopping block. Already some six graduate programs in the School of Education have been eliminated, Joyner said.

And although Saint Xavier has a long reputation for educating future teachers, interest in the program has waned — perhaps as a result of the uncertainty swirling around the profession brought on by the budget impasse, Joyner said.

As a result, the School of Education will become a department within Saint Xavier's College of Arts and Sciences starting Saturday, Joyner said.

Still, enrollment was up last year with a total of 3,896 students — a 9 percent jump when compared to five years ago. The 2016/17 enrollment includes includes 942 graduate students, Joyner said.

We need to provide financial certainty for higher education in Illinois with a balanced budget. #passilbudget pic.twitter.com/nu7MtXuotH

She said the undergraduate population at the school will remain largely flat in the coming years, following demographic trends that show the college-age population has mostly held steady.

"People are having fewer kids," said Joyner, who added the cost of college is along with stagnant wages have also become barriers for undergraduates.

She said the school's growth will largely come from adult students returning to finish their undergraduate degrees, earn master's degrees or achieve some sort of professional accreditation.

To further capitalize on this trend, Joyner said Saint Xavier is considering the addition of undergraduate degrees that move seamlessly into graduate programs. Often those programs allow students to complete both of their degrees in a five-year period.

To that end, the school is also creating several new fields of study that will be available starting in fall 2018, including undergraduate majors in exercise science, sports management and healthcare administration.

Joyner doesn't expect any major construction projects on campus or elsewhere in the near future but is excited about the addition of several club sports including ice hockey and lacrosse teams.

She is also eager for her family to move here from Florida. Joyner said her husband, Jay, and their three boys — Jay Jr., 19, Alexander, 15, and Christopher, 13 — have already fallen in love with the Original Rainbow Cone, Wolf's Bakery and Portillo's.

And as for the state budget, she hopes a solution comes soon.

"I have a lot of confidence in our legislators. I think they are strong advocates for Saint Xavier," she said.