Earlier this year, city officials approved a proposal by Zitella Development to raze the shop — which has been vacant since Frese's death in 2012 — and build a pair of three-story apartment buildings in its place.

The demolition is "bittersweet" for West Portage Park Neighbors Association president David Feller, who remembers taking Frese's canoes out on the Des Plaines River when he was a Cub Scout, he said.

"It brings a tear to your eye when you see these things go away, and the neighborhood loses a little bit of its uniqueness," Feller said. "I wish they could have kept the building and turned it into a bar or restaurant, or something."

Frese's family sold the property after his death, making no effort to landmark the structure, according to 38th Ward Ald. Nicholas Sposato.

The stretch of Narragansett in front of the canoe shop was named for Frese, a world-renowned canoe builder and conservationist, in 2013 under a measure sponsored by former Ald. Tim Cullerton.

The planned buildings will combine for 30 two-bedroom apartments, each measuring 1,350 to 1,450 square feet, said Bobby Zitella, vice president of Zitella Development. Rents will start at $1,700 per month.

Each unit will have two full bathrooms, an in-unit washer and dryer, a balcony, "high-end finishes" and "tons of closet space," Zitella said. The plan calls for trees, shrubs and flowers to surround the brick-and-stone masonry building.

Neighbors can expect to see the apartment buildings start to go up in August, Zitella said. 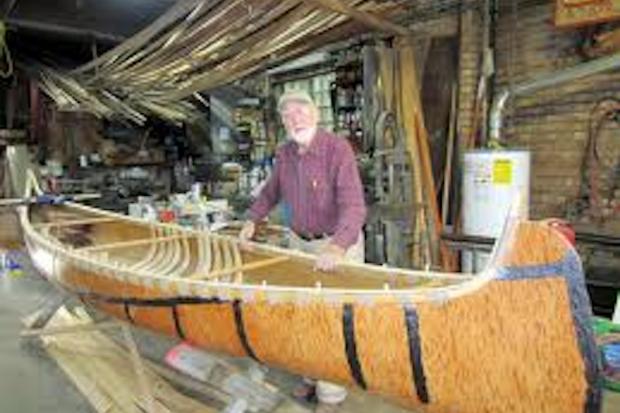 The late Ralph Frese, who was a world-renowned canoe builder, is shown in his shop at Irving Park Road and Narragansett Avenue [Rita Frese]