BEVERLY — Art from the husband-and-wife team of Bill and Judie Anderson will be on display through July 30 at the Beverly Arts Center.

The exhibit debuted Sunday at 2407 W. 111th St. in Morgan Park. Presented by The Beverly Area Arts Alliance, the exhibit features illustrations and paintings from the couple who spent their lives in Beverly.

The pair met at the School of the Art Institute of Chicago in 1957 and married four years later. They then had children, and many of their friends modeled for various pieces of work.

Sal Campbell is a co-founder of the alliance and described the exhibit as a love letter between the Andersons. In fact, the exhibit features several letters Bill wrote to Judie while serving in the military in Korea.

"It's really just the story of their lives," said Campbell, who added that Judie Anderson has been active in the neighborhood art group since its inception in 2014.

Separately, Bill and Judie Anderson enjoyed notable careers illustrating textbooks as well as providing art for magazines and newspapers. They also indulged in personal projects from their home studio in Beverly.

Ten years after moving to the the neighborhood, the Andersons were also among several community members who established the Beverly Art Center at its original location on the campus of Morgan Park Academy.

Bill Anderson suffered a brain stem stroke in 1991. He died in 2009. This is the first and last exhibition of the Andersons’ collective work. Here's a peek at some of the artwork on display: 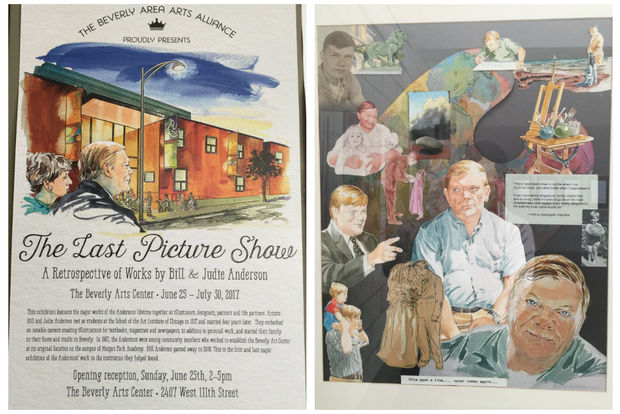 The poster for BIll And Judie Anderson's "The Last Picture Show" is on display at the Beverly Arts Center, along with Judie Anderson's images of her late husband, titled "Bill's Portrait." [DNAinfo/Howard A. Ludwig] 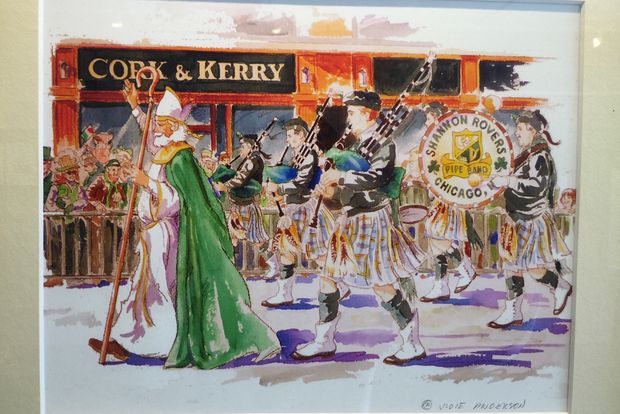 This painting called "Southside Irish Parade" is on display as part of BIll And Judie Anderson's "The Last Picture Show" at the Beverly Arts Center. [DNAinfo/Howard A. Ludwig] 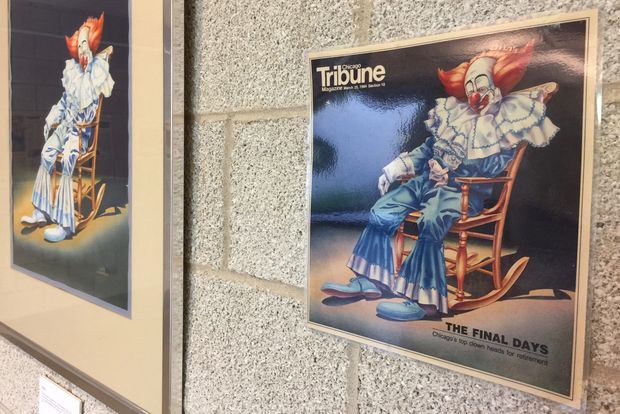 Judie Anderson's "Bozo" was created for a Tribune magazine story ahead of Bob Bell's retirement. Bell would not pose for the photo, so a costume was rented and one of the newspaper's art directors dressed as the famous Chicago clown. [DNAinfo/Howard A. Ludwig] 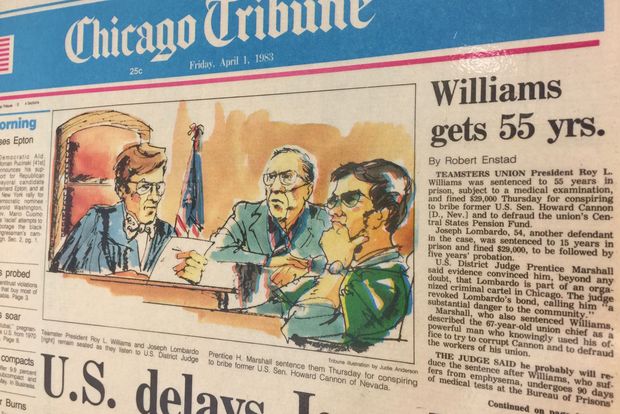 Judie Anderson's courtroom sketch was displayed on the front page of the Chicago Tribune on April 1, 1983. [DNAinfo/Howard A. Ludwig]