The 6-year-old boy from Mount Greenwood has a cast on his arm he broke four weeks ago falling off the monkey bars at Mount Greenwood Elementary School. And he still has the energy to wrestle his 5-year-old brother, Sean, on the couch.

Jack will bring this same resolve as an honorary coach from 11 a.m.-5 p.m. July 22 at the Fire Up A Cure fundraiser. The sixth-annual event takes place at Saint Xavier University and raises money for clinical trials aimed at pediatric cancer.

Last year, Jack coached members of the Midlothian Fire Department to a second place finish. The south suburban firefighters compete in a variety of contests with some 20 other fire departments, in events that include pushing a fire truck, tug of war, inflatable jousting, dodgeball and more. 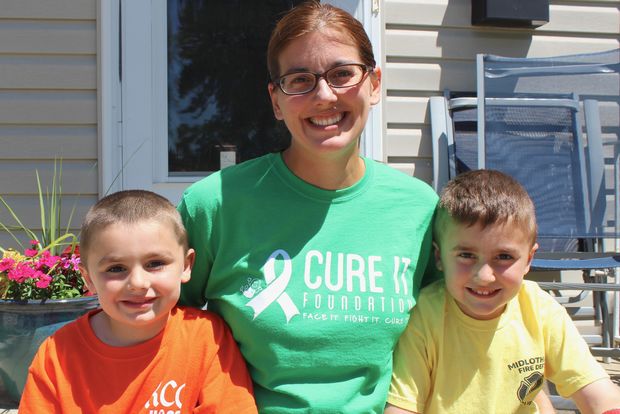 From left, Sean, Kelly and Jack Higgins will all be at Saint Xavier University July 22 for the annual Fire Up A Cure fundraiser. The event raises money for clinical trials related to pediatric cancer. [DNAinfo/Howard A. Ludwig]

The fundraiser is again being organized by the Cure It Foundation, which was started by Dr. Jason Canner in November 2011. Canner is Jack's doctor at Advocate Children’s Hospital in suburban Oak Lawn.

"I feel like the firefighters and people touched directly by pediatric cancer — doctors, nurses and family members — have really come together to bring an amazing event to Saint Xavier University," Canner said.

Jack is one of several patients that serve as coaches for teams of firefighters. His mom, Kelly Higgins, said the firefighters seemed drawn to her son, who was diagnosed with Acute Lymphoblastic Leukemia or ALL just six days after his fifth birthday.

"Jack was kind of on-again, off-again sick for like two months," said Kelly Higgins, a lifelong resident of Mount Greenwood and a teacher at Sutherland Elementary School in Beverly.

Tests for strep throat and the flu were never conclusive, but Kelly Higgins assumed Jack's repeated illness was just related to starting preschool. That was until Dec. 15 when his lymph nodes noticeably swelled.

He was taken to the hospital where he was diagnosed with the blood cancer. His first several months of treatment were very difficult. Jack lost his hair and was down to just 35 pounds.

But Jack has since bounced back. The kindergartener has two more years of treatment to go, but Kelly Higgins is hopeful, adding there's a 90 percent success rate for the bone marrow disease that affects her son.

"We pretty much tell people it is the best form of leukemia you can be diagnosed with," she said. 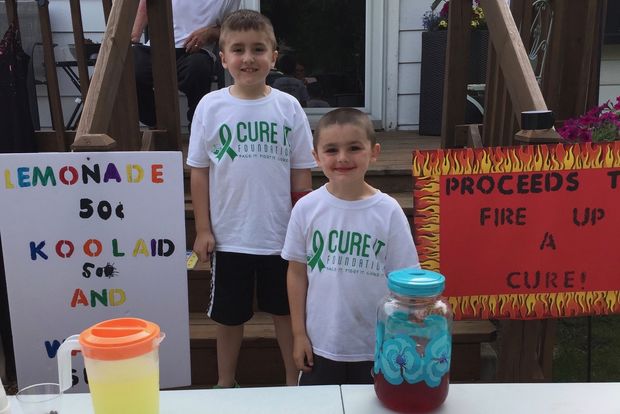 Besides motivating his team again this year, Jack is also excited about the visit from the 501st Legion Midwest Garrison, a "Star Wars" fan club that comes dressed in costumes. Batman and the Batmobile are also expected at the fundraiser.

A DJ will be there as well as Irish dancers, a special reptile show, face painters and a real fire pole for children to slide down. Tickets for those interested in cheering on the firefighters and their coaches cost $10 for adults, $5 for children or $20 for the whole family.