A police spokesman said officers responded to several calls reporting property damage around 11 p.m. Tuesday in the same block as the ice rink and gymnastics facility. 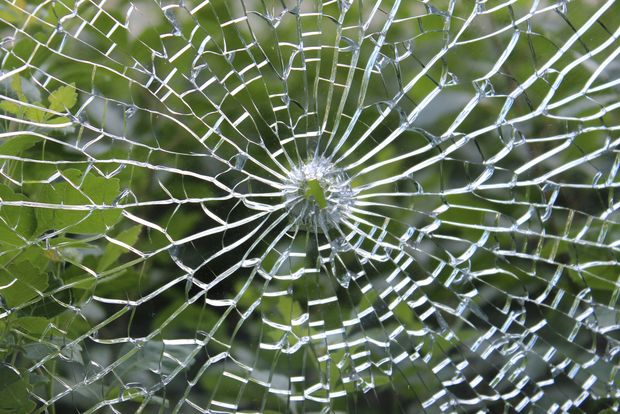 Six windows were damaged Tuesday night at the Morgan Park Sports Center, according to a repairman. [DNAinfo/Howard A. Ludwig]

Alberto Gamez is the general manager of Home Run Inn Pizza at 10900 S. Western Ave. in Morgan Park. He said three windows and a door were damaged in the same manner at his restaurant.

Restaurant staff were inside the building when the windows were shattered around 11:25 p.m., said Gamez, who called police after the incident.

Police told him that the glass was broken by a BB gun, and that other damaged windows in the area were likely also the result of BB gun shots. Gamez did not have a description of the shooter or vehicle, and said he's already called to have the windows repaired.

"It is still a good neighborhood. You have some good people, and the police were out here pretty quick," said Gamez, adding that nobody was hurt in the incident. 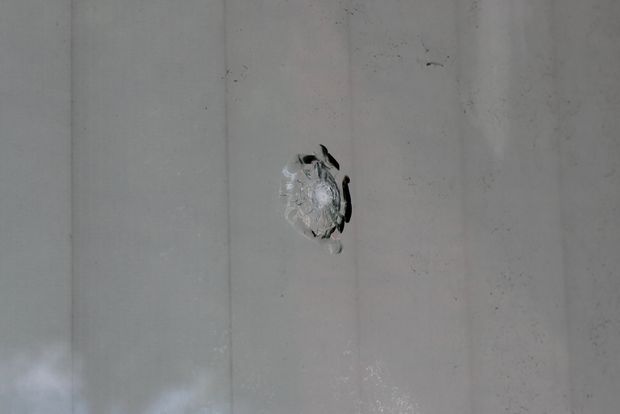 Sharon Zogas, an attorney with an office at 10022 S. Western Avenue, initially did not notice the small hole in the glass of her storefront Wednesday morning. [DNAinfo/Howard A. Ludwig]

Sharon Zogas is an attorney with an office at 10022 S. Western Avenue in Beverly. She was surprised Wednesday morning to find a small hole in the glass of her storefront.

Zogas said she walked down to her insurance agent's office down the block as soon as she learned of the damage.

Employees at Exotic Wheel at 10101 S. Western Ave. in Beverly were also surprised to find their windows broken. One clerk said that another window had previous, unrelated damage. He hoped to replace all of the broken windows soon.