By Howard Ludwig |&nbspJune 20, 2017 8:28am | Updated on June 21, 2017 8:13am
@howardaludwig
Twitter Facebook Email More
The Chicago Horned Frogs will debut Saturday with an unveiling party at the Morgan Park Sports Center. The new youth hockey team is seeking players of all ages for fall leagues.
View Full Caption
Supplied Illustration/Photo

MORGAN PARK — The Chicago Horned Frogs will take the ice this fall at the Morgan Park Sports Center.

The new youth hockey program will have an unveiling party from 3-6 p.m. Saturday at the ice rink and gymnastics facility at 11505 S. Western Ave. in Morgan Park. Parents and players will be able to ask questions, tour the facility and participate in a public skate.

The rink opened Sept. 1, 2015. To date, programs there have taught children to skate, as well as hockey basics, said Brad Czachor, senior facilities manager for SMG. The management company handles operations in Morgan Park as well as other park district facilities including the McFetridge Sports Center in Irving Park.

But skaters coming up through the ranks in Morgan Park would eventually have to seek a team elsewhere. That changes in early September, said Czachor, who hopes to field teams in all youth age levels.

"We want to teach the game. We want to create a passion for the sport," said Czachor, who oversees the Chicago River Dogs youth hockey program at McFetridge.

SMG introduced the River Dogs at the North Side rink five years ago at the urging of Chicago Park District Supt. Michael Kelly, who also pushed for the formation of the Horned Frogs, Czachor said.

The River Dogs found success and will be used as a blueprint in Morgan Park, said Czachor, who played collegiate hockey at Iowa State University.

Until now, the St. Jude Knights Hockey Club had been running youth hockey teams out of Morgan Park. The private club also operates out of the Oak Lawn Ice Arena and Southwest Ice Arena in Crestwood.

The 57-year-old St. Jude signed a deal committing to 18 hours of ice time per week with the Chicago Park District prior to the Morgan Park rink even opening for the prime Sept. 1-March 31 season.

St. Jude will still have ice time in Morgan Park with the addition of the Horned Frogs. The Knights and the Horned Frogs also share the rink with Mount Carmel High School, Marist High School and several other teams, Czachor said.

But the Horned Frogs house hockey leagues are expected to be considerably cheaper than those offered by St. Jude — which also offers travel leagues for more skilled players. 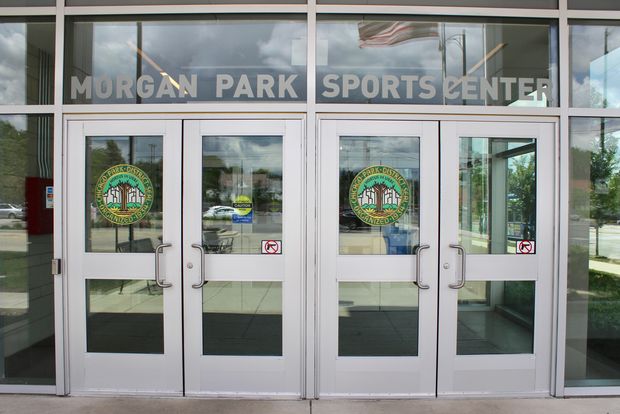 The Chicago Horned Frogs are a new youth hockey program that will play out of the Morgan Park Sports Center beginning in the fall. [DNAinfo/Howard A. Ludwig]

Czachor said fees for the mite division (age 7-8) will be $713 for Chicago residents. It will cost $817 for all other age groups with proof of city residency. That's about half of what St. Jude and several other nearby clubs charge.

"The model for the park district is to provide affordable programs for the community," Czachor said. "And there is an emphasis on basic skills."

The Horned Frogs and the St. Jude Knights will also both play in the Northwest Hockey League — a house hockey league that includes the River Dogs and others. The league has a tiered system, pairing teams of similar talent into different divisions.

Those participating in the new program in Morgan Park can expect 1-2 practices per week with 1-2 games on the weekends, said Czachor, who added that neither the River Dogs nor the Horned Frogs have plans to add travel teams to the mix.

The new jerseys will be unveiled Saturday, and Czachor said the Horned Frogs will rely on volunteer coaches and team managers. Also like other house hockey programs, the Horned Frogs' inaugural season will run through mid-March with a separate spring league to follow.

And Czachor said the success of the Chicago Blackhawks continues to drive interest in youth hockey and added that bringing the Horned Frogs to Morgan Park was always part of the plan.

"This is like the final piece to that puzzle," he said.