The two-level cafe promising to drizzle the sweet hazelnut spread on everything from waffles to salad is an instant hit at Michigan Avenue and Lake Street, where both locals and out-of-towners will wait an hour just for a chance to order inside.

Day or night, the new cafe draws a big crowd to the corner nearly two weeks after its debut. Ferrero, the Italian company that debuted the Nutella Cafe late last month, said in a statement the restaurant at 189 N. Michigan Ave. serves an estimated 900 customers daily.

The crepe with Nutella and bananas and Liege waffle with Nutella, hazelnuts and apple compote are the most popular orders.

That's a lot of Nutella, especially in light of online reviews by customers wondering why they waited so long for food they likely could make themselves.

"We know that Nutella is a popular brand, but the response to our Nutella Café has far exceeded our expectations," the company said in a statement.

Lisa Wyngarden, of suburban Glenview, was taking her children to the cafe to celebrate the end of the school year. Wyngarden drove an hour each way to get Downtown, and had no other plans in the city beside visiting the Nutella Cafe.

"The kids would actually intravenously take Nutella if they could," Wyngarden said.

Marvin and Lorelyn Go of Irving Park also came for a special occasion: their son's graduation from kindergarten. The Gos developed a taste for Nutella thanks to their relatives in Italy, where the spread is made.

"It's an experience we want to try," Marvin Go said. "The kids will love it because it's all sweet." 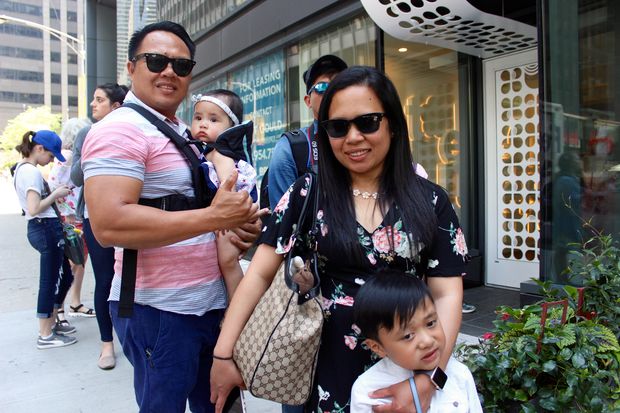 Bonnie Bailey of suburban Morton Grove bakes for a living, and wanted to visit the cafe because she likes "to see what's trending in the industry." She drove an hour into the city and waited for about 50 minutes in line before getting a chance to go inside the cafe.

Bailey wanted to try the cafe's Nutella-glazed waffles and crepes, items she knew she could make herself. But she didn't want to bake.

"When you're a chef you don't want to go home and cook much," Bailey said. "Waiting in line is a better trade."

Twin Brothers Will Coach Against Each Other at Marist Wrestling Tourney