EDISON PARK — A developer would raze a vacant industrial complex in Norwood Park's commercial district and replace it with a three-story self-storage warehouse under a proposal brought before the 41st Ward's Zoning Advisory Committee on Wednesday.

Developer Jonathan Lunn is asking Ald. Anthony Napolitano (41st) to approve a zoning change that would allow the construction of a 33-foot-tall structure at 6250 N. Northwest Highway Without the zoning change, Lunn would likely build a two-story warehouse behind the existing building, he said. 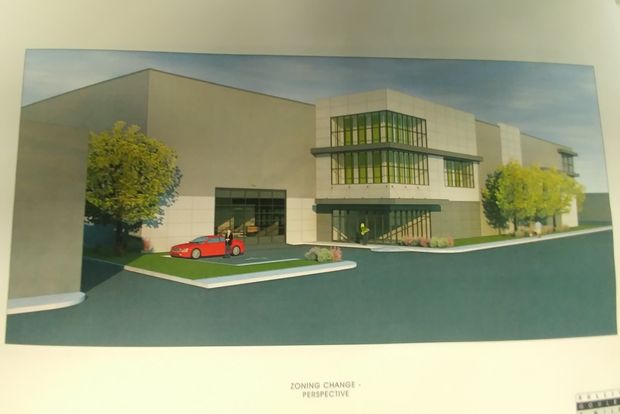 A preliminary rendering of the self-storage warehouse being proposed at 6250 N. Northwest Hwy. [SGW Architects]

Unlike most other alderman, who approve zoning changes at their own discretion, Napolitano defers to the 11-member committee, which represents different community groups across the ward.

The warehouse would be built with a single entrance and be guarded by about 30 security cameras, Lunn said. With 800 total storage units, he predicted the building would see around 25 visitors per day, "pretty much the lowest on the traffic scale out of any kind of business," he said.

A feasibility study of the area found only one other storage facility within two miles of the site, the developer said.

The warehouse would be built 25 feet from the street, leaving room for extra grass and trees and creating a refreshing break among warehouse and factory buildings that line Northwest Highway, according to Marc Pelini, who represents the Norwood Park Historical Society on the committee.

"I think the setback really does help as a buffer, and as the rest of Northwest Highway starts to develop, I think that'll be advantageous," Pelini said. "There should be a happy medium here, when we're talking about getting rid of an old antiquated building that probably shouldn't even be there in the first place." 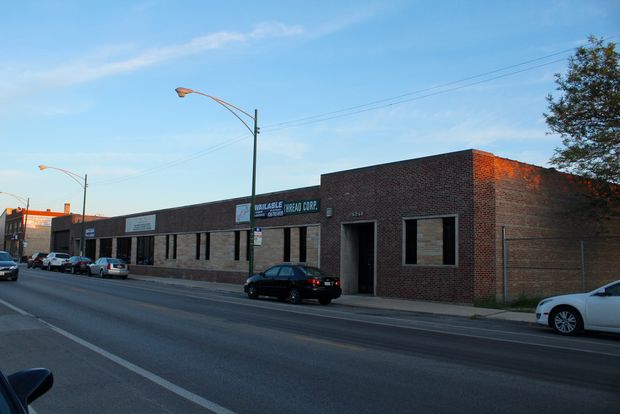 The vacant industrial site that would be razed and be replaced by the storage facility. [DNAinfo/Alex Nitkin]

But some neighbors who attended Wednesday's meeting, like Sande Ford, chaffed at the height and design shown in a preliminary rendering of the building.

"People like changes in the neighborhood up to a certain point, but if you're going to be building higher and higher, then we've got a problem," Ford said. "You've got to make sure that you're setting a clear precedent for new buildings that get proposed."

The design of the building will "completely change" before the committee meets to discuss it again in July, architect Chris Michalek said.

Napolitano looks forward to seeing the proposal adapt in line with community feedback, according to his chief of staff, Chris Vittorio.

"It's a nice proposal, but people are clearly looking for them to make some changes, to make the building a bit more decorative," Vittorio said. "But [Lunn] doesn't necessarily need this zoning change to start building, so hopefully we can make some trade-offs and meet them halfway."

The committee also heard a proposal Wednesday to build a new home for Abell Animal Hospital on a vacant industrial site at 5990 N. Northwest Highway.

The single-story veterinary complex would be built with a pitched roof, giving it a "residential feel," according to the project's attorney.