The Morgan Park artist has transformed the two-car garage into an art gallery known as "boundary." The inaugural show will be held from 6-9 p.m. Saturday at in garage at 2334 W. 111th Place.

Papish is coordinating the show with Larry Lee, a fellow artist and colleague at the School of the Art Institute of Chicago. For the opening show, the pair will showcase the work of John Dodge, a Canaryville artist. 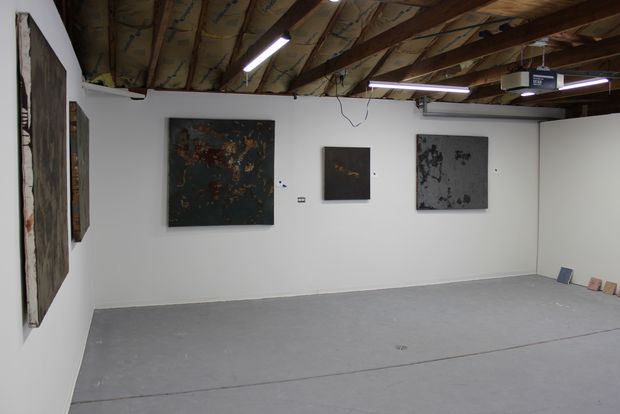 Artist Susannah Papish has transformed her two-car garage into a gallery called "boundary." The first show will be held from 6-9 p.m. Saturday in Morgan Park. [DNAinfo/Howard A. Ludwig]

Dodge's work is made up of abstract oil paintings. He draws inspiration from his working-class neighborhood as well as images of urban decay, said Papish, who said much of his palette is made up of gray and rust colors.

"We were really excited, especially last night when we hung some of the work up," Papish said Tuesday. She and Lee, a Chinatown native, have been friends for some 25 years.

The show named "John Dodge: Off Normal" is a reference to the artist's Canaryville home and studio at 44th Street and Normal Avenue. The show will run through July 15. After the opening, the work will be made available by appointment. 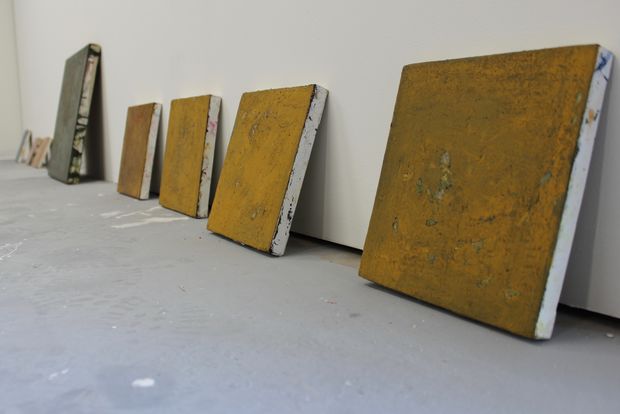 Pieces from the upcoming show "John Dodge: Off Normal" await to be hung on the walls of a garage in Morgan Park. The makeshift art gallery is called "boundary." [DNAinfo/Howard A. Ludwig]

The second show is set to open July 22 and will feature an artists Annette Hur, Chinatsu Ikeda and Julie Lai. Papish expects to host 5-6 shows per year in her garage, emphasizing that showcasing art in such a venue is not as unusual as one might think.

"This is a model that has been going on in Chicago for a long time," said Papish, who pointed to the 4th Ward Project Space, which operates from a residential basement in Hyde Park. Iceberg Projects is a gallery based in a home and garage in Rogers Park.

Papish said boundary's kid-friendly debut is open to anyone interested in viewing the work. In fact, she prefers to call her garage a "project space" rather than a gallery, as the purpose of the room is to showcase the artist's work versus selling pieces. 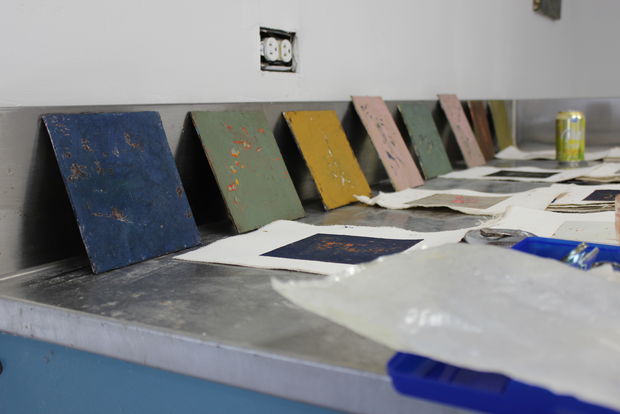 Canaryville artist John Dodge uses oil paint to showcase urban decay. His work will be on display at the inaugural opening of "boundary" in Morgan Park. [DNAinfo/Howard A. Ludwig]

Papish, an active member of the Beverly Area Arts Alliance, is also considering transforming the remainder of her backyard into a sculpture garden. But she added that the artists on display will not necessarily be from within the 19th Ward.

"That's our point — to bring artists to Beverly and have an audience in Beverly," Papish said.

All shows at "boundary" will be free to attend. And while some might think it is odd to view artwork in a garage, Papish encouraged any and all who are curious to visit. After all, it's not easy to find places for all the bikes, lawn equipment and other items commonly stored in her garage.

"I hope people will not be intimidated," she said.