DOWNTOWN — Elevated rail service in Chicago will celebrate its 125th anniversary Tuesday — and lucky riders will get to take home a birthday present.

Trains began running on the city's first elevated railway on June 6, 1892 — and to celebrate, the Chicago Transit Authority will send vintage "L" cars around the Loop and hand out commemorative posters at the Clark and Lake station.

Mayor Rahm Emanuel hopped aboard a 94-year-old train car this morning to ride down that initial stretch of track to the city's oldest station still standing at Garfield Boulevard.

"The investments we're making today will reinforce that it will be around for the next 125 years," said Emanuel, who himself takes the train to work twice a week.

CTA President Dorval Carter said the "L" has come a long way since it was first known as the "Alley L."

"CTA has been working hard to make sure we're still meeting the needs of 21st century riders," Carter said.

Tim Samuelson, the city's cultural historian, was among those on the train with the mayor and he said it was a thrilling experience. He described how much heavier the old cars felt as they swayed and moved slowly down the tracks.

Samuelson was among those who hopped on the old train car back Downtown as rides opened up to the public.

CTA aficionados can nab a vintage poster starting at noon on the Inner Loop platform, which is closest to the Thompson Center and where Orange and Pink line trains stop. The posters will be handed out on a first-come, first-served basis.

In addition, train enthusiasts can hop a ride on the CTA Heritage Fleet around the Loop. The schedule is:

For more information, go to transitchicago.com. 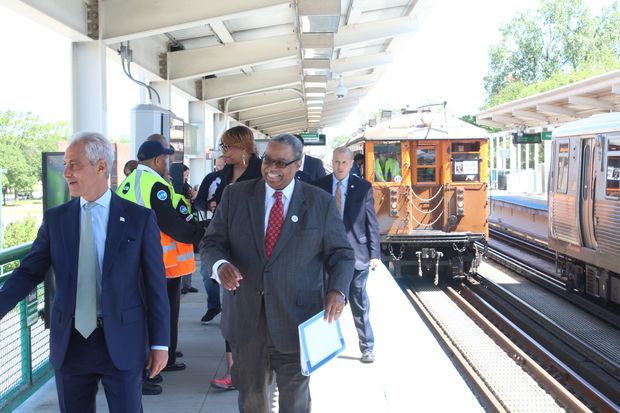 Mayor Rahm Emanuel and CTA President Dorval Carter were among the first riders Tuesday on a 94-year-old train car going down the first stretch of the "L." [DNAinfo/Sam Cholke] 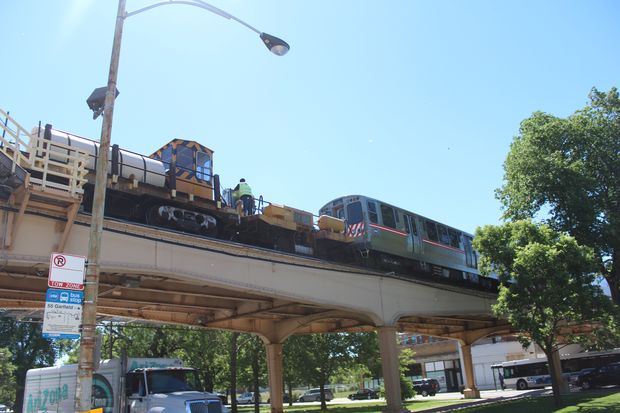 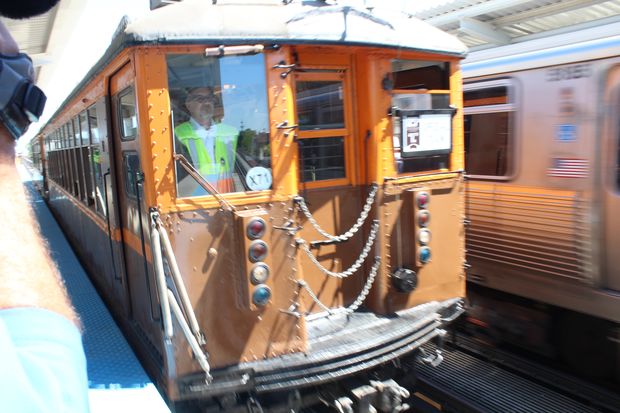 The 4000-series cars will be running in the Loop Tuesday for people to ride.

RELATED: Where Do You Stand or Sit on the "L"?