MOUNT GREENWOOD — Chicago firefighters found a man shot in the basement of a burning house Thursday afternoon in Mount Greenwood, according to police.

Spoon was taken in critical condition to Advocate Christ Hospital in southwest suburban Oak Lawn, according to a Sun-Times report. He later died, according to the same report, which cited Fire Department officials and the Cook County Medical Examiner’s Office.

Firefighters responded to a house fire around 3:30 p.m. at 11417 S. St. Louis Ave. Fire officials and police on the scene two hours later would not say what started the blaze. Fire Department investigators were on scene.

It is with deep regret & sorrow to report the sudden death of Lt Rob Spoon today. pic.twitter.com/4sxMo4tHTt

Bob Hoggatt lives just south of the home that was badly damaged in the fire. He said the house was vacant for about two years before someone on the block bought it and rehabbed the interior last year.

Spoon moved in next door about five months ago. He appeared to be renting the property and seemed to be a friend of the homeowner, Hoggatt said. 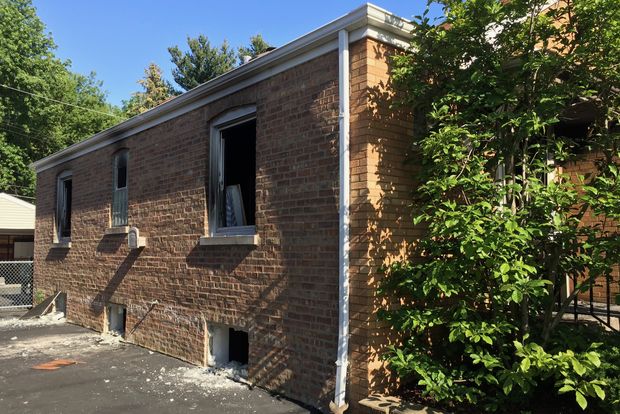 A house fire Thursday afternoon at 11417 S. St. Louis Ave. left the structure uninhabitable. While battling the blaze, firefighters broke the windows in the house. [DNAinfo/Howard A. Ludwig]