Beautiful On His Own Terms: Maybelline Started In Chicago By LGBT Pioneer

EDGEWATER — New information offers to answer the age-old question: Was she born with it, or was it Maybelline?

As it turns out, the namesake of Maybelline makeup was indeed born with eyelashes and eyebrows — until she bleached them to the point of oblivion.

The woman for whom the famous makeup brand is named, Edgewater resident Mabel Williams, accidentally over-bleached her lashes and brows one day, forcing her to make due with what she had: Vaseline and coal powder.

Her brother, Tom Lyle Williams, discovered his sister applying the concoction to her face in a way he'd only known Hollywood's most dazzling starlets to do.

That's according to Sharrie Williams, the great-niece of Maybelline's founder Tom Lyle Williams and author of "The Maybelline Story And The Family Dynasty Behind It."

The author said there have been several versions of the brand's story circulated over the years, but Mabel's own daughter recently confirmed it was a serendipitous over-bleaching that led to the brand's invention.

The three-story building at 5900 N. Ridge Ave. that housed the company's headquarters for more than 50 years is still emblazoned with a cursive "M" above a street-facing entry.

But Maybelline's Chicago roots, and Tom Williams' legacy as a pioneering — and fearfully closeted — gay entrepreneur have mostly been forgotten.

With the help of Williams' book and a new exhibit featuring Maybelline's early days at the Edgewater Historical Society, the true story of her great-uncle and the family's history now is emerging.

Interest has piqued so much that Williams is also in talks with Sony Entertainment over a potential television series on Tom Williams' life, she said.

"It's just beginning to get a little bit of an understanding of who he was," she said. "He really wanted to stay hidden because of the shame that was put on him, and he didn't want it to reflect on the family."

"Only after he died, really, could his story be told." 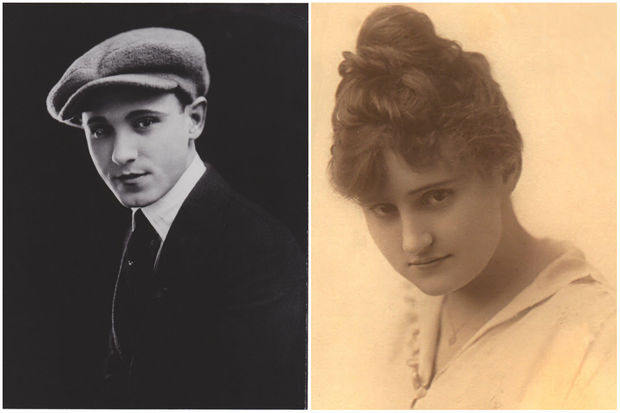 Tom Lyle Williams and his sister Mabel, for whom the business was eventually named and who served as Tom's original inspiration. [Provided/Sharrie Williams]

'The most handsome man' and his makeup

After seeing his sister coloring in her brows and lashes after the accident, Tom Williams asked if there were any beauty products on the market that could perform the same function.

Though skin creams, rouge and lipstick were all big sellers, eye makeup had to that point largely been ignored, he learned.

With a friend and a chemistry set, in 1915 Williams created his first product: Lash-Brow-Ine.

Williams was sued for the Lash-Brow-Ine name and its likeness to similar products. In 1917, he changed the name to Maybelline, after his sister.

For a time his budding business was headquartered at 4750 N. Sheridan Road in Uptown, but it moved to 5900 N. Ridge Ave., where Williams developed the distinct black makeup "cakes" that would put him on the map.

Chicago in the 1910s and roaring 1920s was the perfect place and time to launch a business that made Hollywood's exuberance and glamour seem accessible to everyday women.

It also made it easier for Tom Williams, an eccentric man and sharp dresser who flaunted his money with custom cars, fabulous clothing and his own makeup, to be himself to some extent, his great-niece said.

In a larger world that did not yet understand LGBT people, jazzy Chicago was a safe place to fit in.

"In the '20s, it was flamboyant in general, with the speakeasies and all the crime going on and the front pages, it was just a lot of drama," Williams said. Tom Williams "was kind of known for wearing his own makeup, hats and llama skin coats.

"My grandmother, when she first met him, said he was the most handsome man she'd ever seen." 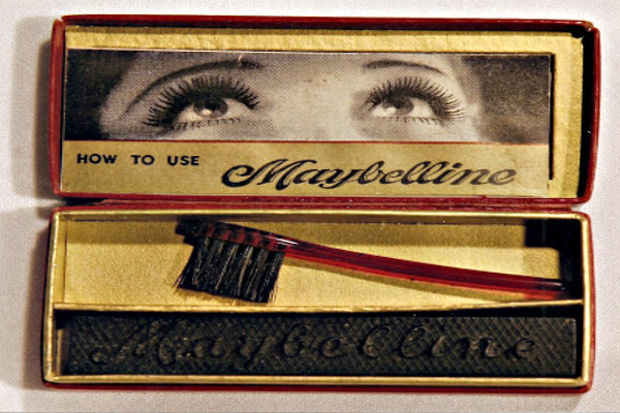 "Everyone had to be in the closet"

While some were accepting, others staunchly denied any allegations the cosmetics founder was in a loving union with another man.

Williams said her family always knew her great-uncle was "different" but lacked the context and societal acceptance to fully understand or come to terms with his sexuality.

When the Great Depression hit and the era of glitz and grandeur began to fade, the Williams family had a more difficult time blending in.

In 1934, Tom Williams had a custom car like one he'd seen at the The Chicago World's Fair delivered to Maybelline's Edgewater offices, infuriating the people starving and scrounging around them.

Tom's flamboyancy in attire and attitude also put a target on his back during a time when the government was conducting nationwide "witch hunts" to keep gay men from influencing the public, in particular women, his great-niece said.

Tom Williams suddenly found himself in a dangerous place.

"There were not designers like there are today that were gay and out in the '20s and '30s — it just wasn't done," Williams said.

Eventually, he and Shaver picked up and headed West to California, where Tom Williams bought Rudolph Valentino's former home in Hollywood Hills.

There, among the Hollywood types he aspired to rub elbows with, Tom Williams could be with his love and had beautiful women to hide behind.

Iconic actresses like Betty Grable and Viola Dana became the faces of Maybelline. In a signed photo, Joan Crawford said it was the eye makeup she "would never be without."

Like countless other LGBT pioneers throughout history, Tom Williams is virtually unknown despite founding one of the world's most famous makeup brands.

"It's a story you don't hear about because everyone had to be in the closet," said Andrew Clayman, creator of the Made in Chicago Museum that contains original Maybelline products. "So the LGBT community doesn't really have these pioneers of industry, when really they were there, probably in the same percentage as anybody else." 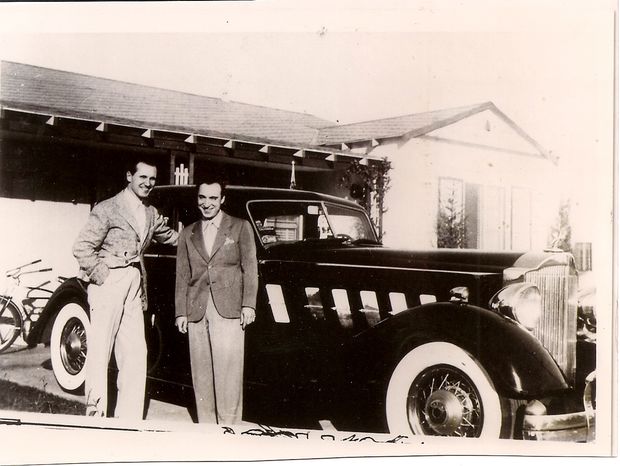 In 1964 Shaver died and Tom Williams soon after sold the company to Plough Inc., a pharmaceutical company.

"That's when everything exploded," Williams said.

Despite a promise to keep the company in Chicago and to retain its workers, Plough moved Maybelline to Little Rock, Ark., where for the remainder of Tom Williams' life he watched his company swell into a beauty conglomerate.

Old, alone and unwell, he also looked on in dismay as his family lavishly spent money from the makeup empire as he watched it transform from the company he built, Williams said.

In retrospect, he regretted selling it and wished he had groomed another family member to be his successor.

"He was very sad seeing the way Plough was changing everything," his great-niece said.

Today the company is owned by L'Oreal and known as "Maybelline New York" — "almost as if to spite Chicago," Clayman said.

Maybelline now tells a very different origin story. According to Maybelline today, Tom Williams' sister, spelled "Maybel," had been "in love with a man who was in love with someone else" and trying different beauty regiments to lure him.

"The rest is history," the company writes.

And under Williams' tenure, history was indeed made: Maybelline was the first cosmetics brand to plug advertisements over radio, offer before and after photos in ads, utilize the faces of movie stars to drum up publicity and use someone other than the founder's name.

Thanks to the younger Williams' book and supplemental research from Clayman, that story is now being told.

"It's a part of American history, and it's just been brushed under the rug," Williams said. 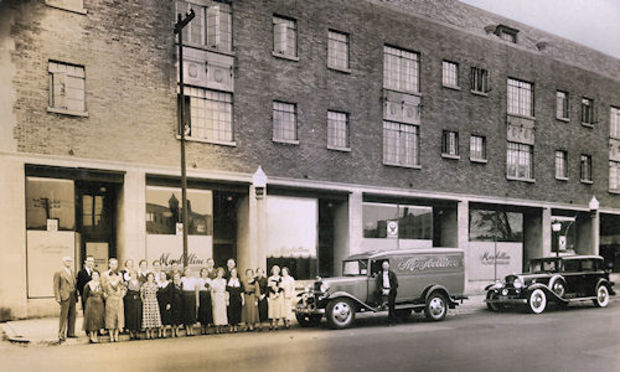 The Maybelline building in 1932 [Sharrie Williams] 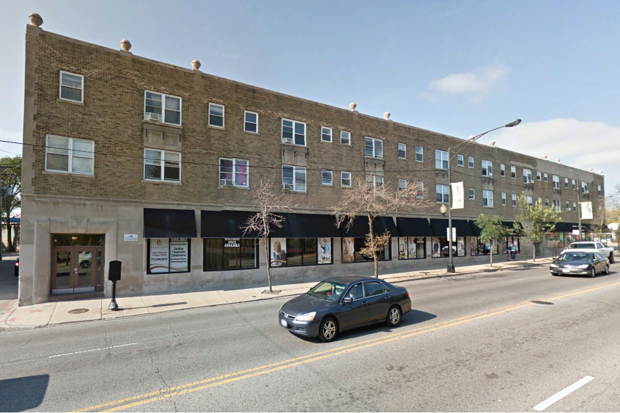 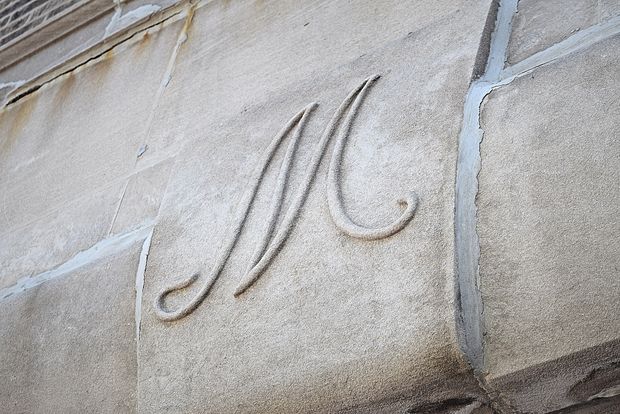 An "M" is still engraved above the Ridge Avenue door frame. [DNAinfo/Linze Rice] 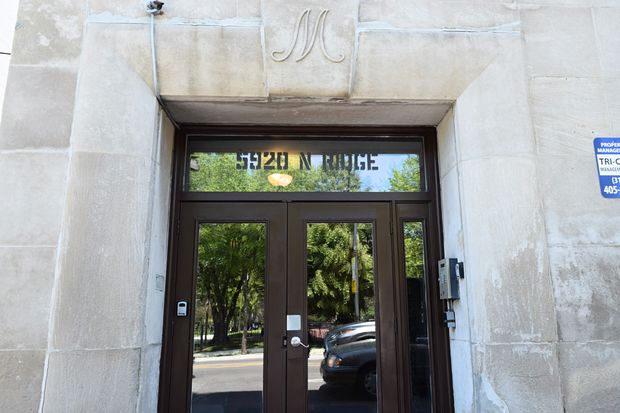