According to WGN, Metra expects to have to tear down the station in the wake of the fire that started around 4:30 p.m. and that is believed to have been caused by a lit cigarette being tossed into a nearby garbage can. Trains were briefly delayed while the Chicago Fire Department extinguished the blaze.

A five-month renovation project of the station's outdoor platforms began May 8, according to Metra.

Erik Tait of Morgan Park uses the Metra station where the fire occurred for his daily commute and said riders often relied the depot building to stay warm in the winter months. 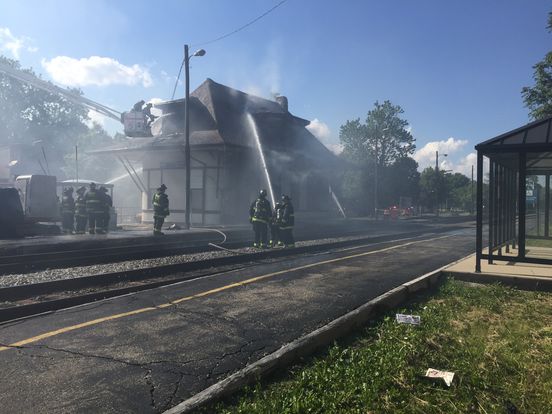 The Metra depot at 1982 W. 115th St. was destroyed Sunday by fire. The station was deemed a historic landmark in 1995. [DNAinfo/Howard A. Ludwig]

The Morgan Park Metra Station, 1982 W. 115th Street, opened 125 years ago in 1892. This afternoon it suffered severe damage in a fire. pic.twitter.com/FSAOMqT3LH