MORGAN PARK — Some 150 Special Olympic athletes converged Thursday at Kennedy Park for a softball and T-ball league meant to serve as a warm-up for a citywide competition.

The park at 11320 S. Western Ave. hosted athletes from nearby schools — many of whom have never played slow-pitch softball or T-ball, said Eileen Guinane of the Chicago Park District.

Guinane works directly with Special Olympics Chicago and said four other parks are also participating in similar leagues, including Bessemer Park in South Chicago, McGuane Park in Bridgeport, Norwood Park on the North Side and Piotrowski Park in South Lawndale. 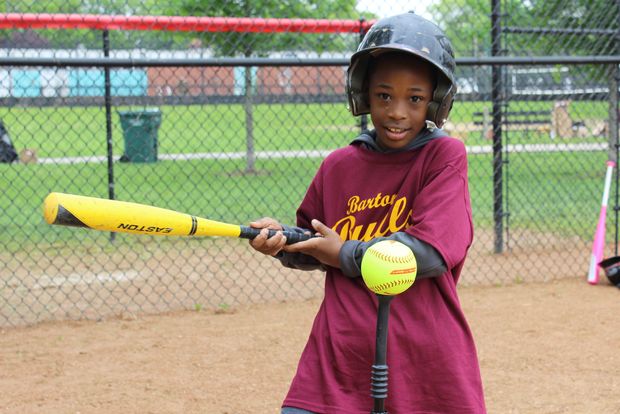 Cyrus Gillum, a fourth-grade student at Clara Barton Elementary School in Auburn Gresham, hits a softball off a tee Thursday at Kennedy Park. [DNAinfo/Howard A. Ludwig]

And while these parks host a Thursday league for 800 athletes between 8-22 years old, there's also a junior league for some 150 Special Olympians ages 4-14 on Saturdays at Ellis Park in Douglas, Vittum Park in Garfield Ridge and Kosciuszko Park in Logan Square.

Athletes from both leagues will gather for a two-day softball, T-ball and skills competition June 6 and 7 in Washington Park. This event in the Woodlawn neighborhood takes over 16 baseball diamonds with the winning team advancing to a state championship in September in downstate Decatur, Guinane said.

The partnership with Special Olympics is one of several efforts sponsored through the park district by the Chicago Cubs. For more than a decade, the Cubs Care charity has paid for gloves, bats, balls and more for Special Olympians, Guinane said.

"I think that baseball and softball awareness overall has gotten a boost now that the Cubs won the World Series," said Guinane, a Beverly resident. 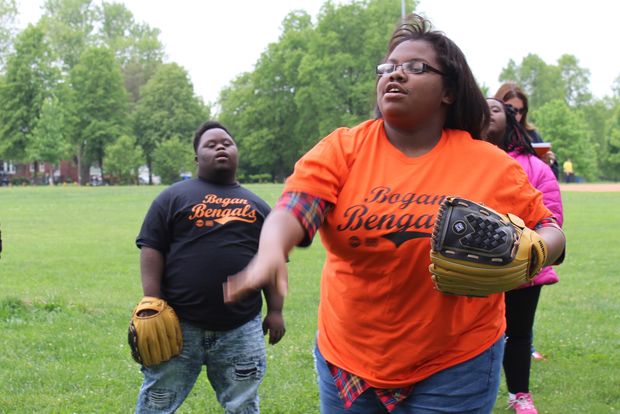 The nine-team Kennedy Park league will meet once more on June 1 ahead of the larger tournament, and Coach Jeff Daniel of Wendell Green Elementary School expects his 12 players to be ready.

"The glove is new to them," said Daniel, who added that he's previously played 16-inch softball with his athletes at the school in Washington Heights. 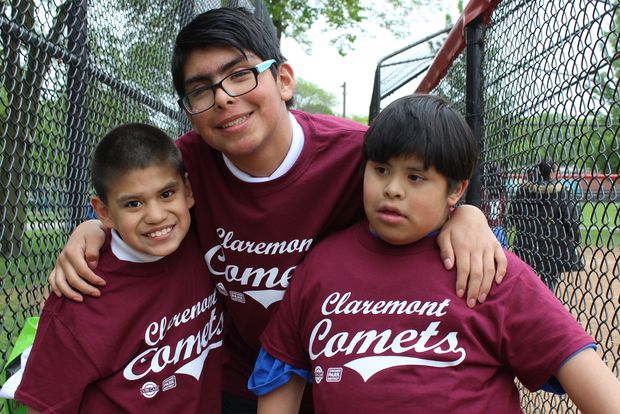 Special Olympians from Claremont Academy Elementary School in West Englewood played softball and T-ball Thursday at Kennedy Park. The athletes are part of a league that plays at the park ahead of a citywide tournament in Washington Park. [DNAinfo/Howard A. Ludwig]

Francisco Lopez of Bogan High School in Ashburn brought 17 students to the park and was busy teaching them to field ground balls. This is his third year participating in the Cubs-sponsored event, and he did so wearing a White Sox jacket.

A grinning Lopez said his students are also gearing up for the games next month. 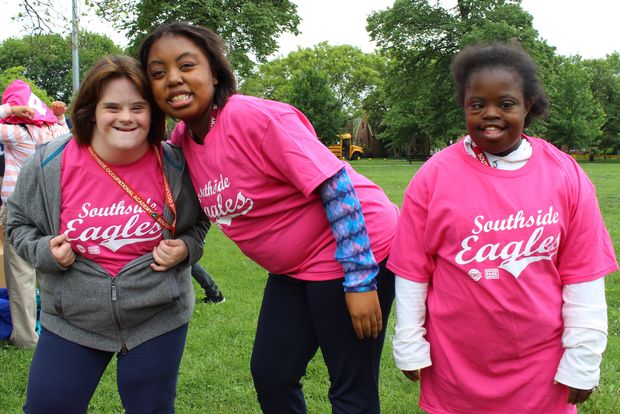 Special Olympians from Southside Occupational Academy High School in Englewood were given bats, gloves, jerseys and balls Thursday for a softball and T-ball league in Kennedy Park. [DNAinfo/Howard A. Ludwig]