CITY HALL — A proposal to build a five-story storage warehouse in the heart of Jefferson Park passed the full City Council with near-unanimity on Wednesday, closing the book on a months-long saga that became intertwined with a plan to build mixed-income apartments next door.

After months of contentious debate, there was no discussion at the council meeting Wednesday.

Under the plan approved by the City Council's zoning committee, LSC Development would demolish the building now standing at 5150 N. Northwest Hwy., the former home of the FSP food distribution center. In its place would stand a five-story, 68-foot masonry building with offices on the first floor.

Its zoning change sets the stage for construction of a 100-unit housing complex next door, which would rent 80 apartments below market rate and reserve up to 30 apartments for CHA voucher-holders. Developer Full Circle Communities has vowed to target the units toward veterans and people with disabilities.

However, Full Circle still needs to submit its own proposal to the committee and the Chicago Plan Commission before it can start building the apartments.

That process was incredibly "collaborative" and was not the subject of the intense protests like the Jefferson Park development, Emanuel said.

"Residents need to be heard," Emanuel said, echoing complaints voiced by opponents of the project that Arena had shut them out of the decision making process.

For much of their first terms in office, Arena and Emanuel were at loggerheads, with the alderman frequently criticizing the mayor. A political action committee funded by Emanuel's supporters blasted Arena during the 2015 campaign.

Since winning re-election in 2015, Arena has supported the mayor on a number of high-profile issues, including voting to support the mayor's 2016 budget, which included the largest tax increase in Chicago history. 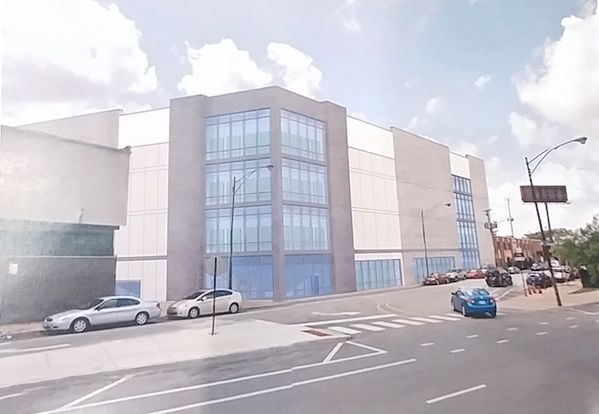 A projected view of the warehouse from the north [LSC Development]

The proposal sailed through the Chicago Plan Commission on March 16, but 14th Ward Ald. Ed Burke stepped in to block its passage in the zoning committee on March 27. It was again delayed last month, when committee chairman, 25th Ward Ald. Danny Solis, scheduled an unprecedented special zoning meeting to allow hundreds of public speakers to lend their voices on Monday.

The 3½-hour hearing Monday featured testimony from dozens of speakers for and against the proposal, filling a tense Council chamber with accusations of racism and corruption over an issue that's rippled across the city. Few in attendance mentioned the storage warehouse.

The debate has consumed the neighborhood since a raucous Feb. 9 meeting that was called to discuss the project, when speaker after speaker railed against the affordable units' potential to bring violent crime into a neighborhood known for its relative safety. Since then, opponents have mostly constrained their arguments to concerns about the building's height and its potential impact on traffic and school crowding. 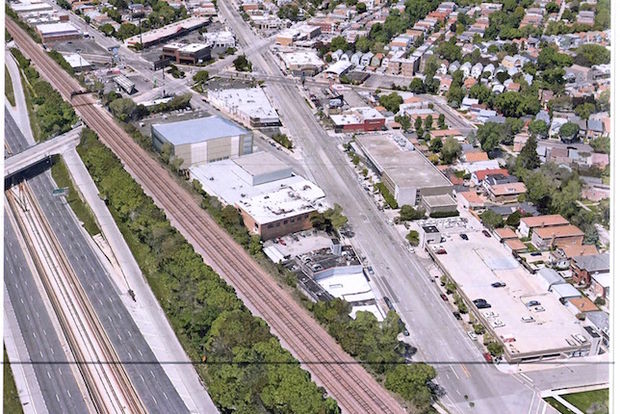 The zoning change was explosive enough to spawn two neighborhood groups representing opposite sides of the debate. They faced off last week with dueling press conferences centering on the question of whether racial animus fuels opposition to the project.

Ald. Anthony Napolitano (41st) joined opponents to say that Arena was "not listening to residents" in his ward.

Napolitano cast the sole "no" vote against the zoning change on Wednesday, bucking the unwritten rules that give aldermen the ultimate authority over developments in their own wards.

"I am standing strong in the face of that rhetoric to tell those folks that you have the right to speak your mind, but in the 45th Ward we will speak ours," Arena said. "I hope this conversation will empower and embolden folks who have been silenced ... folks in the disabled community who couldn't fight their way past that kind of anger."

But the most scathing rebuke of opponents came from Ald. Raymond Lopez (15th), who told Jefferson Park residents that they were undermined by their "own racist tendencies."

"You all go in opposition to this program — to this development — for your own reasons, and I get that," Lopez said. "But as I have seen and heard and experienced first-hand from your comments when you  ... say ‘If Arena wants to be alderman, he should work in Englewood.' I am one of the aldermen in Englewood. And I am outraged that any of you would come to this room and pretend that there is no grounds for the racist nonsense that you’re being accused of."

Many opponents of the warehouse on Monday called out the proposal's winding path to approval, citing a legal settlement opening up the city to a potential lawsuit if officials don't green-light the proposal.

In April 2016, the developer scored a permit to renovate the existing building and convert it into a storage warehouse, but Arena changed the zoning before construction could start. LSC Development sued the city in June, alleging Arena's "unreasonable neglect" caused the company "substantial financial damage."

The legal fight culminated in a settlement signed on Jan. 27 — one day after the five-story blueprint was made public — compelling the alderman to "agree to support and not to challenge" the new plan or risk triggering the developer's lawsuit anew. The agreement also gives the Council until July 25 to approve the zoning change allowing the project to move forward.

Opponents like Richard Gengler, a co-founder of Northwest Side Unite, seized on the unconventional process, saying Monday that it would "set a dangerous precedent" for future developments.

"After this, any alderman who wants to increase the value of a property can go and spot-downzone something, block development, invite a lawsuit and draw a settlement that bargains away our zoning," Gengler said. "How could you possibly let that stand?"

Northwest Side Unite has funded a lawsuit against the city, alleging that the proposal was born of an "illegal process" and would cause "irreparable harm" to immediate neighbors.

Attorney Peter Stasiewicz, who represents the plaintiffs, suggested that he would file an emergency injunction to delay the project.

Stasiewicz and his clients are “considering all their options should the [development] pass,” the attorney wrote in an email Tuesday.

“Nothing is set in stone, but a new motion for a temporary restraining order is certainly on the table along with other possible options,” he added.

A judge shot down a similar injunction filed by Stasiewicz last month.