By the end of May, half the on-street parking will disappear along the avenue between Addison Street and Irving Park Road, making way for buffered bike lanes in both directions, according to Arena's office.

The lanes were the top vote-getter in the ward's 2015 participatory budgeting process. That same year, a study commissioned by the city's transportation department found that parking lanes along the half-mile route are rarely more than one-quarter filled with parked cars, according to Owen Brugh, Arena's chief of staff.

Transportation officials "believed there was more than twice as much parking as was needed along that stretch, so they thought it was prudent to remove those spots," Brugh said. "Milwaukee is a major bicycling street through the city, and this addition will make a significant connector in the the city's bicycling network." 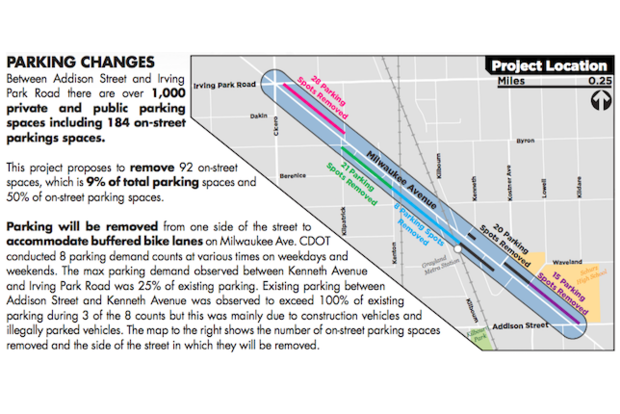 On the longer section of Milwaukee connecting the Six Corners Shopping District to the Jefferson Park Business District at Lawrence Avenue, fresh parking boundaries and "sharrow" symbols will sketch out "marked shared lanes" guiding a path for cyclists without removing any existing parking spots, Brugh said.

Once the paint job is completed, bike lanes will trace Milwaukee from Addison all the way up to Devon Avenue in Norwood Park.

While welcome news for cyclists, the coming changes aren't without critics.

"All our customers park out front," Prodoehl said. "And if we lost that, then whenever we got a new shipment, the delivery truck would have to come around back on Byron [Street] and block people. That would suck." 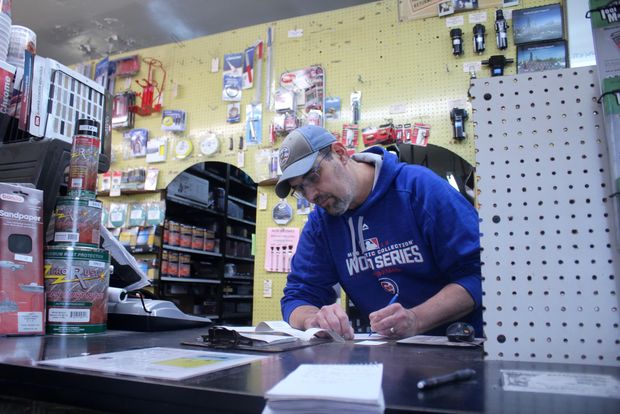 The new lanes come three years after Arena backed a "road diet" for Milwaukee Avenue along the Gladstone Park corridor, which would have narrowed traffic to one lane in each direction and installed protected or buffered bicycle lanes. But the plan drew scathing criticism from constituents who worried that removing parking spots would snarl traffic and hurt neighborhood businesses, and Arena dropped the plan.