The tanks were delivered on a flatbed trailer. Installers and a few others were offered a rare glimpse inside the new restaurant and brewery at 10934 S. Western Ave. in Morgan Park.

Owner John Brand expects to open in mid-June. Already, the bar and other accents have been built using vintage barn wood he's hand selected from a wood collector in the Downstate town of Wing.

The tables have been made from wood pulled from the floor joists of a shuttered hardware store in Colfax, Ill. The roughly 4,000-square-foot brewpub will have seating for 110 people, Brand said. 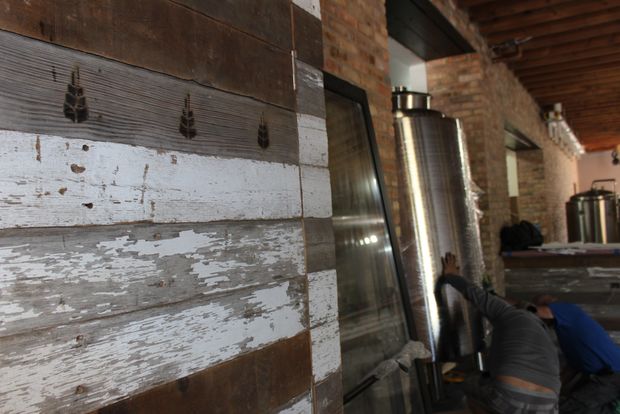 He bought O'Brien's Pub on March 9, 2016 with plans to quadruple the size of the modest bar, expanding into adjacent storefronts to create the brewery. O'Brien's closed Nov. 1.

Five stainless steel serving tanks — previously used by nearby Horse Thief Hollow in Beverly until the business outgrew them — will be featured behind the bar. Brand will also have a 16-handle beer tap, serving his homemade beers alongside a few others.

Those seated at the bar will look in on the tanks as well as other beer-making equipment. The taproom will be separated from the restaurant with several large, glass windows.

Meanwhile, the kitchen will be on the north end of the building and will be framed to look like a food truck, said Nate Lichtenfeld, the general contractor and owner of Chicago Alliance Builders.

A sliver of an actual delivery truck that includes the door and wheels and other elements will be attached to the wall. Members of the Beverly Area Arts Alliance will be responsible for the artwork on the truck, said Lichtenfeld, a Beverly native, who also built Wild Blossom Meadery in nearby Washington Heights.

Finished orders will be served from the truck's window that faces the bar. The see-though kitchen also prominently features a wood-fired oven that will be used to make Neapolitan pizzas and more. 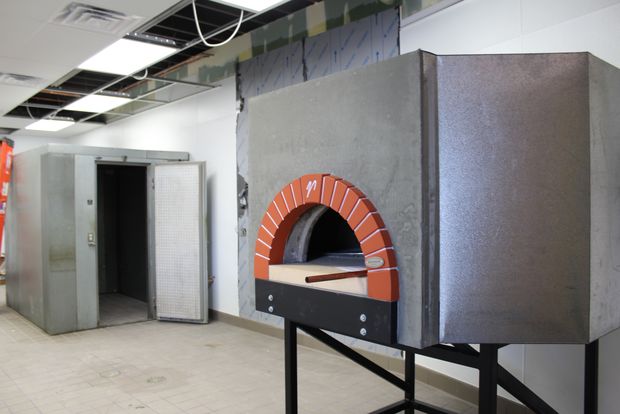 A glass garage door has also been installed at the front of the building, facing southbound Western Avenue. This will offer the restaurant — named for the owner's previous career in the futures market — an opportunity to be open to the street when the weather cooperates.

"The support and enthusiasm from everyone in the neighborhood has been so impressive," said Brand, adding the pressure is on to meet expectations.