Ebony Through The Years: Iconic Black Mag Ditching Chicago For The Coasts

CHICAGO — Ebony is moving its writers from Chicago to the coasts, ending an era for the iconic black magazine built on Michigan Avenue.

The Texas owner of the monthly magazine said its decision last week to cut editorial staff and consolidate its writers mainly in Los Angeles was based on a need to expand Ebony's digital presence and be closer to the celebrities it covers.

While Michael Gibson of Austin, Texas-based CVG Group, which acquired Ebony and JET last year, said the publications will continue to be "exciting magazines, exciting places to visit and be a part of," its writers on staff won't be a part of Chicago, the city Ebony has called home since 1945.

"We looked at it and decided when you look at all of our activities, all of our events, cover shoots, most of that work was being done in Los Angeles already," Gibson said. "The kinds of articles we find [our readers] are interested in are articles that have sort of emanated from the West Coast."

Ebony will retain some staff writers based in New York, while Ebony Media CEO Linda Johnson Rice and her staff on Ebony's production side will work out of Chicago, Gibson said.

Despite Ebony's downsizing here, Gibson said the company is "100 percent committed" to retaining its Chicago presence.

"It's going to continue to be the headquarters for Ebony and JET," he said.

Gibson declined to disclose how many writers lost their jobs, but the Tribune reported last week that Ebony slashed about a third of its staff, including its editor-in-chief. Tracey Ferguson, who's the editor of what's now the millennial-focused JET, will lead coverage of both magazines out of Los Angeles.

The move came amid turbulent times at the magazine, including a chorus of Ebony freelancers taking to social media to report they had not been paid for their work. Gibson apologized for the confusion and chalked up the payment lapses to Ebony switching to a new accounting system.

"As we did that, some of the invoices slipped through the crack," he said. "Over the next 30 days, we're going to take care of everybody."

Gibson stressed that, despite the layoffs, better times are ahead for Ebony. The magazine will continue to take pitches from writers across the United States and is pushing into sports coverage in an attempt to broaden its readership.

Ebony and JET last week signed with WME — the Los Angeles talent agency headed by Ari Emanuel — to use the publications' extensive archives and name recognition "to create new opportunities across all forms of media," WME announced in a statement.

"Our digital presence is going to grow," Gibson said. "There will be a place you can go and get the latest news, and it will be the most authentic voice for the African-American community, whether it's in print or digital."

But the decision to move its writers from Chicago still stings. Here's a look back at Ebony's heyday: 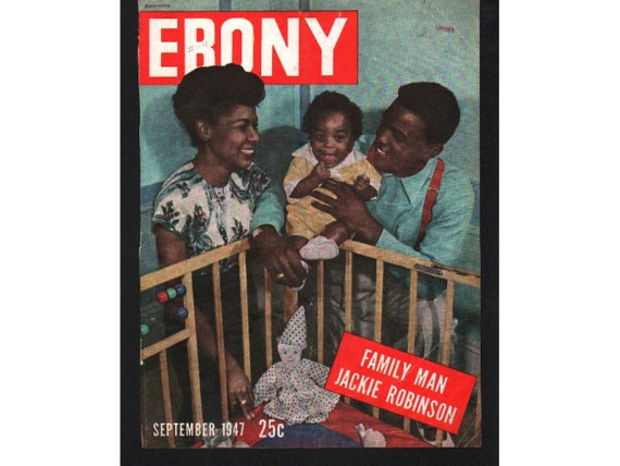 Founded by John H. Johnson, the magazine was a cornerstone of a publishing empire that included JET and inspired many other rivals such as Essence, Vibe and The Source. Ebony's print circulation peaked at nearly 2 million in 1997.

The magazine built its brand on being a publication by and for black people, with a focus on fashion, lifestyle and entertainment. Johnson modeled Ebony after LIFE magazine. 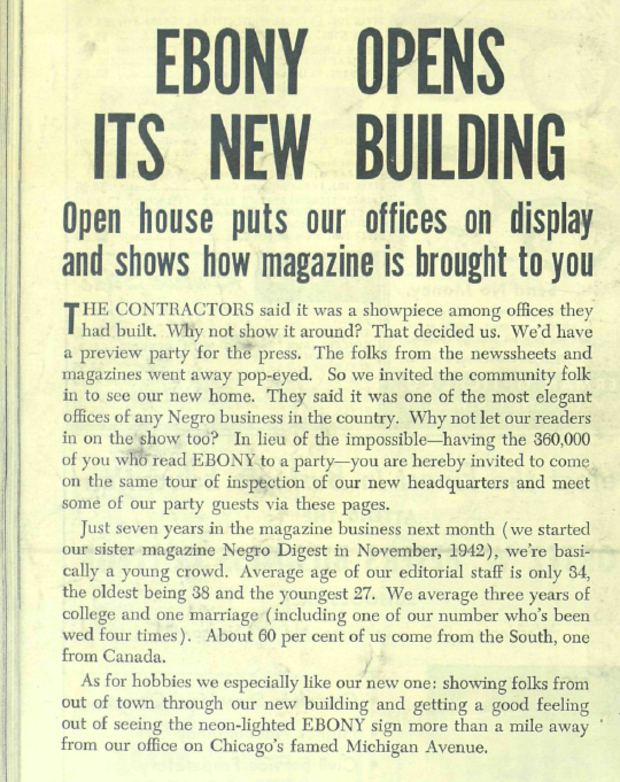 Ebony moved to a former mortuary in the South Loop in 1949 (Johnson reportedly posed as a janitor while touring the property) before building its own tower overlooking Grant Park in 1971. The magazine called the latter tower at 820 S. Michigan Ave. home for decades, and city officials are considering giving the building landmark protection. 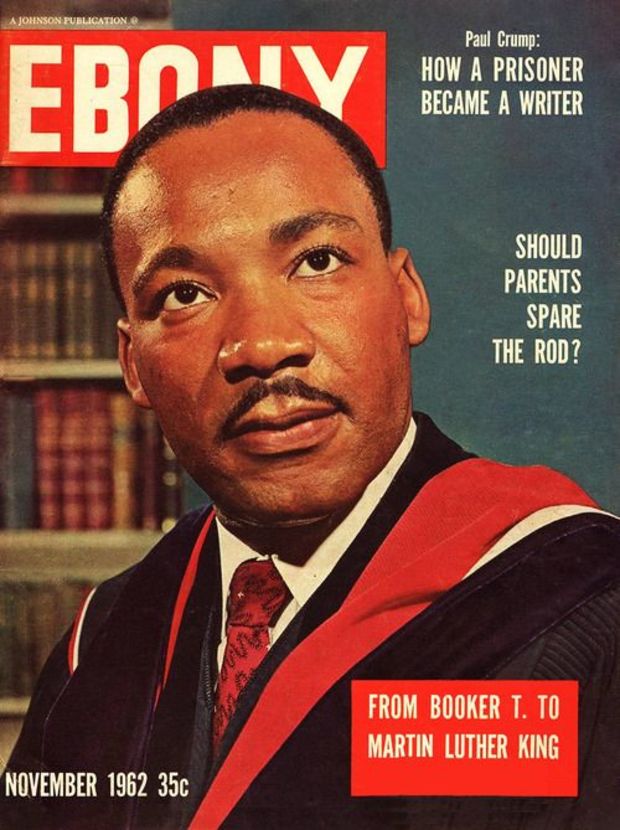 [The following images are from Google Books]

Martin Luther King Jr. made his first Ebony cover in November 1962, about nine months before his iconic March on Washington and "I Have A Dream" speech. 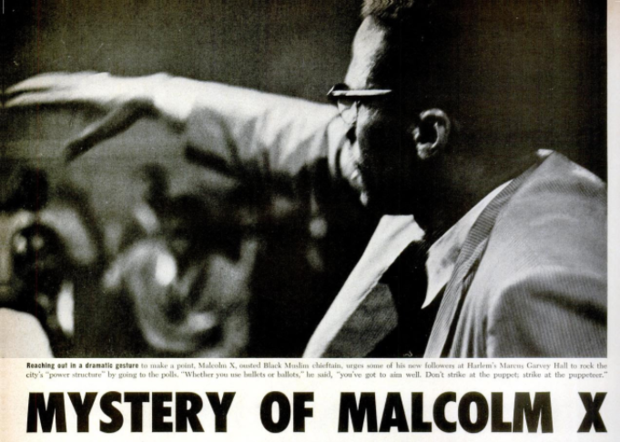 Ebony ran this feature on Malcolm X in September 1964 after his separation from the Nation of Islam. His quote in the caption: "Whether you use bullets or ballots, you've got to aim well. Don't strike at the puppet; strike at the puppeteer." He was assassinated less than six months later. 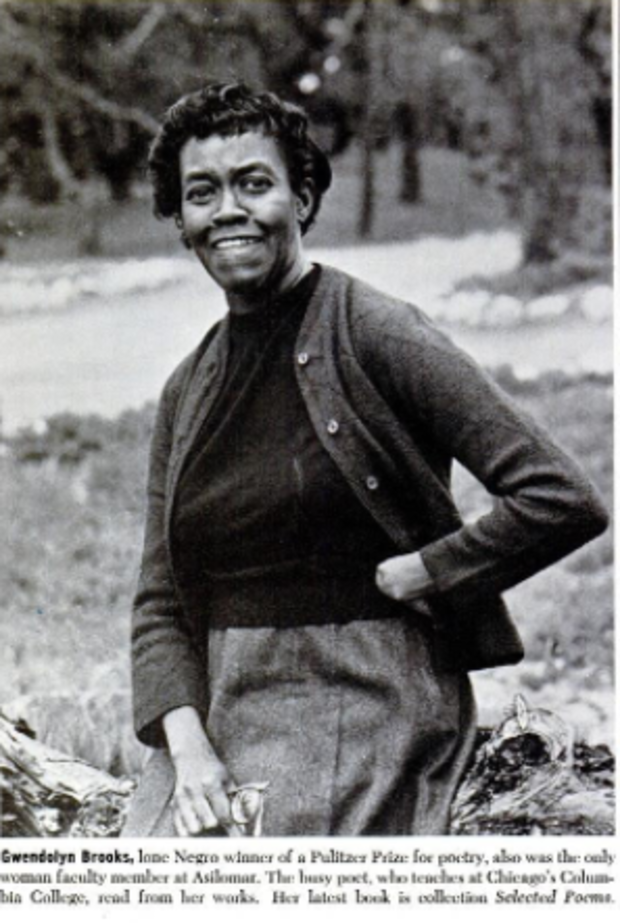 Ebony ran this photo of Pulitzer Prize winner and Illinois Poet Laureate Gwendolyn Brooks in 1964. The magazine recommended Brooks' debut collection "A Street in Bronzeville" in 1945, five years before she became the first black person to win a Pulitzer. 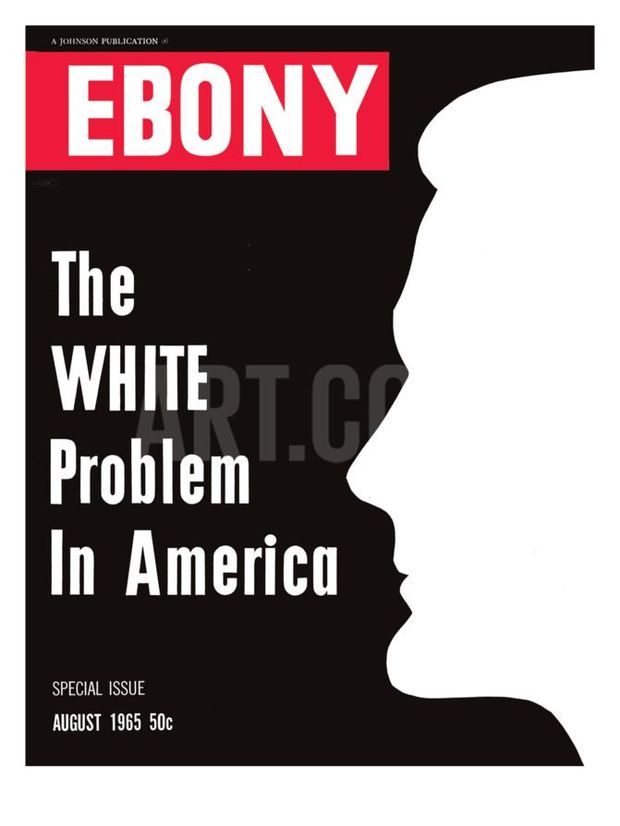 Ebony later published this 1965 cover story as a book. 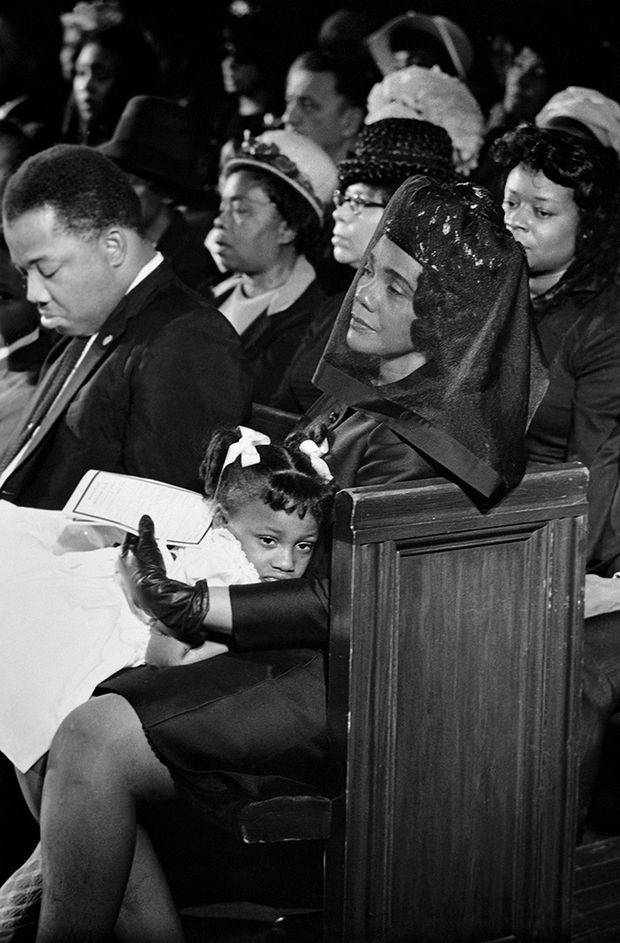 Ebony photographer Moneta Sleet Jr. won a Pulitzer Prize in 1969 for this photo of Coretta Scott King and her daughter, Bernice, during Martin Luther King Jr.'s funeral. Sleet was the first black man to win a Pulitzer. 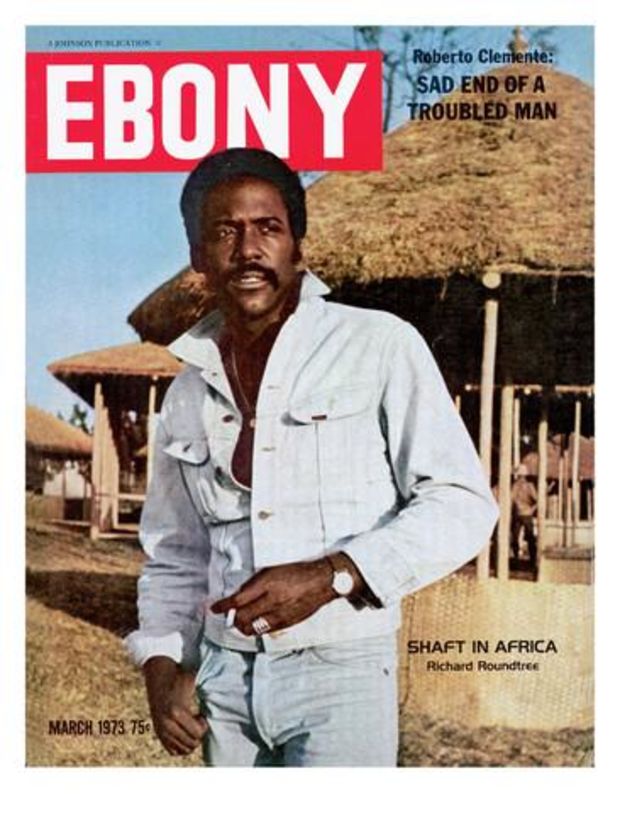 Ebony has focused for decades on black celebrities and entertainment. The magazine's owner said its decision to move the magazine's editorial staff to the coasts reflects this focus. 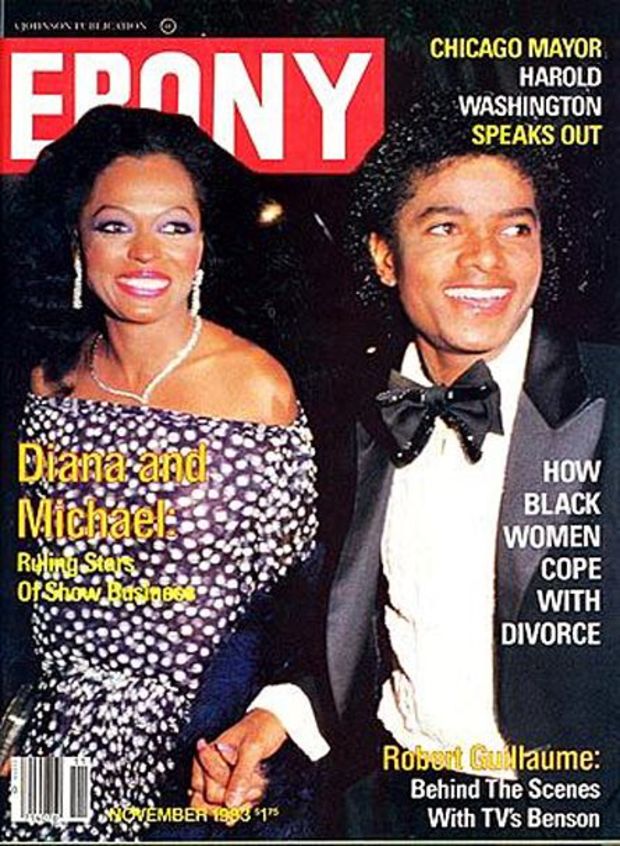 Diana Ross and Michael Jackson appeared on a 1983 Ebony cover. 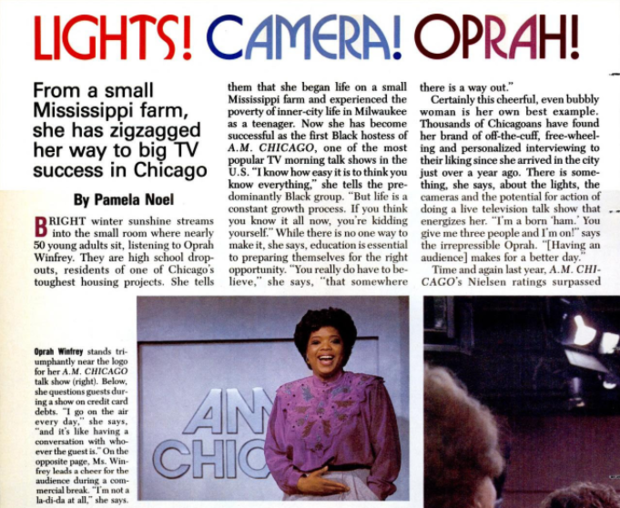 Ebony profiled Oprah Winfrey in 1985, when her local morning talk show was beginning to make waves in Chicago. 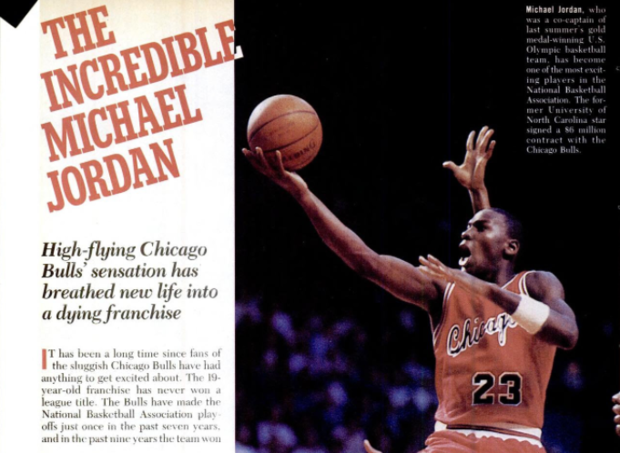 Ebony did a feature on Michael Jordan in 1985. "Certainly he has a very charismatic style with an ability to excite people," fellow NBA Hall of Famer Julius Erving says in the article. 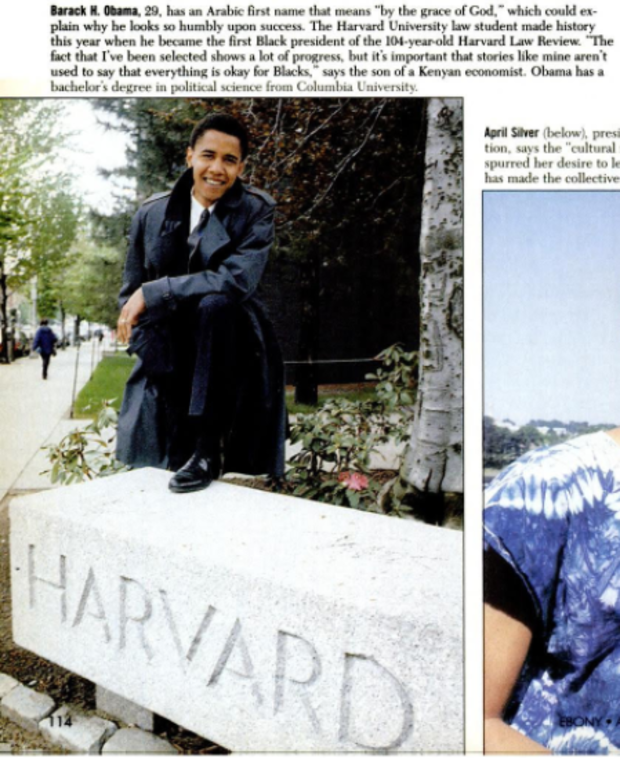 A 29-year-old Barack Obama appeared in a 1990 Ebony feature on up-and-coming black leaders. The piece was titled "In Pursuit of Excellence."