THE LOOP — The latest installment in Mayor Rahm Emanuel's year of public art? "Flying creatures" hanging from a light pole in the Loop.

The first creatures — a little imp and some sort of winged bear-pig — can be seen at Randolph Street and Wabash Avenue.

"Flying Creatures will be a series of kinetic street sculptures — or modern gargoyles — designed to animate Chicago’s streetscapes," said Mary May, a spokeswoman for the city's Department of Cultural Affairs and Special events. 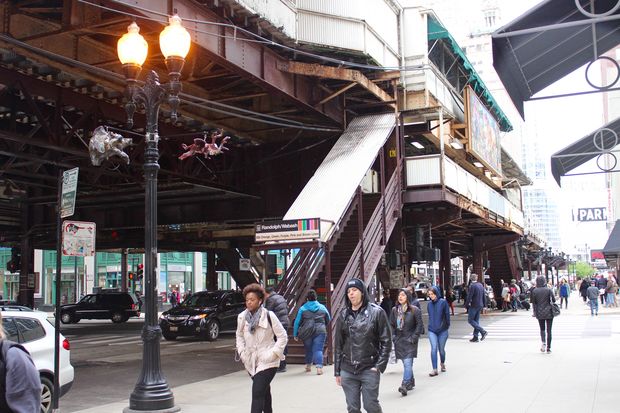 Pedestrians passing by the Flying Creatures at Randolph and Wabash. [DNAinfo/David Matthews]

Emanuel declared last year that 2017 would be a "year of public art," setting aside $1.5 million for installations in each of Chicago's 50 wards. Emanuel said then that "art is vital to a neighborhood's spirit and the quality of life for residents."

Though the Loop gargoyles hang at a prominent intersection near a CTA stop, most pedestrians walk by without noticing them.

"I wouldn't have seen them if you didn't point them out," said Tim Amos, a restaurant worker who was standing underneath the creatures when approached by DNAinfo.

Amos liked the sculptures, saying the juxtaposition of the little demon next to a relatively innocent-looking pig represented an abstract "angel/devil" contrast.

"But I'd be surprised if the response you get [from other people] isn't 'it's not Halloween yet,'" he said. 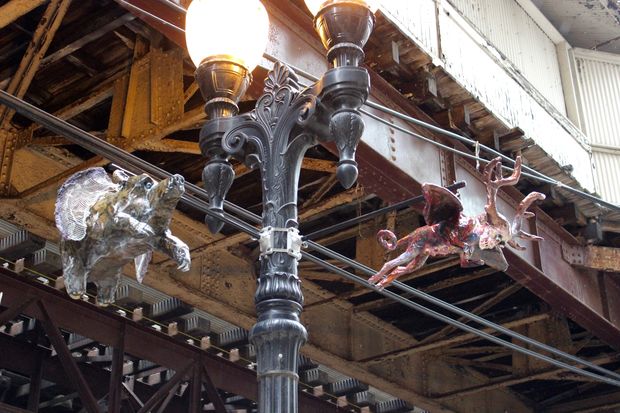 The first "Flying Creatures" in the Loop. [DNAinfo/David Matthews] 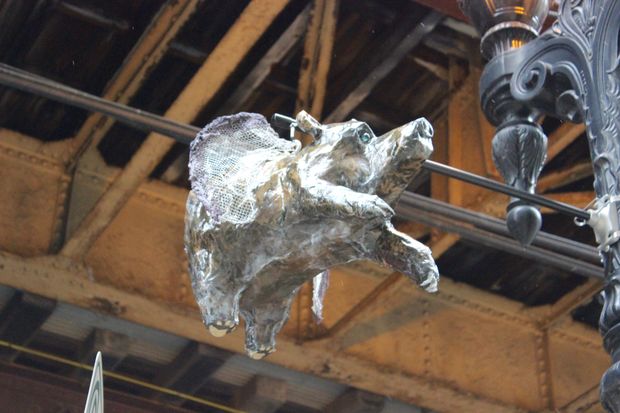