Top Chefs To Gather For James Beard Awards, And You're Invited

THE LOOP — The crème de la crème of the restaurant industry will converge on the Lyric Opera House Monday night for the annual James Beard Awards, dubbed the "Oscars of the food world."

Chicago chefs are among the nominees in some of the evening's most prestigious categories, including Outstanding Restaurant, Outstanding Baker and Rising Star Chef.

The award ceremony and the tasting reception that follows are open to the general public. Tickets to the gala are $500 per person (click here) but if that's too rich for your blood, the event will be streamed live on the James Beard Foundation website.

The evening gets underway at 6 p.m., with Jesse Tyler Ferguson of "Modern Family" fame serving as host at the opera house at 20 N. Upper Wacker Dr.

This is the third year that the Beard Awards, established in 1990, are being held in Chicago. At the 2016 ceremony, Alinea took home the prize for Outstanding Restaurant.

Here's the hometown culinary talent to root for Monday: 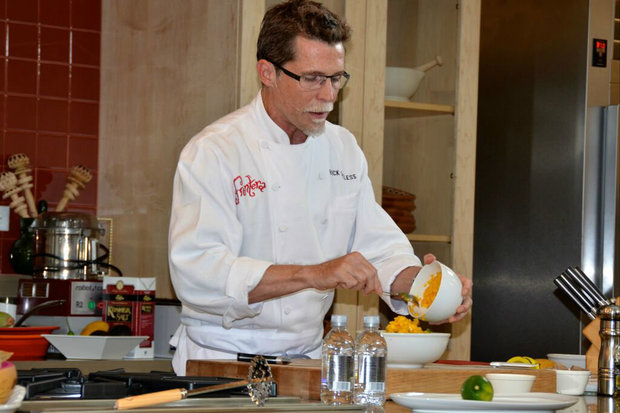 The Rick Bayless-helmed restaurant, which opened in 1989, has been nominated in this category before, but has never won. Bayless himself was honored with a Beard Award as Outstanding Chef in 1995.

Nominees in this category must have been in operation for at least 10 consecutive years and are considered "a national standard bearer of consistent quality and excellence in food, atmosphere and service." 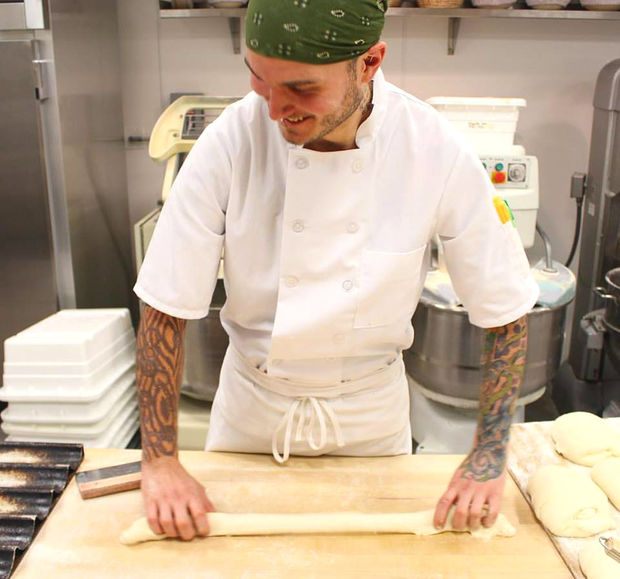 At Publican Quality Bread, Greg Wade oversees a staff of eight, who turn out 4,000 loaves each week for more than 20 restaurants, including Blackbird, Dove's Luncheonette and Nico Osteria.

Wade quickly has earned a reputation for his whole grain long-fermented breads. One loaf of sourdough can take as many as 60 hours to produce, start to finish.

The Outstanding Baker category was introduced in 2015 to distinguish bakers from pastry chefs. 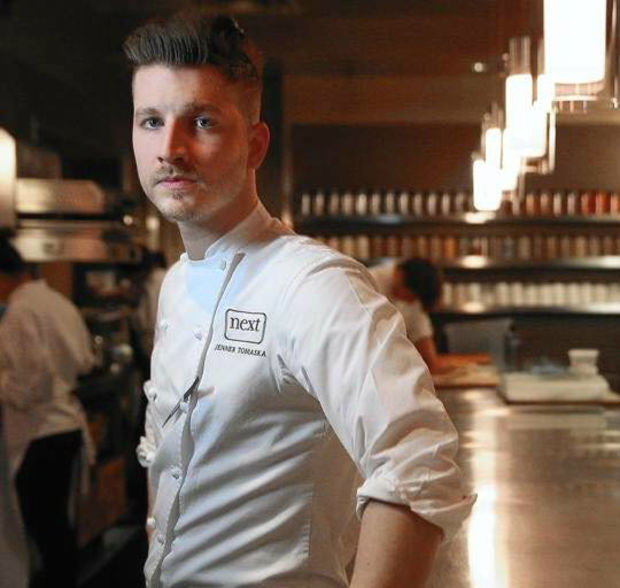 Jenner Tomaska works his magic at Next, and was also a Beard nominee in 2016.

The Rising Star category honors a chef age 30 or younger "who is likely to make a significant impact on the industry in years to come." 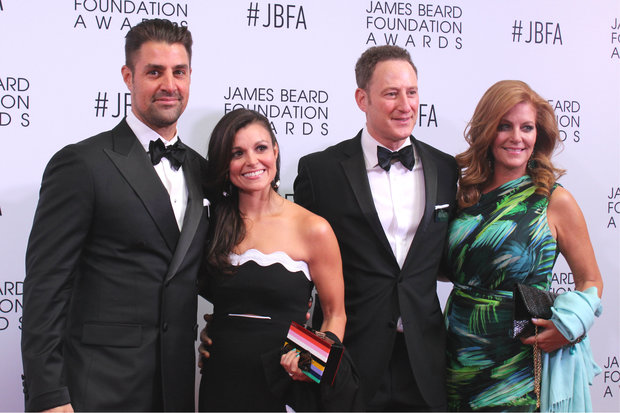 Kevin Boehm and Rob Katz are partners in the Boka Restaurant Group, which includes Boka, Girl & the Goat and Momotaro, among others. They were nominated in the same category in 2016.

For the second year in a row, Chicago chefs swept the nominations in this category, guaranteeing the city at least one win. Curtis Duffy of Grace took home the Beard Award in 2016.

The 2017 nominees are Abraham Conlon of Fat Rice; Sarah Grueneberg of Monteverde; Beverly Kim and Johnny Clark of Parachute; Lee Wolen of Boka; and Erling Wu-Bower of Nico Osteria. 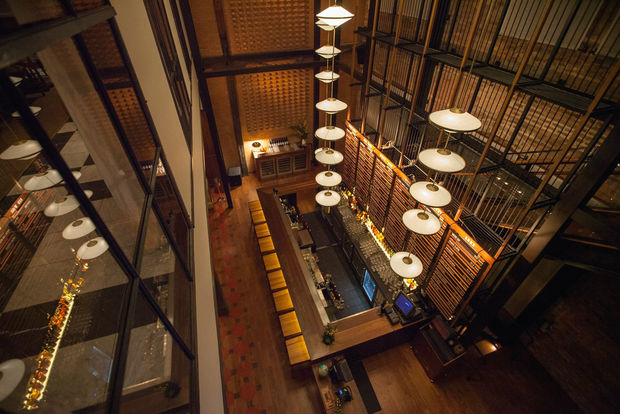 According to a description of Momotaro's design provided by AvroKO, highlights include "bathroom walls enveloped in 991,000 individual blue ink pen strokes done by a collaboration of art students; a drinks menu designed to evoke vintage brokerage boards; and massive two-story pendant lighting inspired by the formal qualities of a Sorabon (a device similar to an abacus)."

Chicago's Land and Sea Dept. took home the award in this category in 2016 for the firm's work on the Cherry Circle Room in the revamped Chicago Athletic Association.