Construction Dust Is Choking Us And Our Businesses, Broadway Merchants Say

LAKEVIEW — As tempers stir along with the clouds of dust caused by water main construction on North Broadway, city officials are blaming a "unique" series of factors stemming from the once-in-a-century project for causing the poor conditions along the street.

In essence, it's the perfect dust storm.

With five months down and at least two more to go until construction is complete, some merchants on the block say the city hasn't done enough to mitigate conditions that have turned Broadway into what they are calling the new "Wild West."

Business owners are struggling with a "significant" loss of business on the popular retail corridor, they said. Already sparse parking has become virtually nonexistent, while dust fills their lungs, coats store shelves and drives away foot traffic.

Some, like fashion designer Richard Dayhoff, have taken to wearing face masks to ward off potential health hazards from breathing in the dusty air all day. They've logged hours dusting and sweeping as they await the end of project, set for June.

"I'm trapped breathing in this dust all day," Dayhoff said as he runs Zeglio Custom Clothiers, 3341 N. Broadway. "You can feel your eyes burning and your nose burning, and they say we just have to put up with it." 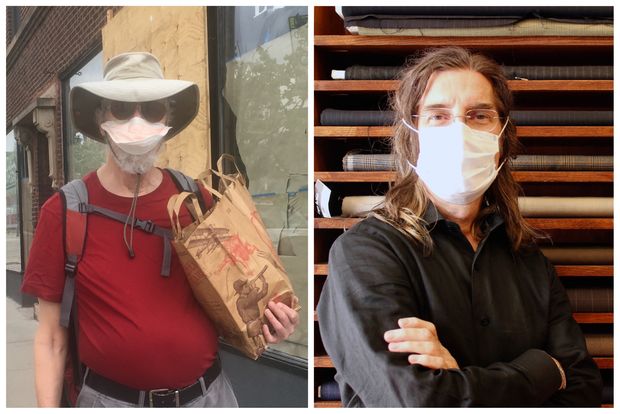 The 100-year-old water and sewer lines from Belmont Avenue to Irving Park Road are prone to flooding and must be replaced, officials said. Around Lakeview, a massive water main replacement has been in the works for at least a year, but Broadway has been unusually dusty for several reasons, officials said.

"It's just a more invasive project," said 44th Ward Ald. Tom Tunney. "And we can't forestall these types of infrastructure improvements until a rainy day."

Several utility companies must coordinate with the city to get down to the underground mains, which are buried below services lines for AT&T, Comcast, RCN, Peoples Gas and ComEd, said Gary Litherland, spokesman for the city's Department of Water Management.

The extent of the project — replacing water and sewer lines on both sides of the street — also means each step takes more time, Litherland said. Normally, after the new mains are laid, trenches are packed with gravel and, a couple days later, covered with cold patch, an asphaltlike substance that seals off the gravel and prevents excess dust. 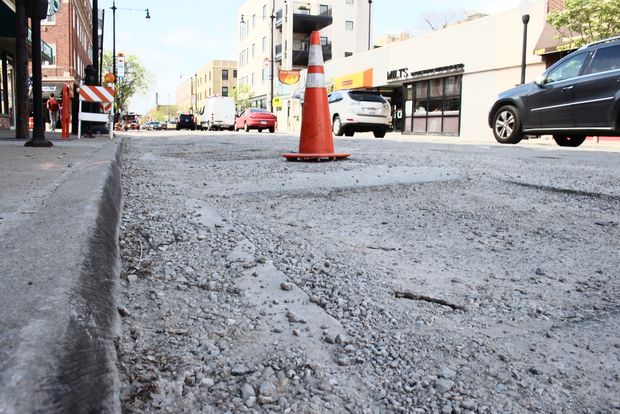 "In this situation, the cold patch was not able to keep up with the water main crew," Litherland said. "You have to understand, it's a continuous process. As they continue trenching, they keep putting the stone in, which causes the dust."

Waiting on cold patching crews or diverting workers to spray water on the street to control the dust would only prolong the project, and "we really want to get this done as quickly as we can," Litherland said.

"Let's face it: Construction is just one of those things that creates a lot of dust," he added. "And there are times when they have to keep moving and don't have time to do all the nice stuff we'd like to do if it means getting a little more done a little quicker."

It's a "unique" project that requires the full-time attention of Dan Manoli, Tunney's director of infrastructure.

"On no other main [street] is there a turn like that with CTA buses and delivery trucks going through," Manoli said of the corner of Roscoe and Broadway. "They're using that same gravel on Southport, but there's no CTA on Southport, so you don't see the type of dust we're getting on Melrose, Aldine and Roscoe."

Tunney's own Ann Sather restaurant at 3415 N. Broadway has lost about 15 percent of its business compared to last year, the alderman said. Others, he added, have seen more drastic drops in revenue.

"These are times when local businesses need local support the most," Tunney said.

Wigglyville, a boutique pet shop with a second location in the West Loop, is down to one-third of its usual business, said Thomas, who runs the store with his wife and a third business partner.

"I feel like the city just abandoned us as residents and as merchants," said his wife, who declined to give her name. "It's very draining, and there are a couple little things that could have prevented even more anger." 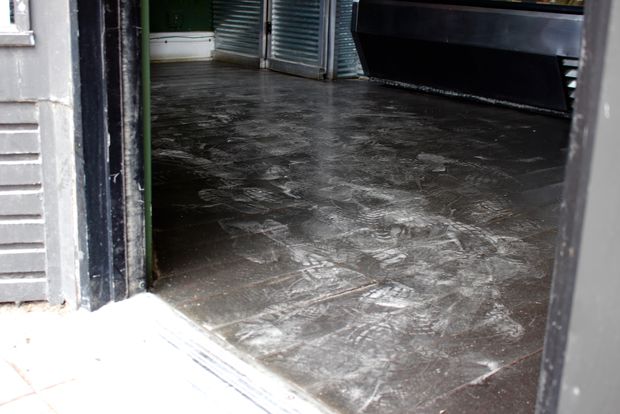 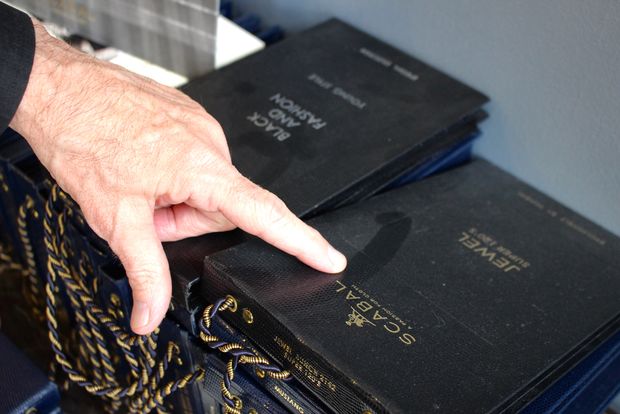 Among them, the couple said they wish crews would more consistently hose down the road to eliminate dust and allow as much parking on North Broadway as possible.

"Construction people were parking where our customers could be parking," she said. "That doesn't coincide with the city's push for small business."

In the five months since work began to replace mains on Broadway, parking has been at an even higher premium than usual along the Lakeview East strip.

Some say the parking woes have an even bigger impact than the dust.

Loyal customers of Ms. T's Southern Fried Chicken have been trickling in since the former Harold's Chicken Shack No. 42 relocated to 3343 N. Broadway from Uptown one year ago.

Then the construction started.

One out-of-town customer made the trek on her birthday for some of the Taller family's chicken wings, fish dinners and buckets of fried goodness.

As the woman picked up her order and chatted with owner Nita Taller, her car was towed.

"And now a chicken dinner has cost you $200," Taller said. Unsurprisingly, "she hasn't been back."