STREETERVILLE — A Subaru apparently hit a bicyclist Tuesday afternoon near the unfinished Navy Pier Flyover, smashing the car's windshield and reportedly sending the bicyclist to the hospital.

The driver and police declined to comment immediately following the apparent collision at noon on Lower Lake Shore Drive at Grand Avenue. But remnants of the crash, including a mangled bicycle and busted Subaru windshield, were on full display.

Police spoke with the driver before loading the bicycle into their truck and leaving the scene. The driver pulled his car out onto Grand Avenue, away from traffic, after speaking with police and declined to be interviewed.

Police spokespeople could not immediately confirm details, but the bicyclist was sent to the hospital after he "flew into" the Subaru's windshield, according to a scanner report.

The collision occurred next to the site of the future Navy Pier Flyover, a new bicyclist and pedestrian overpass under construction near the Streeterville tourist attraction. The flyover is expected to open later this year. 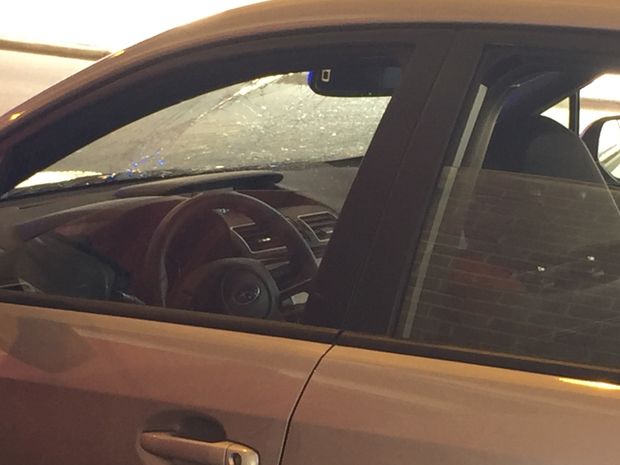 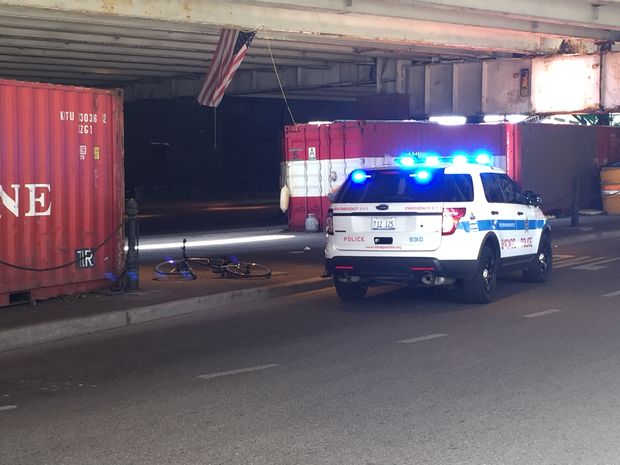