DUNNING — Crews have begun work on an eight-classroom module in the parking lot of Bridge Elementary School, 3800 N. New England Ave., in an effort to provide relief for one of the city's most overcrowded schools.

The module is projected to be ready for students in September 2018, according to the 2017 CPS capital improvement budget, which includes most of the funding for the $7 million project. Three classrooms in the school's main building, meanwhile, will be converted into a lunch room. 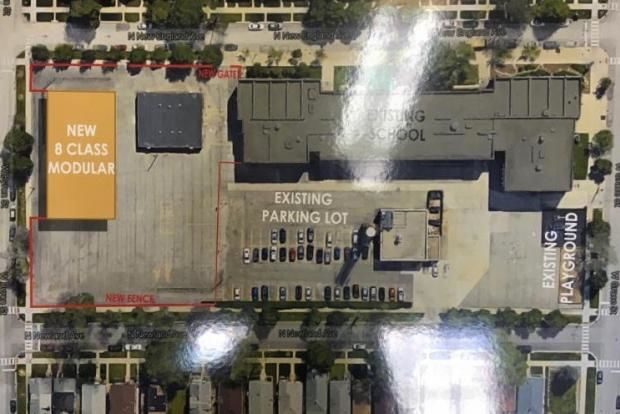 Ald. Nicholas Sposato (38th) had long lobbied for the funding, saying when the module was announced last year that it showed "the mayor and school district leaders are listening to my community."

Bridge, whose main building is meant to accommodate 480 students, began the 2016-17 school year with 1,105 pupils, according to CPS data. Even with an existing four-classroom module and a satellite campus at St. Priscilla Church, 7001 W. Addison St., a CPS formula puts the school's utilization rate around 136 percent.

CPS leaders have also approved construction of a "middle-grades school" in the Read-Dunning area, set to open by fall 2019, as another bulwark against overcrowding. With a planned capacity for about 1,300 students, the building is at the center of a fierce debate over whether it should be an independent high school or a satellite campus for Taft High School, 6530 W. Bryn Mawr Ave, as the principal there has argued.