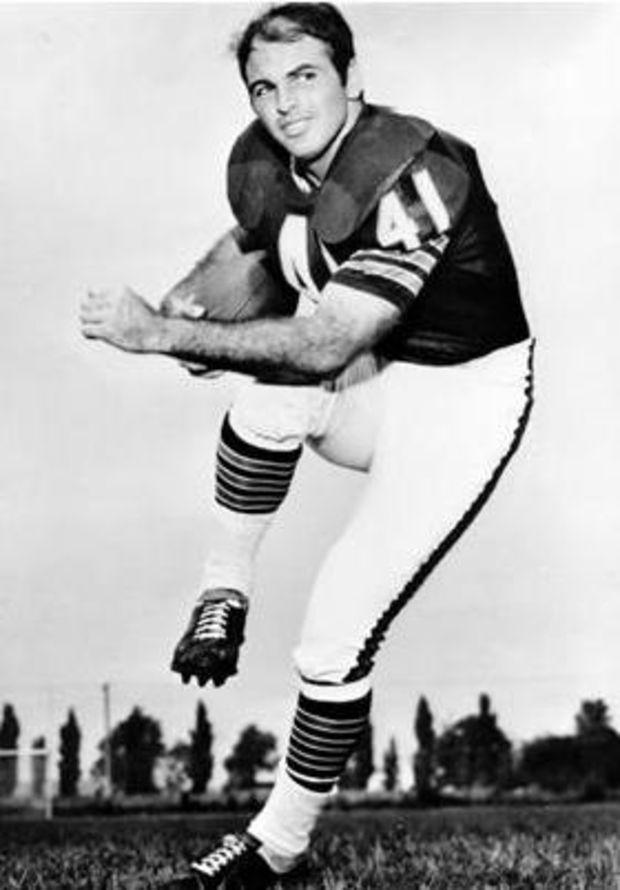 Piccolo Park will be built on the same block where the former Bear running back once lived — near the 91st Street Metra depot in North Beverly. There is no timeline on the project, said Margot Burke Holland, executive director of the Beverly Area Planning Association.

Traci Piccolo-Dolby, the middle of Brian and Joy Piccolo's three daughters, was also on hand for the announcement that went on to name Bears wide receiver Josh Bellamy and running back Jordan Howard as winners of the 2016 Piccolo Award.

"I'm excited to be involved in the whole process," said Piccolo-Dolby about the creation of the park on the east side of the Metra tracks — next to Cosme Park.

Her father played four years for the Bears. He died at age 26 from embryonal cell carcinoma, an aggressive form of testicular cancer. It was diagnosed after it had spread to his chest cavity.

Piccolo was the subject of the 1971 TV movie "Brian's Song" and was portrayed in the film by James Caan. The movie details the friendship between Piccolo and his teammate Gale Sayers.

He lived in North Beverly at the time of his death, and Piccolo-Dolby said he'd often train in the area that is slated to become a park. Sayers and Dick Butkus were among the six Bears who served as pallbearers at his funeral at Christ the King Catholic Church at 9235 S. Hamilton Ave. 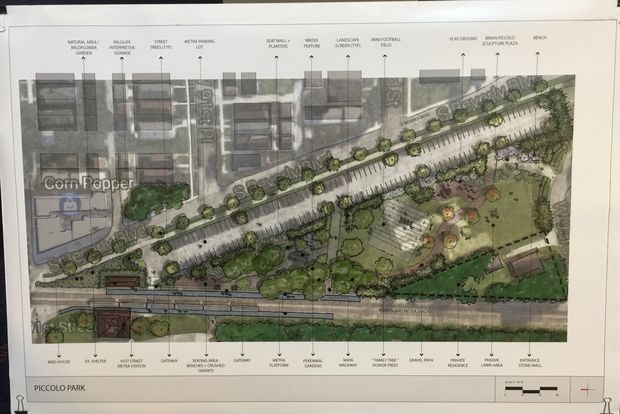 Brian Piccolo Park will be built near the 91st Street Metra depot in North Beverly. The park will include a small football field, a playground and more, according to preliminary drawings. [Supplied Illustration]

Mary Jo Viero, a community organizer with the neighborhood planning group, grew up on the same block of Vanderpoel Avenue as the Piccolo family and remembers playing with Piccolo's daughters — Traci, Kristi and Lori.

"Beverly is the place that Brian and Joy [Piccolo] chose to live and reside while beginning their marriage, family and Brian's football career with the Bears," Viero said Tuesday.

She said the plot was initially eyed for an arboretum by the Beverly Improvement Association, a civic association serving North Beverly. But as talks continued, a park honoring the former Bear began to take shape.

Viero said the planning association is also hoping to convince Metra to rename the nearby station for Brian Piccolo. The plans revealed Tuesday call for the park to have a small football field as well as a playground and other "passive" areas. 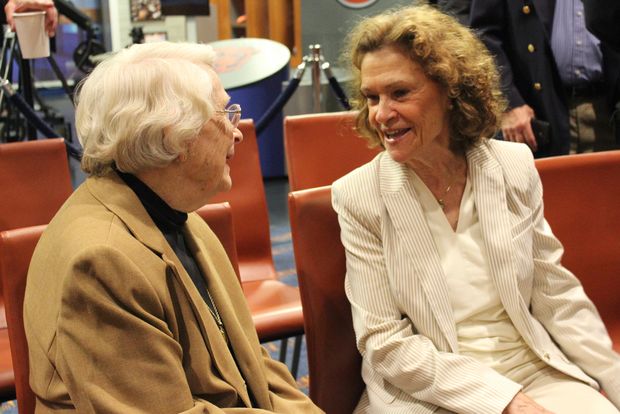 Ald. Matt O'Shea (19th) said that planning for the park is in the early stages. And Holland stressed that fundraising for the park will be forthcoming, suggesting a Bears tailgate party as one of many ideas to help pay for the improvements.

Holland said another idea to raise money for the roughly three-acre site is to host a showing of "Brian's Song" at the Beverly Arts Center. She added that the announcement by the Bears should spur enthusiasm for the park.

"There's still a lot to be worked out with the Chicago Park District and the city of Chicago," Holland said. "This is just an exciting step."

Bears owner Pat McCaskey spoke briefly about the park and introduced Bears coach John Fox, who said he saw "Brain's Song" at age 19. It was around the time he began playing organized football, and the film stood out for crossing cultural lines.

"It was a movie that I saw at a young age that left a great impression on me," Fox said. 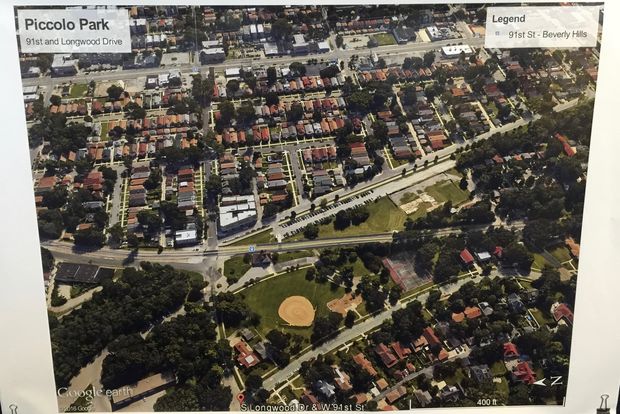 A park named for the late Chicago Bear Brian Piccolo will be built near his former home in North Beverly. Property was initially considered for a small arboretum. [Supplied Illustration]