MORGAN PARK — The architecture, topography and social mobility of Beverly will be the subject of an exhibit set to run Sept. 16-Jan. 7 at the Beverly Arts Center.

Architecture critic and photographer Lee Bey and award-winning architect James Gorski have partnered on the project commissioned as part of the Chicago Architecture Biennial. The free citywide showcase of architecture is headquartered at the Chicago Cultural Center.

The showcase debuted in 2015 and added six museums and neighborhood institutions to its list of exhibition sites as part of its return. Bey and Gorski wrote a proposal to have the Beverly Arts Center included among the satellite sites.

"We are really excited about it. We are excited that we get to be an anchor site," said Shellee Frazee, interim executive director of the Beverly Arts Center.

The details of the exhibit planned for the Beverly Arts Center, at 2407 W. 111th St., are still coming together, but Gorski said the theme of the project is "Elevations."

The goal is to look at the neighborhood's past, present and future.

As for the past, the project aims to celebrate the glacial topography of the Beverly area, including the ridge that runs along Longwood Drive, Gorski said. This steep hill in an otherwise flat city gives Beverly the highest elevation in Chicago.

Bey will focus on the present, using photographs of architecture in the neighborhood. Besides residential photographs, Beverly's Metra train depots and the nearby Dan Ryan Woods will be the focus of Bey's lens, he said.

"Architectural photography — that's my thing. That's what I do," said Bey, a former architecture critic for the Sun-Times and later a deputy chief of staff under Mayor Richard M. Daley. 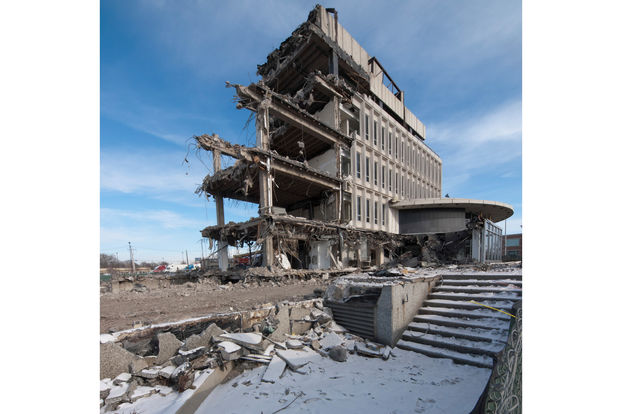 The Standard Bank branch at 95th Street and Western Avenue in Evergreen Park was torn down in 2010 to build a smaller bank branch. Architectural photographer and critic Lee Bey captured the demolition in this photograph. [Bey Architectural Photography]

But not all the pictures will be of buildings. Bey said he also will include pictures of people from the neighborhood that has a history of empowering residents of various backgrounds with a type of upward mobility.

Methodists, Irish-Catholics and African-Americans are among the groups who have thrived over the years, said Gorski, who won the 2015 James Beard Foundation Outstanding Restaurant Design Award.

"Being able to move to Beverly was a step up," said Bey, referencing a long-held notion among black Chicagoans. Bey, a former Beverly resident now living in Pullman, said the Pill Hill neighborhood on the Southeast Side held similar prestige.

As for the future, Gorski said he's been on the hunt for proposals for the neighborhood that were never realized, including a large residential building pitched near the 95th Street Metra station, a museum celebrating the glacial formation of the area proposed for the Dan Ryan Woods and more.

The exhibits could be housed in some sort of temporary pavilion that could be built in the arts center's courtyard, Gorski said. Or the exhibit could use existing space inside while somehow transforming the building outside with a large piece of kinetic art. 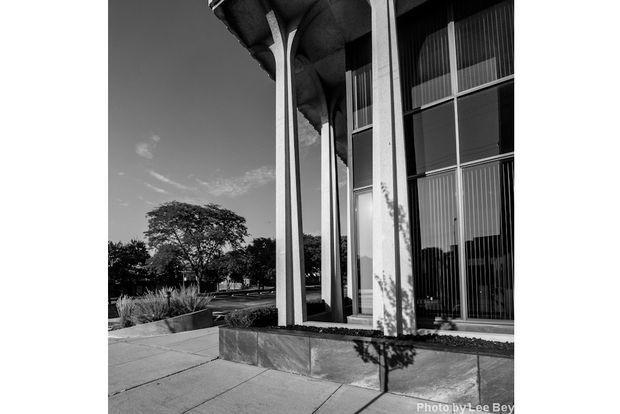 Whatever is decided needs to be big enough to draw those interested in the Chicago Architecture Biennial away from Downtown and to the often overlooked neighborhood of Beverly, Gorski said.

Once here, Bey and Gorski said they believe architects, city planners and enthusiasts will be pleasantly surprised, as designing communities around public transportation and shared green space has become quite popular. Beverly was built with that model decades ahead of the trend.

"If you were to develop a model city or neighborhood, Beverly kind of fits that model," Gorski said.