Step Aside, Southport — There's A New Up-And-Coming Corridor In Lakeview

LAKEVIEW — There was a time when getting off at the Sheridan "L" station meant access to what felt like every cuisine in Chicago.

Steps apart from each other, restaurants offered Thai, Italian, Mexican, sushi, Indian and once-trendy crepes, living up to the "Restaurant Row" nickname granted to the 3900 block of North Sheridan Road.

But with several of those restaurants having moved or closed, and many new large residential developments being built with empty storefronts, the area has become a frequently forgotten pocket of Lakeview.

Business owners on the block say it needs a new identity, and soon it could have one.

The first step, they say, is a move to christen the street as the Sheridan station corridor — to take advantage of how the area will be reshaped in coming years with multiple transit-oriented developments and new retail locations.

It provides an opportunity for growth and expansion on a block that is separated from the baseball and booze-fueled partying of Wrigleyville by solidly residential streets (including the historic Alta Vista Terrace District).

By rebranding, the business owners and the Lakeview East Chamber of Commerce hope that much like the ever-flourishing Southport corridor they'll be able to maintain the small-business character and unadulterated je ne sais quoi.

RELATED: Can Southport Stay Charming, Or Will National Brands Drive Out Diversity?

"By creating this neighborhood name and advertising us as a destination, it's a way to bring our neighborhood together," said Juliana Montebello-Roman, owner of PR Italian Bistro. "This is our chance to really put this portion of Lakeview on the map."

The restaurant formerly known as Pizza Rustica has been a draw since it opened in 2005, joining other well-established eateries like Artemio's Bakery and Emerald City Coffee (not to mention a Barack Obama-approved hot dog stand around the corner).

But as businesses like TAC Quick or Crepe Town moved or closed, the owner of PR Italian Bistro said her customers began to wonder about the fate of "Restaurant Row."

Sheridan corridor grows up — vertically, that is

In the next few years, at least three mixed-use developments will come to the corner, flooding the block with 200 residential units reaching up to eight stories high.

At 3928 N. Sheridan Road, Loukas Development is replacing a trust-owned retail and apartment building with a transit-oriented development.

Approved in November, the eight-story building will have ground-floor parking and retail. Out of 54 residential units, 10 will be efficiency dwellings.

It won't be the first venture into the neighborhood for Loukas Development, which in the aughts replaced the former Mode Theatre at 3920 N. Sheridan Road with a mixed-use development now home to physical therapy and insurance offices. 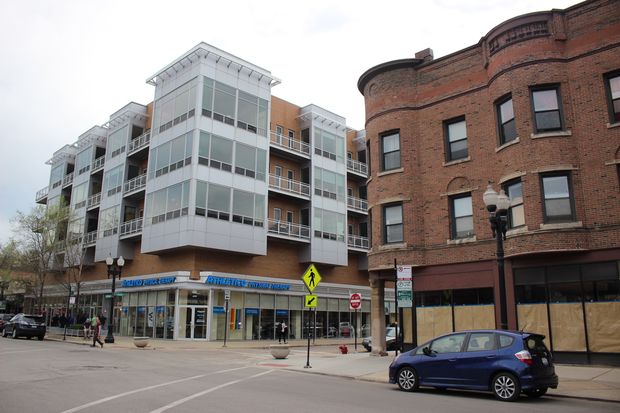 A transit-oriented development coming to 3928 N. Sheridan Road will join another modern development along the Sheridan Station Corridor. Both projects come from Loukas Development. [DNAinfo/Ariel Cheung]

The new building across Dakin Street has been in the works for years; developer Aristithis Loukas first pitched the plans to East Lake View Neighbors in 2014.

At the time, neighbors questioned the potential loss of a vintage three-story building and feared more apartment units would cause traffic problems. 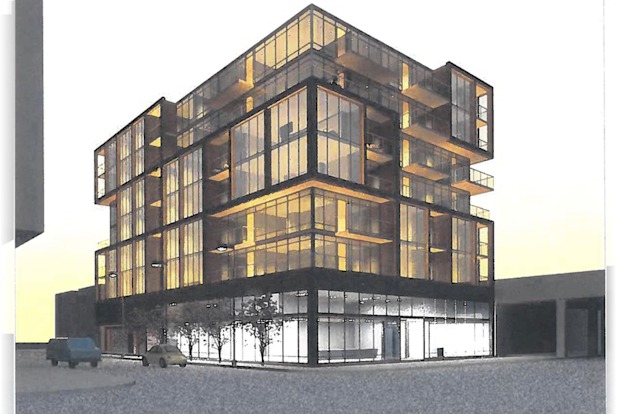 Diagonal from the Loukas development, the Lakeview Ace Hardware site is set for redevelopment at 3911-21 N. Sheridan Road.

The former pool hall, once frequented by Depression-era bank robber John Dillinger, will be razed to make way for a seven-story apartment building with ground floor retail shops and 120 apartments. 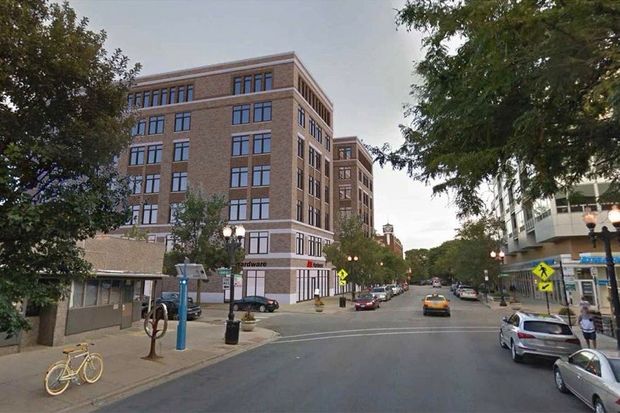 Developer Joe Lomanto said he will reopen his Ace Hardware store in the new building and hopes to secure the other tenants as well. The building houses Nine Thai Sushi, Curry Point, Burger Hub and Artemio's Bakery.

"They're [owned by] families, and this is their way of making a living," Lomanto said. "My goal is to bring them back."

In addition to relocating his Lakeview Ace Hardware employees to his Mayfair store in the interim, Lomanto said he'll be building slightly smaller retail units to keep rent prices "close to what they were" for his current tenants.

Around the corner, prominent North Side developer David Gassman is replacing the "decrepit" single-story building at 927-31 W. Irving Park Road after buying the former Thai restaurant in early 2016.

In January, the zoning board approved his plans for a transit-oriented five-story building that will house 28 apartments and select indoor parking spaces.

Without retail units, the building will house one- to three-bedroom apartments and alley-accessible parking.

Gassman also is in the midst of redeveloping the Ettleson "eagles building" at Broadway and Sheridan a few blocks east of the Sheridan station corridor.

One more lot sits primed for development: 3949 N. Sheridan Road, where the aging former Tropico Lounge was demolished at the end of last year. The lot is up for grabs for a cool $1.3 million. 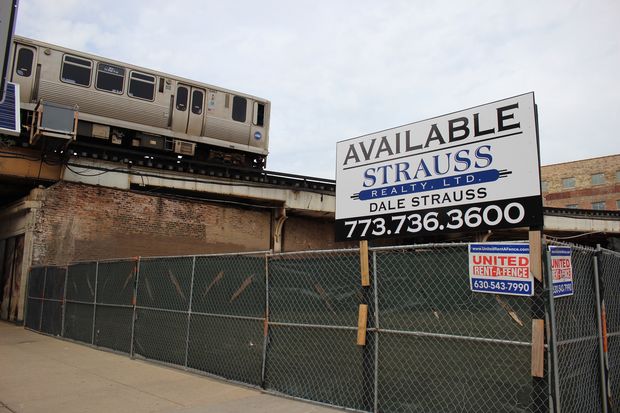 Next steps for Sheridan

Some fear the upheaval of so many neighborhood staples — TAC Quick has moved into the former Fornello's nearby, while the Ace building tenants will have to relocate at least temporarily — is giving off the impression that the block is in a downward spiral.

"A few people have said to me, 'Wow, you're really tucked away,' because they don't know the area," Montebello-Roman said. "They think it's kind of dead, but we know it's the short-term effect." 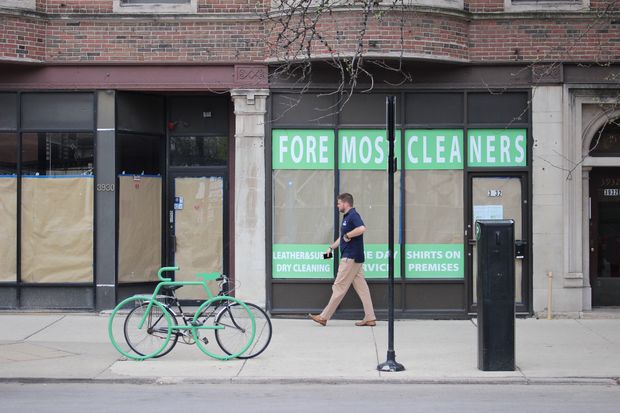 As development of a transit-oriented development gets underway, TAC Quick and other businesses near the Sheridan "L" station have moved out. [DNAinfo/Ariel Cheung]

For years, she has heard rallying cries go unanswered, Montebello-Roman said. But that changed when the Lakeview East Chamber of Commerce assumed control of the Central Lakeview business district this year.

The change in working with the chamber and executive director Maureen Martino was immediately apparent, Montebello-Roman said.

"Maureen comes along, I tell her my idea, and she's on board right away," the restaurant owner said.

Among their first priorities: The Sheridan "L" station itself, which is in desperate need of a overhaul, Montebello-Roman said.

Last year, 46th Ward Ald. James Cappleman said station reovations would be "very complex," because making it more accessible with elevators would require rebuilding the entire platform, which is too narrow and short. 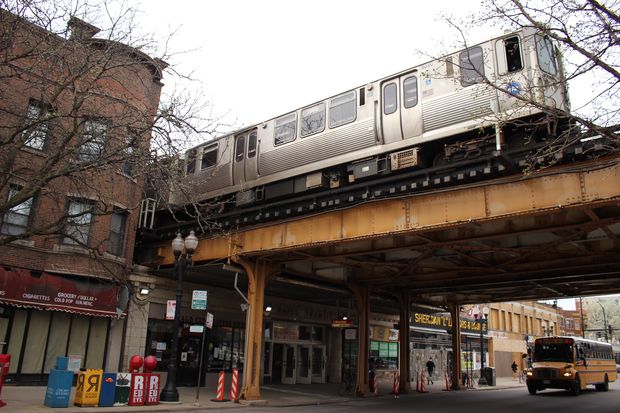 Business owners want to see improvements to the Sheridan "L" station that could boost foot traffic for the corridor. [DNAinfo/Ariel Cheung]

The Red-Purple Modernization initiative does not include Sheridan station in the scope of its phase one plans.

"We're not the squeaky wheel, and I think that's how this Sheridan station got bypassed," Montebello-Roman said. "As a neighborhood, we need a collective voice."

Residents and business owners also want to preserve the street's character, which is largely due to its small businesses and landlords like Lomanto who prioritize such tenants.

"It's the fear when these buildings pass down to new generations or get sold to big developers and trusts that it will be harder to keep the small-business character," Martino said. "That's the fear of the future, not having people who purchase property really engaged in the community."

While Southport corridor's success is enviable, the corporate chains that have helped it grow aren't necessarily a good fit for the Sheridan station corridor, Montebello-Roman added.

"I don't ever see it becoming a huge commercial strip with gigantic corporations," Montebello-Roman said. "The idea is more to put in on the map as a lovely street to walk down and grab something to eat, right off the train."

What's in a name?

After securing Martino's support, local residents began to toss around ideas for naming their corridor. Simply using Sheridan could be confusing, with North Sheridan Road winding all the way to Rogers Park and also branching into West Sheridan Road and North Sheffield Avenue at Byron Street.

Lakeview North was a possibility — particularly with almost every other cardinal direction claimed by neighborhood organizations from South East to West Lakeview Neighbors — but that failed to evoke a sense of place, Martino said.

"What does that mean to people?" she said. "Anybody north of Addison can call themselves that, so we looked at what's important and what's around."

It might seem trivial to name a single block in one of Chicago's densest community areas, but Lakeview is a big place, and even a single block can have a distinct profile worthy of advertisement, Martino said.

"We're all one Lakeview, but what makes Lakeview interesting is embracing our enclaves like Wrigleyville's big bar district or the Lincoln hub," she said. "Like Manhattan, what Lakeview has is very distinct demographics within its districts."

And defining those demographics helps developers and residents find the best fit.

"All of this placemaking and the characteristics are set by the people that visit and shop and live and decide who we are," Martino said. "So to market Lakeview, we have to be strategic in how we help create that sense of place."