The imported coffee chain serving flat whites and other specialties from abroad plans to open its first shop in May at 200 S. Wacker Drive, Mojo founder Steve Gianoutsos said.

But that's just the beginning: Mojo has ambitions to open more than 30 shops throughout Downtown, a figure that would make it one of the biggest coffee chains in the city not named Starbucks.

Chicago will be the first stateside stop for Mojo, which has opened 35 shops in New Zealand, six in Tokyo and two in China.

"Chicago kind of leads the U.S. market when it comes to food, and there's fantastic coffee if you know where to look," said Gianoutsos, who's renting in Old Town. "It's a fantastic market to be in."

The son of a Greek immigrant, Gianoutsos got his start serving customers at his dad's New Zealand restaurant when he was "3 or 4" years old. He stood on a crate to get close to diners' eye level, he said.

He opened Mojo, his third business, about 15 years ago after buying a coffee roaster and a how-to book. He's steadily grown the business after a lot of admitted "trial and error." Gianoutsos' father, now 75 years old, is Mojo's master roaster.

"A good regular is in our shops six times a day," Gianoutsos said. 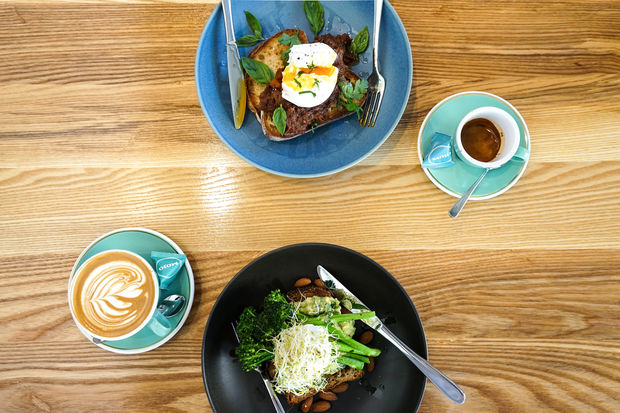 A flat white, the beverage native to Oceania combining foamy milk and shots of espresso, is the first thing on Mojo's menu. The shop on Wacker will also serve cold brew and "nitro" coffee, among other drinks.

Prices haven't been determined yet, but food will include New Zealand-inspired fare such as Chia pudding and beef cheek mince on toast. A new addition coming to Chicago: peanut butter and tomato on toast. Gianoutsos said it tastes better than it sounds.

Nathan Upchurch, Mojo's head of operations in Chicago, said, "The food, it's simple, it's fresh and it's good." Customers order at the counter but get their food and drinks delivered by a server.

Gianoutsos said he wants to expand his chain here relatively slowly over the course of 5-10 years. One reason: Every shop's interior is unique and "sympathetic to the building." As such, he's not chasing stores vacated by other coffee chains. 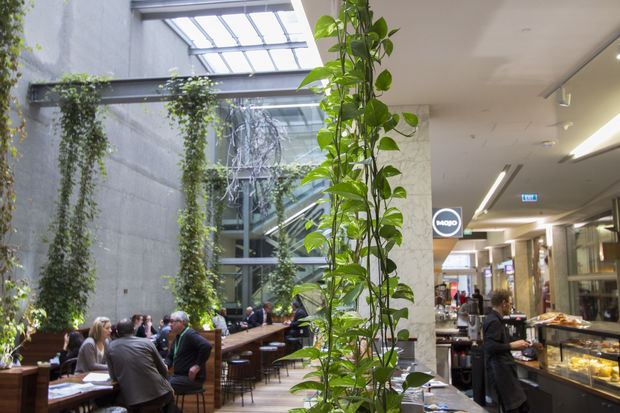 Gianoutsos said his first Chicago Mojo will open in the lobby of 200 S. Wacker. The 1,500-square-foot cafe will seat about 60 people inside, and the shop will have an outdoor patio in the summer. For now Gianoutsos said Mojo will be open from 6 a.m.-6 p.m. weekdays. Representatives of the building did not return messages seeking comment.

The first shop will be across the street from Willis Tower, 233 S. Wacker.

"Mojo is a really nice place to sit down and do what we're doing: meeting," Gianoutsos said. "Coffee is a vehicle."