By Howard Ludwig |&nbspApril 12, 2017 6:37am
@howardaludwig
Twitter Facebook Email More
Firewater Saloon in Edison Park is considering a southern expansion, according to Ald. Matt O'Shea (19th). The country bar and restaurant is eyeing the Leona's at 11060 S. Western Ave. in Morgan Park, he said.
View Full Caption
DNAinfo/Howard A. Ludwig

MORGAN PARK — The owners of Firewater Saloon in Edison Park are looking south as they consider an expansion of the country bar and restaurant, according to Ald. Matt O'Shea (19th).

O'Shea said Tuesday that Leona's at 11060 S. Western Ave. in Morgan Park is being eyed as Firewater Saloon looks to add a second location. If all goes well, the country bar and restaurant could open this year, he said.

"They have been looking to expand for some time," said O'Shea, adding that he's had "multiple meetings" with the potential owners.

In fact, O'Shea hosted a private meeting Monday night for businesses and homeowners living within 250 feet of Leona's to discuss the new tenant. Firewater Saloon would operate within the existing storefront currently being used by the Italian restaurant, he said. 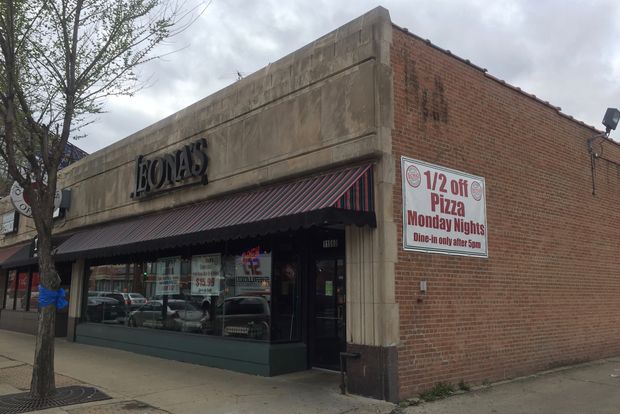 Leona's in Morgan Park could become the second location for Firewater Saloon, according to Ald. Matt O'Shea (19th). The country bar and restaurant in Edison Park has "been looking to expand for some time," he said Tuesday. [DNAinfo/Howard A. Ludwig]

He promised to support such a license, given several conditions, including serving food during all hours, ending any live music at 1 a.m. and restricting the days on which bands can preform largely to Friday and Saturday nights.

Firewater Saloon would be open until 2 a.m. every day except Saturday when the bar would stay open until 3 a.m., O'Shea said.

"Others have wanted [public place of amusement licenses] down Western Avenue. Others didn't serve food," said O'Shea, adding that Firewater Saloon has yet to apply for the license.

O'Shea said that he's particularly excited about the brunch at Firewater Saloon, which draws crowds on the Far Northwest Side. Other menu items include an assortment of burgers and salads along with entrees such as blackened pork tenderloin, brisket, short ribs and more.

The crowds will likely be similar, as Edison Park — like many parts of the 19th Ward — is an enclave of police officers, firefighters, teachers and other city workers, O'Shea said.

"They are interested in us, and we are excited," he said.