WRIGLEY FIELD — Even though Monday's forecast calls for rain in Chicago, expect ebullient Cubs fans to simply blow the clouds away by sheer will in time for the season home opener.

There's plenty to be excited about: The World Series champions are returning to Wrigley Field to face the Los Angeles Dodgers at 7:05 p.m. The triangle-shaped plaza within the Park at Wrigley will be open for business.

So as Cubs fans descend on Wrigleyville, here's how to get the most out of the Cubsiest day ever Monday.

9 a.m.: The birds are singing, you've successfully ditched work and it's time for some baseball. Start off with a wholesome breakfast and make sure you've packed whatever you need (quite likely a poncho). Unless you're a crazy person (and you're not a crazy person, right?) you won't be driving into Wrigleyville, but instead have navigated a route via public transportation or some other means that won't have you ponying up for "surge" meter pricing or stuck in pre-game traffic.

If at all possible, make sure to stop by the No. 152 Addison bus stop at Southport Avenue; there's a Cubs-themed Miller Lite bus stop that is truly a sight to behold. Not only is it topped with an ivy-covered replica of the Wrigley Field wall, but the usual bus bench has been replaced by three seats that look like they came straight out of the Friendly Confines.

(Update: As of Monday morning, the ivy-covered topper has been removed.) 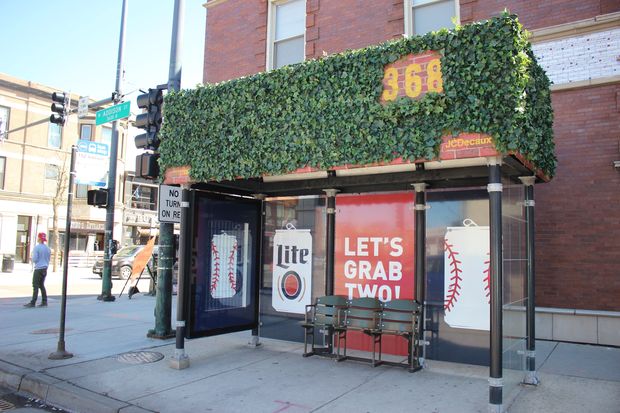 A Cubs-themed Miller Lite bus station is located at Addison and Southport along the No. 152 bus route. [DNAinfo/Ariel Cheung]

But if the "L" is more your style, be on the lookout for World Series commemorative single ride tickets at select CTA stations.

Beginning Friday, Ventra machines were stocked with the special tickets at Red Line stations from Sheridan to Fullerton, Chicago to Lake, Roosevelt and 95th; Green Line stations at Garfield and Harlem; Blue Line stations at O'Hare, Rosemont, Cumberland and Addison; the Brown Line's Southport and Addison stations; the Purple Line's Linden station; the Yellow Line's Skokie station and the Midway station on the Orange Line. 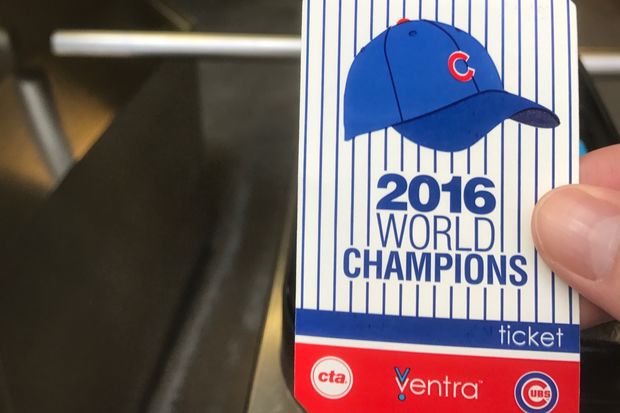 10 a.m.: After years of waiting, the Park at Wrigley is opening with a ribbon-cutting ceremony in front of the ballpark. The triangle-shaped plaza has been in the works for years, and city officials have hashed out a plan of operation with Hickory Street Capital, the Ricketts family-owned real estate company that oversees the plaza complex.

While Cubs fans can't access the plaza on game days without a ticket, you obviously have a ticket, so go exploring. The plaza's Starbucks Reserve is open, and the new Cubs Store will be open as well. If you can, snag a selfie with the Commissioner's Trophy, which will be on display on the plaza.

After the ribbon cutting, the Cubs have planned entertainment and pregame festivities on the plaza.

1 p.m.: If you're starved after all that celebrating, Wrigleysville Dogs is a block north of the ballpark at 3737 N. Clark St. Grab a bite and perhaps mosey into GMan Tavern, which is not charging a cover but suggesting a donation to Lakeview Pantry instead. And hey, what's more Cub than doing good for your fellow Chicagoan?

3 p.m.: If you fancy a few more drinks before the game, bars up and down Clark Street will be open early with specials galore for the big day.

Dark Horse Tap & Grille, 3443 N. Sheffield Ave., will be raffling off a pair of Cubs tickets for a future game and opens at noon. If the weather perks up, the bar's sidewalk cafe and 50-seat beer garden will be open, and the bar is also debuting game-day deals like $4 Old Style tallboy cans, $10 Boilermakers and $20 Corona buckets.

If you're hungry, try the Double Header Burger. The $14 black angus burger is topped with bacon, cheddar and a hot dog from the fantastically tasty Paulina Meat Market.

Around the corner, Houndstooth Saloon, 3369 N. Clark St., will be open at 11 a.m. with live broadcasts from Chicago's 670 The Score starting at 1 p.m. Along with Miller Lite, the radio station will give away prizes like a mini refrigerator. Specials include $6 Miller Lite and Modelo tallboys, and the 99-seat sidewalk cafe is already open.

But for the Cubsiest drink of all, check out Uncommon Ground, 3800 N. Clark St. The cafe and its adjacent brewery Greenstar are serving up a new seasonal blonde ale known as the Curse-Lifter. Named from hundreds of contest submissions, the Curse-Lifter will be available at Uncommon Ground and, weather permitting, would be ideally consumed on the sidewalk cafe.

6 p.m.: It's almost game time, but before you head into the ballpark, swing by Trader Todd's, 3216 N. Sheffield Ave. The karaoke tiki bar is hoping to break the record for the largest Facebook Live karaoke singing of "Go Cubs Go."

While you're there, enjoy a Cubbie blue burger or a couple Cubbie Coladas while swaying to the beat of the steel drum. It might be dreary outside, but it'll be a balmy Florida afternoon inside Trader Todd's.

Either way, the Cubs highly recommend using the gate listed on your ticket to avoid jamming the major entryways like the main gate at Clark and Addison. Don't forget, the new western Gate H is open for fans with seats in the terrace level or upper deck.

Also, the club has phased out print-at-home tickets — make sure you've got the app downloaded or pick up the box office tickets with plenty of time before you reach the ballpark's metal detectors. 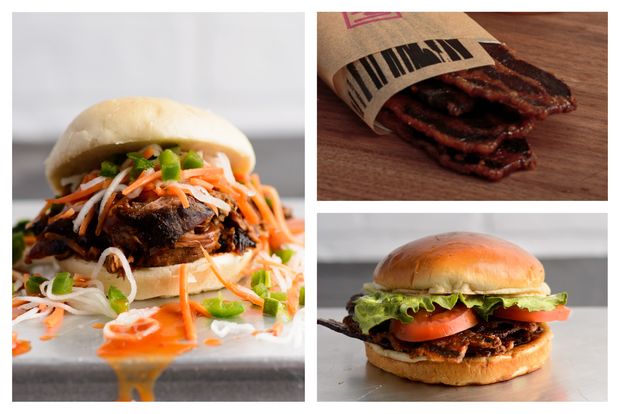 New food from Pork & Mindy's will be available this season at Wrigley Field. [Provided/Chicago Cubs]

8 p.m.: Once you've settled into your seat, there are food options galore, particularly if you're sitting in the bleachers. Pork & Mindy's is a new addition, and they've got brown sugar-coated bacon bites and pulled pork sandwiches. Four new gourmet hot dogs come topped with Korean kimchi, crispy pork belly or sriracha aioli.

Goose Island has brewed up a special 1060 Wit only available at Wrigley Field and Goose Island properties.

A fruity beer featuring orange peel and coriander, the 1060 Wit is inspired by "traditional Belgian wits, using a lot of unmalted wheat," said Mike Seigel, Goose Island research and development manager. "It's lightly fruity and a touch spicy with low bitterness that is a natural fit for the ballpark and refreshing on hot Chicago days."

From Giordano's personal pans to Buona Beef sandwiches, Chicago's most iconic foods are all represented. Dig in.

10 p.m.: In all the glory of what is sure to be a W for the Cubs, either grab a celebratory drink at one of the Clark Street bars or head home filled with that Cubbie pride.