THE LOOP — Chicago's about to get its own house of blues.

The Chicago Blues Experience, a museum dedicated to the electric rock 'n' roll predecessor born here, is slated to open in 2019 in the Loop. The museum is expected to sign a lease Monday for its future 50,000-square-foot home at 25 E. Washington St., said Sona Wang, a venture capitalist behind the endeavor.

Led by veteran museum executives and local blues legend Buddy Guy, among others, the museum will include everything from the blues' African roots and origins in the Mississippi Delta to its evolution after the Great Migration as well as depictions in pop culture today.

The three-level museum will feature a replica of Chicago's famed Chess Studios in the South Loop and a lounge with a house band, Wang said.

"Our plan is to create really an international attraction, a cultural attraction that we feel is part of Chicago’s core identity," Wang said.

Chicago is widely credited as the birthplace of the electric blues, an adaptation of acoustic Delta blues that evolved into rock 'n' roll. Legendary bluesmen such as Muddy Waters and Howlin' Wolf recorded their most influential records in Chicago, inspiring hordes of future bands including Led Zeppelin and the Rolling Stones.

"The museum will pay further tribute to the home-grown genre that’s given life to legends like Buddy Guy, Muddy Waters, Howlin’ Wolf, Willie Dixon, and so many more," Emanuel said in a statement. "Chicago is proud to host the Blues Experience that will help visitors from around the world connect with one of America’s greatest art forms.”

The museum first planned to open in Navy Pier, but that plan fell through when the pier opted to sign a lease for a hotel development instead, according to Crain's, which first reported the museum's new location on Monday.

Wang said the museum will occupy mostly vacant space at 25 E. Washington, a building owned by Aventura, Fla.-based Trump Group. An executive at Trump, which is not affiliated with President Donald Trump, did not immediately return a message seeking comment.

Wang said the new museum, located near a future "L" stop at Washington Street and Wabash Avenue, chose to open Downtown so it could be "accessible" to as many people as it could be.

Other groups have attempted to open blues museums in the city in the past but none have come to fruition.

Click the slideshow above or scroll down below for more looks at the Chicago Blues Experience: 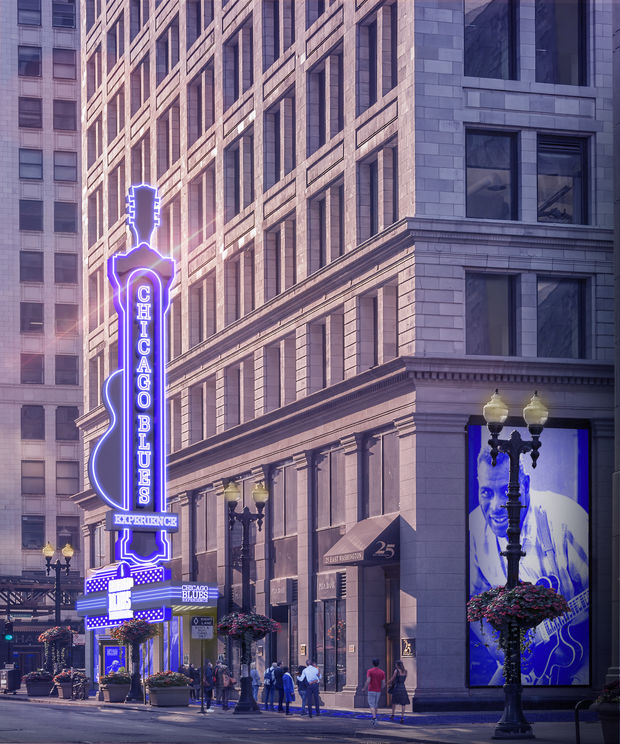 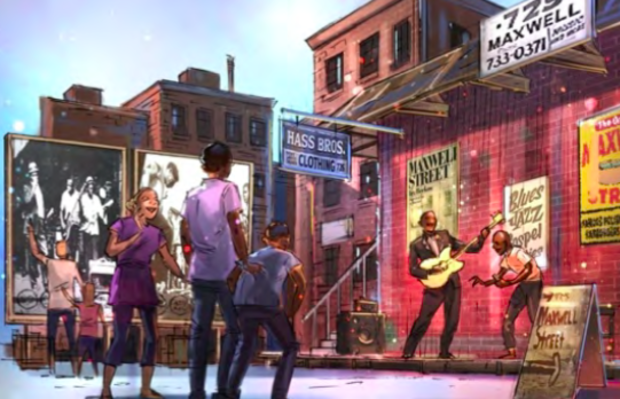 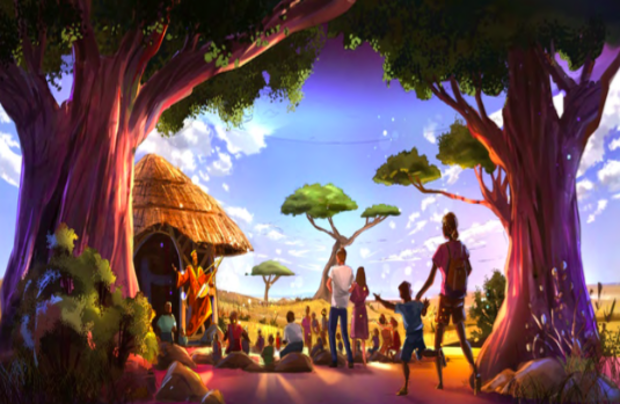 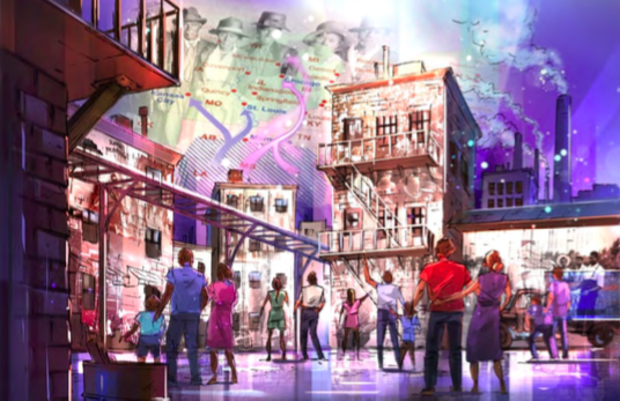 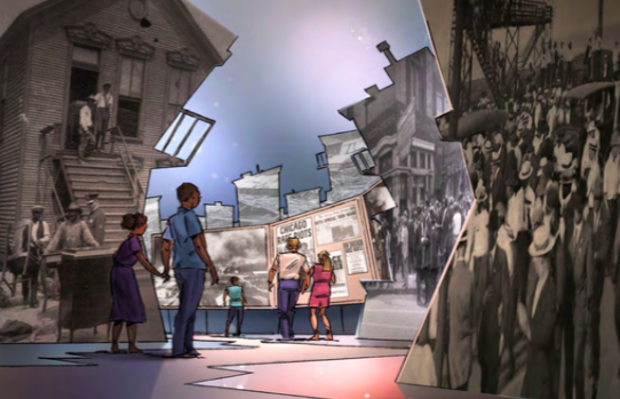 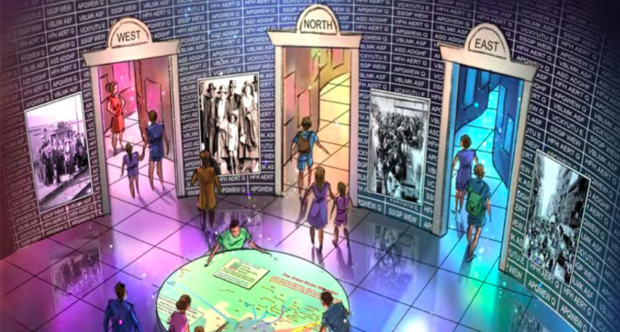 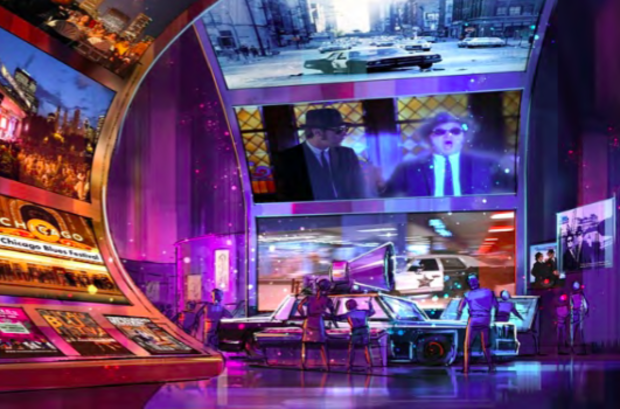 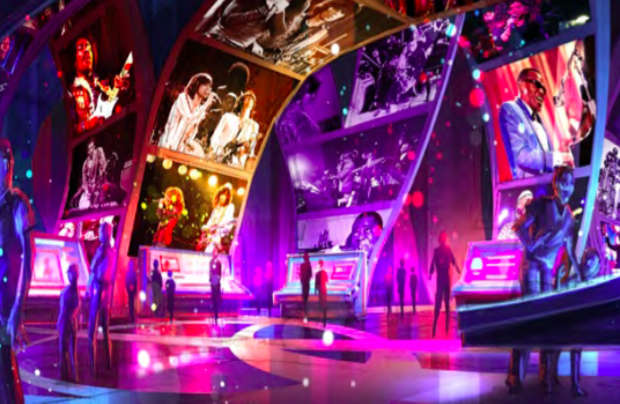 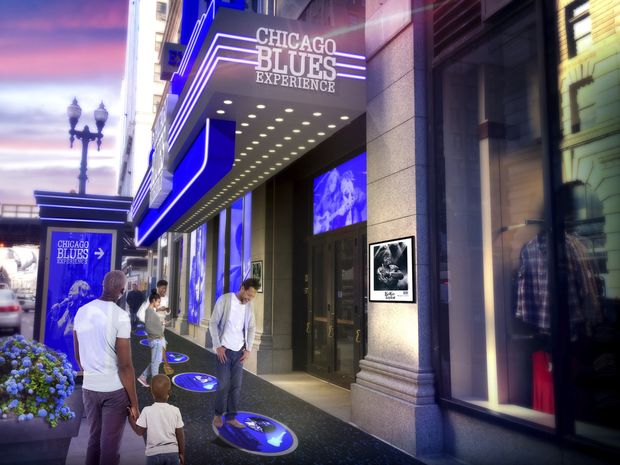