BUCKTOWN — A three-bedroom timber loft in a Bucktown building along The 606's elevated Bloomingdale Trail is for sale for $779,000, according to a real estate listing published Thursday.

At the northeast corner of the former men's Kuppenheimer Suit Factory, the light-filled second-floor condo is one of 26 in the sturdily built four-story brick warehouse, which was converted into residences around 2000.

The condo's balcony is next to the Bloomingdale Trail that attracts joggers, walkers and cyclists over a 2.7-mile-long path.

Owner Mike Runkle, an advertising sales executive who has lived in the 1,750-square-foot home for almost 10 years, cited downsizing as the reason for selling.

Runkle said the walls of the building are 2 feet thick, and the windows are commercial grade.

"It's very quiet and very energy-efficient, close to the [CTA Damen Blue Line] "L" and Kennedy Expressway, but just far enough to not hear either. Because of the abundance of windows, I wear sunglasses even during cloudy days," Runkle said.

The natural sunlight and tall windows have been a boon for the various plants in his home, some over 20 years old.

In a 2009 Apartment Therapy spotlight, a friend of Runkle likened the space to being like an aquarium, which Runkle emphasized was more like a terrarium due to the variety, scale, vigor and depth of the plants.

While the greenery will go wherever Runkle does, he said he'd be willing to talk with potential buyers about leaving some plants behind.

"During winter, I get intense sun. Because of the trees in front, [Bradford Pears] during summer, I am nicely shielded," Runkle said.

Runkle created many one-of-a-kind design elements, such as a tin ceiling installation above the dining table that he built from scratch, as well as two chandeliers made of sticks and other wooden pieces.

Some of Runkle's favorite spots to find materials include Architectural Artifacts, based in Chicago, firstdibs.com and Village Discount.

As an added bonus, since the annual Air and Water Show centers at North Avenue beach, Runkle said the jets fly directly over the home "in spectacular fashion." 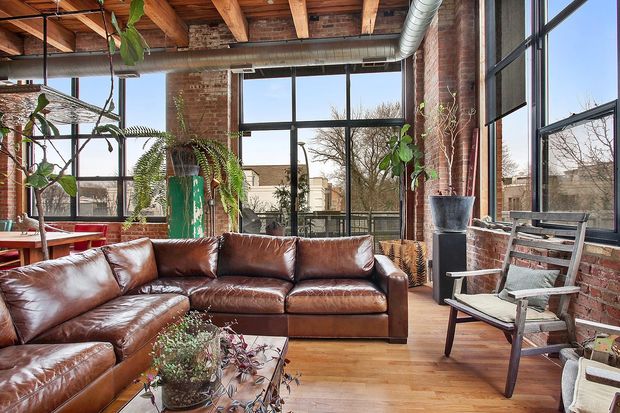 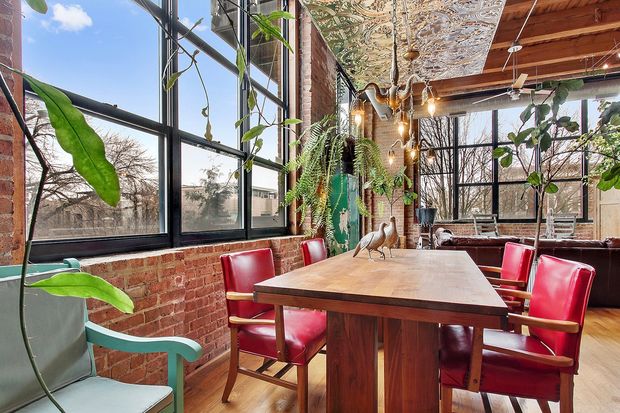 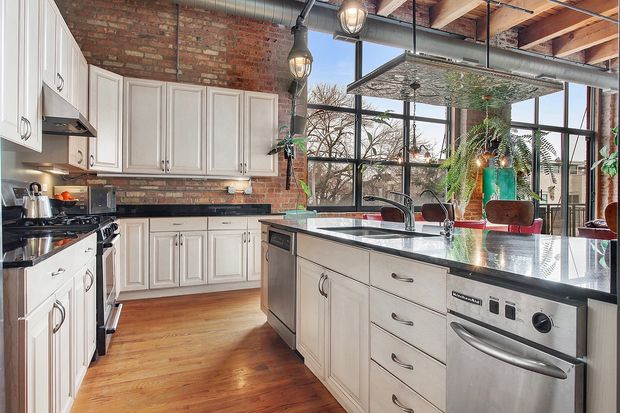 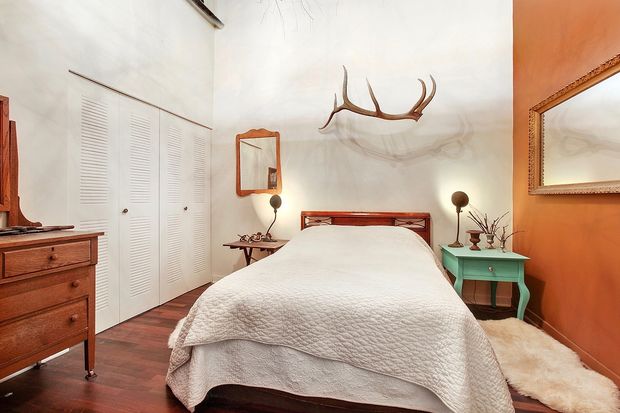 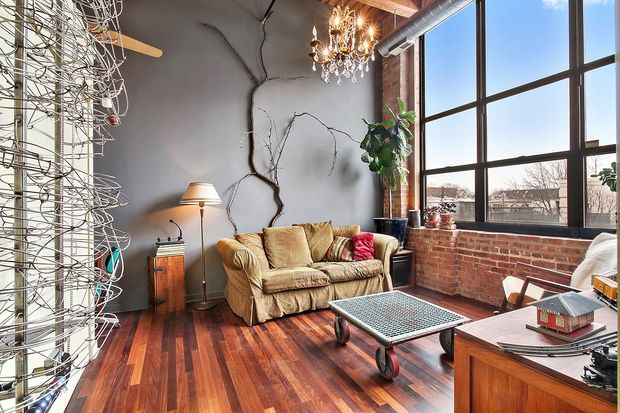 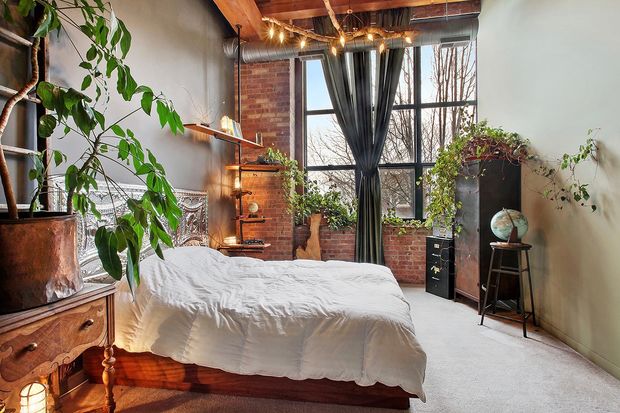 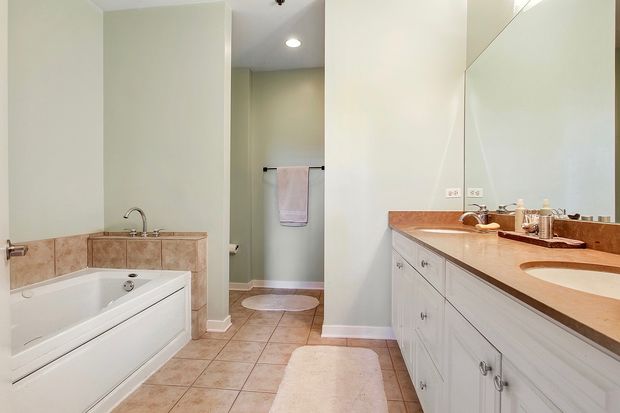 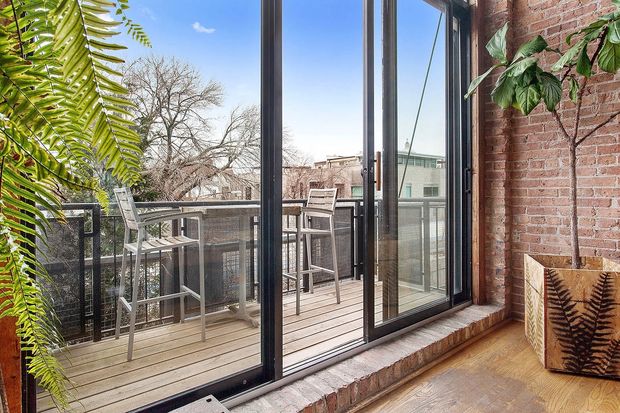 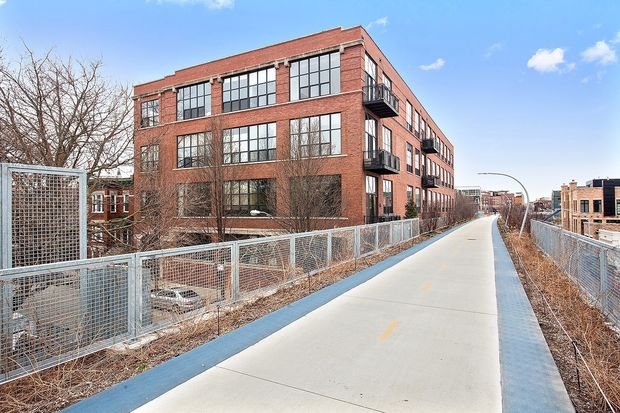 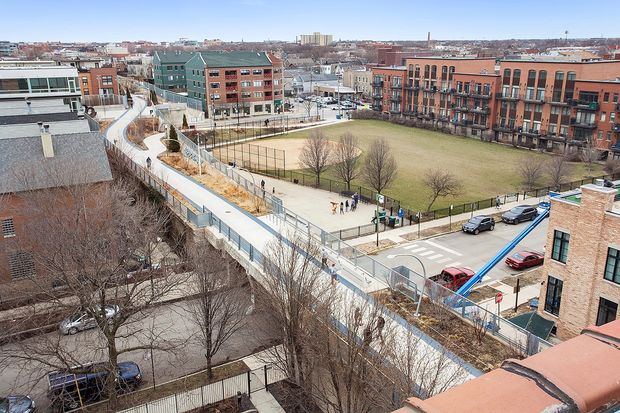 View of the trail and Churchill Park from the top of the building. [FotoSold] 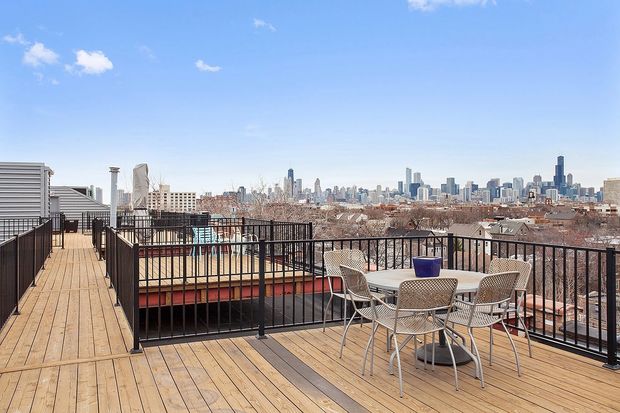 Communal rooftop deck for residents of the building. [FotoSold]