MOUNT GREENWOOD — The Chicago High School for Agricultural Sciences has welcomed a one-month-old filly into its barn in Mount Greenwood.

The Standardbred named Elsa arrived Wednesday at the school at 3857 W. 111th St. She's the sixth foal for Basic Brown, who lives on campus.

Molly Baldes, manager of the horse farm at the University of Illinois' Animal Science Laboratory, described the foal as "gregarious" and "headstrong."

Elsa was born at 3:30 a.m. Feb. 10 in the lab in Urbana. It was during a snowstorm, and her name comes from the famous character in "Frozen." But students at the Ag School might rename her in the coming days.

"She loves people. Not all foals have that sense about them," Baldes said Thursday.

Elsa is the biggest foal born at the university this year at 162 pounds. She was also quick to walk and nurse — all good signs for a horse bred for harness racing, Baldes said.

Her father, Sagebrush, was also in the university barn, though the pair were kept separated as stallions tend to be aggressive, Baldes said. 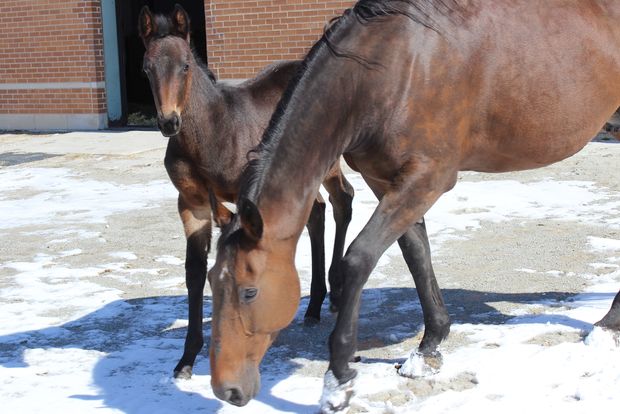 Basic Brown and her newborn foal, Elsa, enjoy some time outside Thursday at the Chicago High School for Agricultural Sciences. This is the sixth foal for Basic Brown. [DNAinfo/Howard A. Ludwig]

"It's a new learning experience. It gives you a new side of life," said Maggie Neeson, a sophomore from Mount Greenwood who visited the foal during a free period Thursday afternoon.

Iowa businessman Carl Becker covered the cost of the stud fee — normally $2,000 — for the school for the third consecutive year, said Dennis Pietranduono, who works as a part-time farmer at the Ag School. 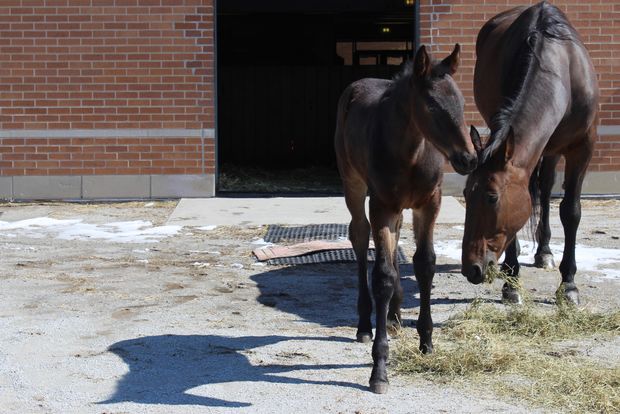 Elsa, a one-month-old foal, approaches the fence at the Chicago High School for Agricultural Sciences in Mount Greenwood. A horse expert said the Standardbred filly is very comfortable with people. [DNAinfo/Howard A. Ludwig]

Most harness racing horses are purchased as yearlings and receive one year worth of training before making their debut on the track at age 2.

The most recent racehorse sold from the Ag School was named Emily Strong — a nod to the late Emily Beazley. This filly sold at auction for $1,000 and the proceeds were given to Emily Beazley's Kures for Kids.

This 12-year-old girl from Mount Greenwood died on May 18, 2015, after a four-year battle with non-Hodgkin lymphoma. The non-profit organization founded in her honor raises funds for pediatric cancer research.