Realtor Who Helped Integrate Beverly To Be Honored

BEVERLY — Frank J. Williams will receive an award from Neighborhood Housing Services of Chicago Thursday night, but his career in real estate was not always celebrated.

Williams, a Beverly resident, left his job with the U.S. Postal Service to became a Realtor in 1969. He opened FJ Williams Realty two years later in Brainerd — next door to a barbershop at 90th and Ashland.

In the wake of the civil rights movement, Williams found homes for black buyers in historically white areas on the Southwest Side including Ashburn, Auburn-Gresham, Beverly, Brainerd, Morgan Park and Washington Heights.

Residents in those areas often resisted such efforts and worked to undermine Williams' business, including tying up his office phone lines for hours with long calls to prevent buyers from getting through.

His office also was the scene of demonstrations in which residents accused him of "blockbusting."

They insisted Williams sign a pledge that he would no longer solicit listings in North Beverly. He refused.

"The beliefs about us was that I was some kind of animal," said Williams, who said some families feared for their safety when black homeowners moved in. Others worried home values would plummet.

The result was broken windows at Williams' office and home in Beverly. An anonymous complaint was even filed with the U.S. Justice Department, which Williams believes was meant to tie up his business affairs for months.

In 1975, someone even detonated a bomb outside his front door. The Defender reported that the bomb exploded between 11 and 11:30 p.m., breaking windows and causing "several hundred dollars' worth of damage."

Joanne Williams and their three children were asleep when the bomb went off. Williams' eldest son, Mike, arrived home five minutes after the blast. A few minutes earlier and his "head might have been blown off," Williams said at the time.

"At that point, I decided to fight back," Williams said. "I was kind of a little, short fella, where if you slap me, I'm going to slap you back." 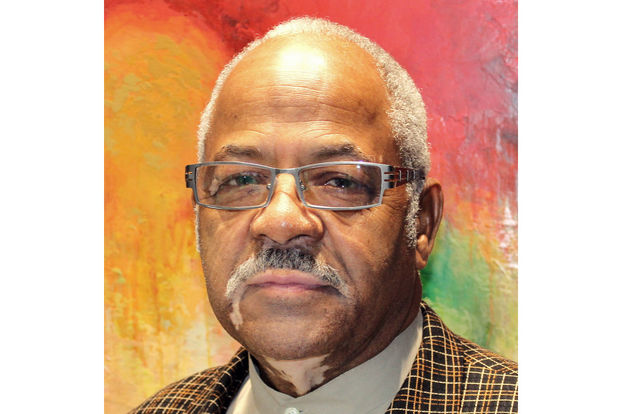 His past persistence as well as his continued work toward ensuring fair housing practices throughout the city earned Williams the Gale Cincotta Community Visionary Award, according to the Chicago-based housing group.

The award will be handed out at the 42nd annual awards dinner at the Sheraton Grand Chicago in Streeterville. More than 700 guests are expected at the event that raises nearly $500,000 to support the group's development efforts on the South and West sides.

“Frank Williams is an example of what one man’s fight for racial and social justice can mean for an entire community,” said Kristin Faust, president of Neighborhood Housing Services.

The award Williams will receive is named for a West Side homemaker who spoke out against panic peddling and redlining in the Austin neighborhood in the 1960s. Williams knew Gale Cincotta and described her as a "real street fighter."

He vividly remembered Cincotta walking into several savings and loans and banks and standing on tables demanding that unfair housing practices come to an end.

Willams moved to Chicago from Flint, Mich. He didn't want to spend his life working for General Motors, and in a 1992 interview said he was expelled from high school there for dating a white woman, whom he later married.

A dozen firms controlled the real estate market in Beverly in the 1970s, and Williams initially wasn't allowed in the group. That was before he and others who were part of the Leadership Council for Metropolitan Open Communities threatened to file a lawsuit.

This group was founded in the wake of the Rev. Martin Luther King's 1966 campaign for fair, affordable and open housing. Chicago's segregated neighborhoods were the backdrop for King's fight with the real estate industry.

Eventually, the Beverly group relented. Unlike other areas, several prominent residents of Beverly refused to move when blacks began buying houses in the neighborhood, which stands out for being integrated to this day.

"Beverly didn't say it was going to integrate. Integration came to us," said Williams, reiterating that merging blacks and whites in the same neighborhood didn't come easy.

Williams also served as president of the Dearborn Realtist Board from 1973 to 1974. The group of black real estate agents was founded in 1941 after the then-all-white Chicago Real Estate and Renting Agents Association denied blacks entry.

“Frank was on the front line, aggressively standing up and providing a voice for the less fortunate and those that had no voice,” said Tracey Taylor, president of the Dearborn Realtist Board.

“Many of us in the real estate business owe a huge debt of gratitude to Mr. Williams for his diligent work for equal rights for not only homeowners but real estate practitioners throughout Illinois,” Taylor said.

The Chicago Association of Realtors accepted its first black member in 1963, and Williams was chosen to lead the group from 1989 to 1990. He was the second African-American to serve as president and championed fair housing and diversity.

"There was not a lot of us, but I did the best I could in those years," he said.