Live In The Original Playboy Mansion For $3.4 Million (PHOTOS)

GOLD COAST — A sleek condominium in the original Playboy Mansion is on the market for nearly $3.4 million.

The three-bedroom, two-level condo in Hugh Hefner's former Gold Coast home at 1340 N. State Parkway features a rooftop terrace, master suite with his-and-her bathrooms and lots of big windows, according to the listing.

While vintage elements such as a tray ceiling and oak floors abound throughout the home, some rooms feature more modern finishes.

Property records show Robert A. and Marian F. Hymen paid $995,000 in 1994 for the condo. The sellers did not immediately return a message seeking comment. 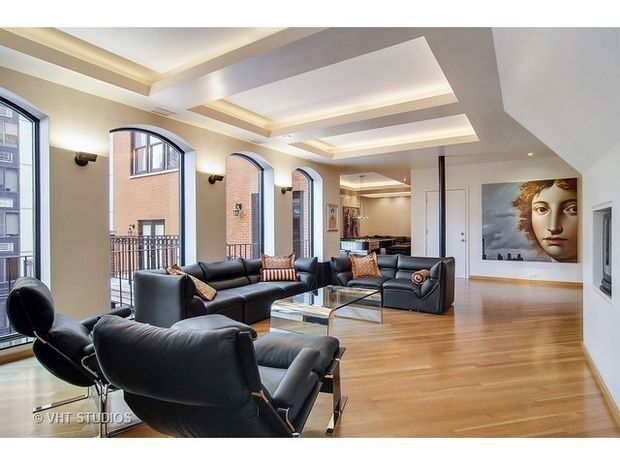 The condo's living room. [All photos courtesy of Redfin]

Hefner purchased the 1903 beaux-arts mansion in 1959 with plans to put a pool in the basement, an accommodation city officials ultimately allowed, according to the Tribune. The mansion housed Playboy bunnies and hosted plenty of bacchanals frequented by the likes of Warren Beatty and the Rolling Stones before Hefner moved to Los Angeles in the 1970s.

The mansion was later leased as dormitories to the the School of the Art Institute before being converted to condominiums in the 1990s.

Condos in the storied mansion don't trade hands often. Nancy Nugent of Jameson Sotheby's International Realty is handling the sale. Check out more photos in the slideshow above or scroll down below: 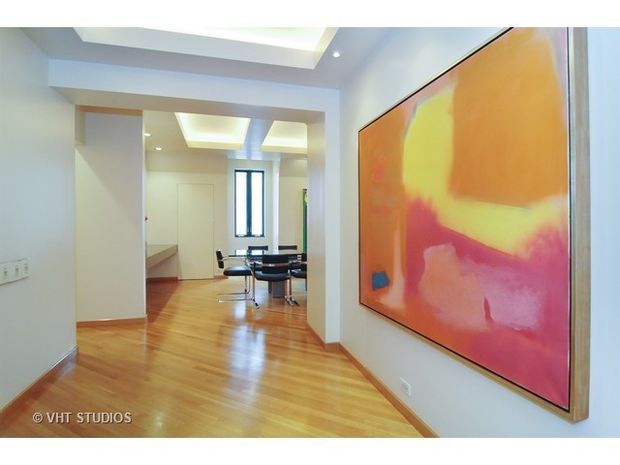 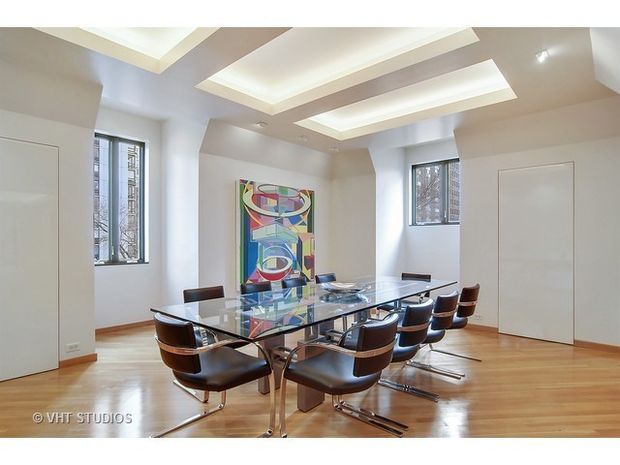 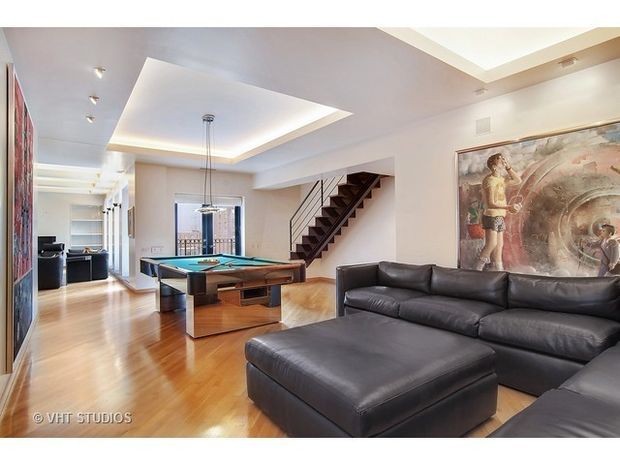 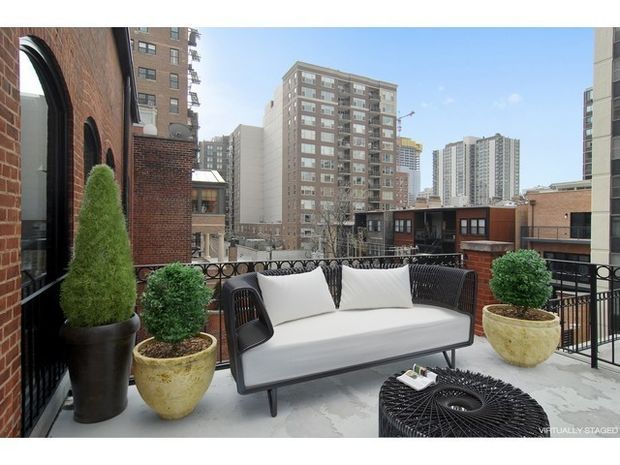