DOWNTOWN — Walks in Grant Park are about to be a bit more winding.

Janice Lewis, a life coach based in the South Loop, wants to donate $50,000 to delineate a new labyrinth in Chicago's premier park.

Unlike mazes, which have dead ends and get people lost, labyrinths help people find themselves, Lewis said. Walking labyrinths is a meditative practice that goes back thousands of years across various religions.

"I am passionate about finding peace within so we can be more peaceful outside," Lewis said. 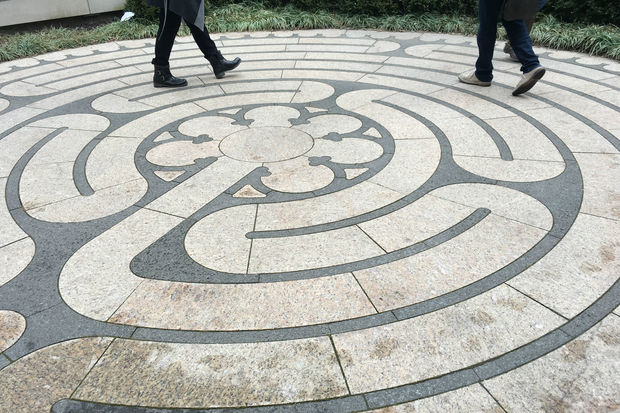 Lewis, who sits on the board of the national Labyrinth Society, presented her idea Tuesday night to the Grant Park Conservancy led by Bob O'Neill. The labyrinth could be placed in the "health park" O'Neill eyes for the park's discontinued skate park at 8th Street and Columbus Drive.

"They thought it'd be the perfect place," O'Neill said.

The term "labyrinth" first appeared in Greek mythology, specifically when King Minos ordered the construction of an elaborate maze to confuse and conceal a hideous Minotaur.

Labyrinths, which often symbolize spiritual journeys and the path of life, appeared in churches during the Middle Ages and are also seen in Native American, Buddhist, Kabbalist and Hindu contexts. 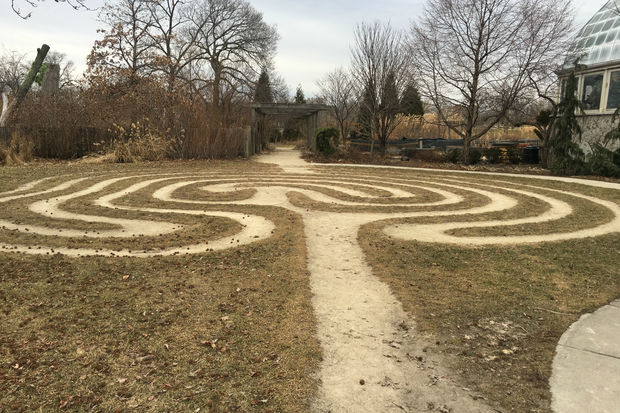 But Lewis' offer isn't so peaceful to some. Elaine Soble, who lives in a condominium overlooking Grant Park, is worried about the labyrinth and other Grant Park proposals that could take away the park's green space.

"This park is not for sale; it's not supposed to be Coney Island," she said.

O'Neill and Lewis say they have yet to present the labyrinth idea to the Chicago Park District.