THE LOOP — Offshore water cribs, the South Side's Jackson Park and various public sculptures are among the most endangered properties in the city, according to a local preservation group.

Preservation Chicago's list of the seven buildings, structures, and other features of the city reflect those most in danger of being lost to demolition or decay.

Now in its 14th year, the purpose of the list is "to spotlight these structures, features and landscapes and encourage their reuse and possible restoration and renovation, which can positively impact and enhance our City, looking to the future," Miller said in a new release.

Here are the buildings, parks and structures the group aims to preserve:

Jackson Park and the South Shore Cultural Center and Park.

Bounded by Lake Michigan, 56th Street, Stony Island Avenue and 71st Street, the parks were designed between 1893 and 1916. Threats to Jackson Park include the construction of the Obama Library, the  construction of a golf course spanning both parks and the various proposals by Project 120 in Jackson Park. 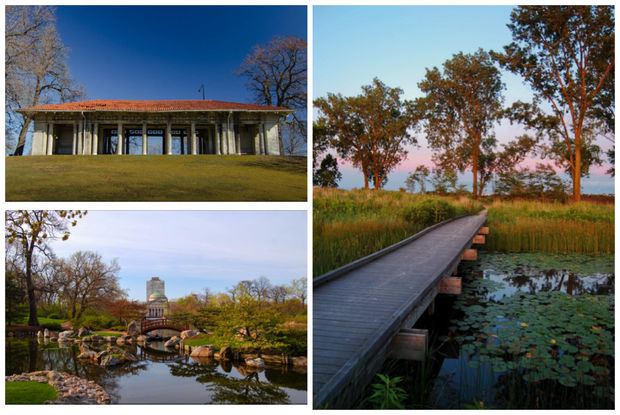 "Monument With Standing Beast" and Other Public Sculptures Downtown, In The Loop

Created in 1984, Jean Dubuffet’s "Monument with Standing Beast" is located in the plaza in front of the James R. Thompson Center at 100 W. Randolph St. But a plan to sell the Thompson Center would likely result in a new development, "leaving the fate of Dubuffet’s sculpture unknown, unless the building, plaza and the sculpture were to be landmarked," Preservation Chicago says. Other endangered public art pieces include Marc Chagall's "Four Seasons" mosaic that has fallen into disrepair in Exelon Plaza, 21 S. Clark St. and Alexander Calder's "The Universe" in the lobby of the Willis Tower, 233 S. Wacker Dr. 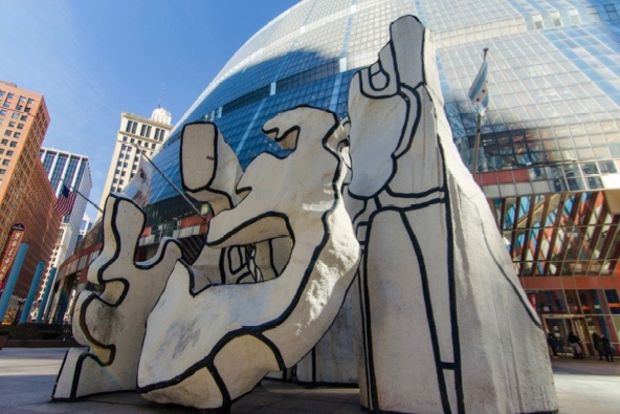 The Four Mile and Wilson Avenue water cribs, built in 1894 and 1915, respectively, are circular offshore structures that are "often forgotten but essential components of Chicago’s infrastructure," according to Preservation Chicago. While two drinking water cribs remain in use and are integral to the city’s water supply, other cribs have been out of service for years. Though the city has plans to demolish two of the older cribs, Preservation Chicago is advocating for preservation and potential reuse. Ideas proposed by the  group include bird sanctuary, museum, a restaurant and more.

Located at 946 E. 132nd Place. Altgeld Gardens was constructed between 1943 to 1945. With more than two dozen of the public housing development's structures and 244 residential units scheduled to be destroyed, Preservation Chicago says it wants to see the Chicago Housing Authority or another third-party housing organization "take responsibly for these 25 structures, renovate them, and return them to active use as affordable and low-income housing."

The group also wants the development to be considered for the National Register of Historic Places due to its significance in the history of public housing and the connection to the legacy of President Obama. As a young organizer, the future president helped Altgeld Gardens residents push Chicago Housing Authority to remove asbestos from the vast housing project, which is surrounded by a slew of factories, landfills, dumps, and polluted waterways, according to reports. 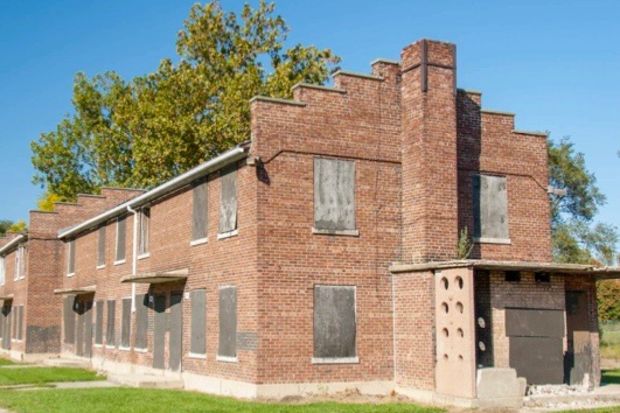 A building in Atgeld Gardens slated for demolition.  [Photo By Eric Allix Rogers]

Built in 1932 and out of service since 2011, the Chicago Union Station Power House at 301 W. Taylor St. in the South Loop is being considered for demolition by its owners, Amtrak, which says the structure may no longer be necessary for its operations. Preservation Chicago argues that the "strong verticality of the Power House, from its linear groupings of parallel window bands to its tall chimneys, emphasize the building’s strength" and that the structure "is a rare example of power house industrial design by Graham, Anderson, Probst & White," the same firm that designed the Landmarked Wrigley and Field buildings and the Merchandise Mart. The group says they would like to see "a clever adaptive reuse of the building." 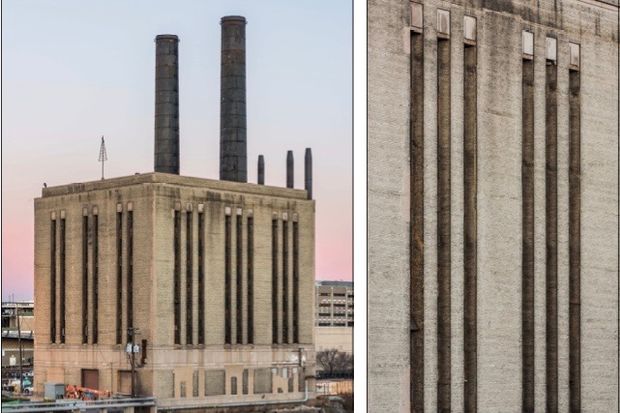 Built in 1932, the Chicago Union Station Power House is being considered for demolition.  [Photo by Serhii Chrucky]

Located At 1230-1232 E. 75th St in Greater Grand Crossing, Cornell Store & Flats was built in 1908 as an investment property for the estate of Paul Cornell, a real estate developer and "Father of Hyde Park." Cornell's heirs solicited architect Walter Burley Griffin, an Oak Park native and contemporary of Frank Lloyd Wright, to design the building, which offers a ground-floor retail space facing 75th Street, with four apartments above, arranged around a light court in the middle of the building.

"A handful of potential owners have emerged, but none of their plans have come to fruition. Preservation Chicago hopes to continue to attract attention to this important historic building in hopes of encouraging its preservation and reuse," the group says. 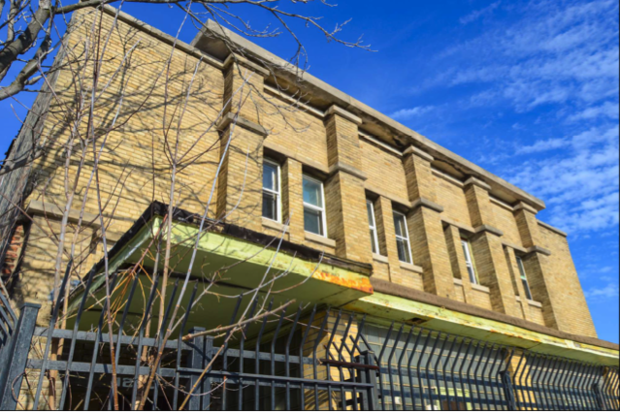 Constructed in the late 1890s to 1930s, the cluster of eclectic tall Art Deco, Art Moderne, Modernist and Gothic buildings at the intersection of Madison and Pulaski Avenues were once home to department stores, movie palaces, hotels and other amenities — creating a “mini Downtown” that was arguably the shopping center for the entire West Side, Preservation Chicago says. Today, the area includes many abandoned and underutilized structures, and if not protected, the group fears much of the area may face demolition. 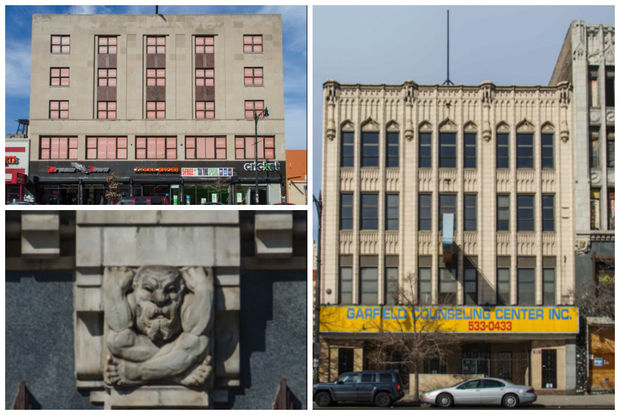