Is A Move Coming For Macy's Famed Walnut Room?

THE LOOP — Macy's is trying to redevelop the upper floors of the former Marshall Field's on State Street, throwing the future of the store's storied Walnut Room into doubt.

A top Macy's executive told analysts in a conference call Tuesday that downsizing the chain's flagship store in the Loop is "one of our top priorities in 2017."

Macy's recently sold the top four floors of a Seattle store to a developer and is close to doing the same in Minneapolis as it continues to cut company costs.

Andrea Schwartz, a Chicago-based spokeswoman for Macy's, said that the chain plans "to keep the tradition of the Walnut Room" after any redevelopment on State Street, a cryptic statement that raises questions about the Walnut Room's future.

RELATED: Marshall Field's Lives On At Macy's, 10 Years After The Big Name Change

A Chicago fixture since 1907, the Walnut Room on the seventh floor of Marshall Field's at 111 N. State St. was the first restaurant ever to open in a department store. Its dining room is known for its wood-paneled walls, elegant coffered ceiling and chandeliers, and a 45-foot-tall Christmas tree the store puts up for the holidays.

The Walnut Room still serves a chicken pot pie named after Mrs. Hering, an enterprising clerk who inspired the restaurant after selling pies to customers as they shopped. 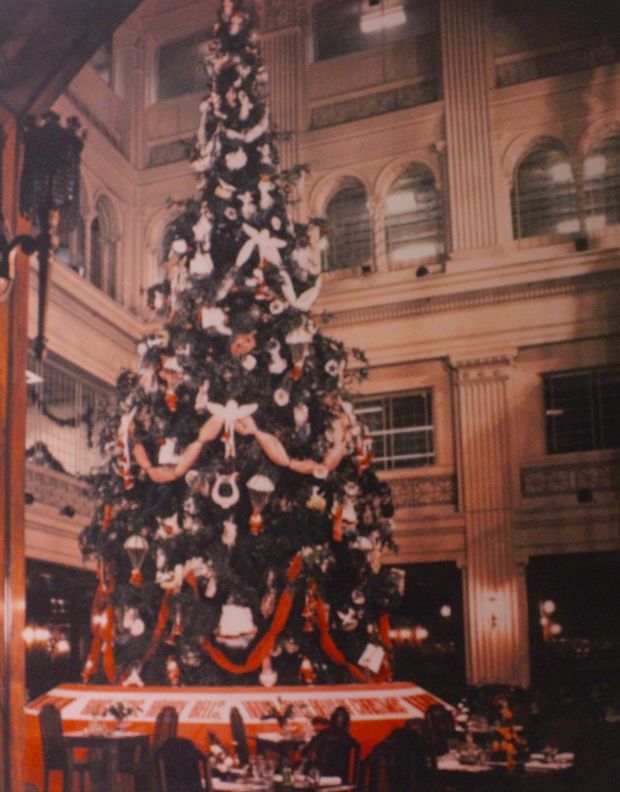 The restaurant first opened as a tea room before renaming itself for its walnut wood-paneled walls in the 1930s.

The Walnut Room is one of the few remnants of the former Marshall Field's, a pioneering store that also was the first to employ female sales clerks, supply bridal registries and offer money-back guarantees. It opened in 1893, the same year as the famed World's Columbian Exposition in Chicago, and still has signature Old World charms including a Tiffany dome and big historic green clocks on State Street.

Field's was sold to Macy's in 2005, when the New York chain went on a department store-buying spree. Macy's is now closing dozens of stores — and selling off portions of others — amid flagging sales.

Schwartz declined to comment further on the future of the Walnut Room, but said via email that "We are still working on a plan for a downsized Macy’s on State Street store, which we expect will result in a more vibrant and more productive store."