MORGAN PARK — Kenny Fullman was inducted into the Illinois High School Baseball Coaches Association's Hall of Fame because of his numbers.

But his record (438-181) at Harlan High School doesn't even begin to tell the whole story. Nor does Fullman's 12 Illinois High School Association regional titles or his Chicago Public Schools championship.

A Morgan Park resident, Fullman's story begins at Jackie Robinson Park in Washington Heights. He was raised at 10540 S. Morgan St., about 100 feet from the park — then known as Mount Vernon Park.

It was in that park that Fullman, 46, learned to play baseball. He remembers seeing Chicago legends like Kirby Puckett, Marvin Freeman, Keith Robinson and others playing ball on those same fields near his house.

Fullman said he was drawn to the sport. His strong bat made him a fixture in the lineup, playing catcher, first base and outfield. He remembers spending summers playing baseball in the park with his brother, Gerald. The pair typically left the house at 8 a.m. and didn't come home until sundown.

"I lived in Mount Vernon Park," he said. 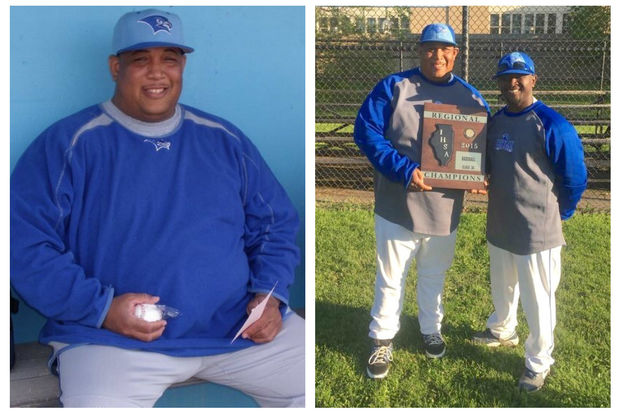 Kenny Fullman of Morgan Park has been the head coach at Harlan High School in Roseland for 17 years. Brian Turnbo has worked as an assistant coach at Harlan since 2004. [Supplied Photos]

Fullman was just 12 years old when his father was shot to death on June 12, 1982,  while trying to break up a fight in the neighborhood. After his dad's death, Fullman decided to become a baseball coach. He was 14.

"I just always felt like if I spent time with the kids, maybe they would think twice about picking up a gun and killing someone like what happened to my father," Fullman said.

Brian Turnbo won a Chicago Park District championship with Fullman as his coach, at a time when Fullman was still a student at Mendel Catholic Prep High School in Roseland.

Fullman "actually played football at Mendel. He'd come in between two-a-day football practices and coach us," said Turnbo, who became Fullman's assistant coach at Harlan in 2004.

Turnbo said Harlan has a unique style of coaching that incorporates stories from his own life. His players don't always connect with his stories immediately. But as time goes on, they tend to come back to school and say they now understand.

Fullman also preaches mental toughness, which Turnbo said has played a significant role in Harlan's success on the baseball diamond.

Fullman has been the head coach at Harlan for 17 years. The neighborhood school at 9652 S. Michigan Ave. in Roseland has 462 students, many of whom live in public housing, he said.

"One of the things I have learned about coaching in a public school is you take what you get, and you work with them," said Fullman, who has helped mold 13 of his players into Major League Baseball draft picks.

"It's a blessing that I can give this game over to kids, so they can see how great this game is and where it can take them," Fullman said. "And even if you don't make it in baseball, they still spend time with positive people."

Congrats to one of Chicago's Finest, Coach Fullman on being inducted into the @IHSBCA1 Hall of Fame last night. #WellDeserved pic.twitter.com/l3nyCk1KSY

Fullman earned a college baseball scholarship after graduating from Mendel. He went on to become a four-year starter at Kentucky State University in Frankfort, Ky., where he majored in business administration.

"One of the things Kentucky showed me is that everyone doesn't live big city life," said Fullman, who added that the slower pace on campus was eye-opening.

He returned to Chicago after graduation and worked briefly at a bank. He soon changed gears and went back to school to become a teacher, landing a job as a gym instructor at Owen Scholastic Academy in Ashburn.

He worked there for two years before comparing paychecks with a friend who joined the Chicago Police Department. He became a police officer in 1995 and has mostly worked at schools in the Wentworth District.

Fullman said his job allows him the flexibility to serve as Harlan's baseball coach, where he's made deep connections with many of his players. He said its not uncommon for him or others on his staff to drop off food or portable heaters for players' families when they need it. Many of his players live below the poverty line.

Others struggle with absentee parents or are surrounded by drug addiction and its effects. Fullman said a few players even call him "Dad." And he believes his own past allows him to connect with those affected by gun violence.

In addition to the sad stories, Fullman said, "there are a lot of great stories. I have been blessed with kids who are not in the best situations, but they give me their all on the field," he said, adding that he's only the second African-American to be inducted into the Illinois High School Baseball Coaches Hall of Fame. 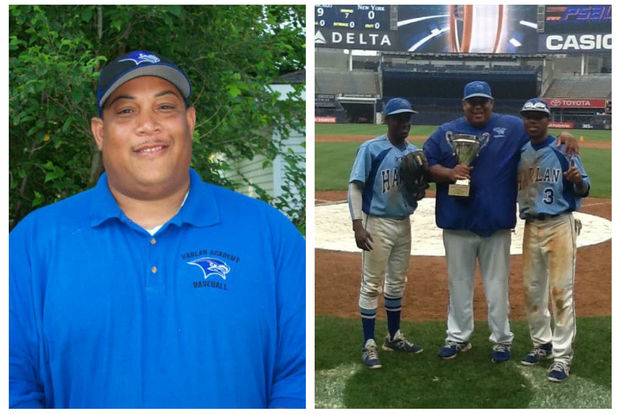 Fullman said he routinely calls his players to check in after graduation, something appreciated by Idell Johnson. She sent her three sons to Harlan and all left the school with collegiate baseball scholarships.

"Coach Kenny is more like a father figure to all of my kids," said Johnson, whose son, Elliot Armstrong, was drafted by the Atlanta Braves in 2007.

Johnson said she initially had reservations about sending her children to Harlan. She was considering Morgan Park High School or even moving to the suburbs when her children began graduating from elementary school.

But the boys insisted on Harlan after meeting Fullman, Johnson said. She said that although her son Elliot was drafted, he declined the offer so he could go to college. He also recently applied to become a Chicago police officer — just like his former coach.

"By Fullman] being a police officer, that helps a lot. He keeps them in line," she said.

Fullman said stories like those of Johnson's three sons as well as his award last month from the fellow coaches validates his work both on and off the field.

"Everybody does something well in life. I just happen to love and do baseball well," he said.