MEDICAL DISTRICT — The family of a Minneapolis man who was shot by an Amtrak officer outside Union Station Wednesday said that he was "fighting for his life" Friday.

At 8:42 p.m. Wednesday, an Amtrak officer was in the 300 block of South Canal Street when he shot Chad Robertson, 25, in his left shoulder, Chicago police said. Robertson was taken to Stroger Hospital in serious condition.

Douglas Hopson, an attorney representing the Robertson family, said that Robertson was unarmed. Chicago Police Department officials would not say whether a gun was recovered at the scene.

Police have said that money and drugs belonging to Robertson were found at the scene. Hopson said that Robertson was found with a negligible amount of marijuana. No charges have been filed against his client, Hopson said.

Robertson had traveled to Memphis, Tenn., on a Megabus for a family funeral, according to his sister Nina Robertson. On his way home to Minneapolis, he had a one-hour layover in Chicago, and went inside Union Station to stay warm. At some point, Robertson and a friend were told that they were trespassing and ordered to leave Union Station. They complied, Hopson said.

After leaving Robertson and the friend, "realized that they had forgotten a bag, and they went back to get the bag," Hopson said.

At some point, the Amtrak officer tried to stop and search Robertson, Hopson said, and Robertson ran with his hands "in clear view."

The Amtrak officer then shot Robertson in the back outside Union Station, his attorney said.

"Why did he run? We don't know. Maybe he saw the look ... in the [officer's] eye that ultimately did the unthinkable," Hopson said.

In Chicago Friday in front of Stroger Hospital, Robertson's family said that a bullet is lodged in his spine, he has no movement from his neck down, and he is facing permanent paralysis.

He is "fighting for his life," his sister Nina said. One of 10 siblings, Robertson is the father of two children, ages 6 and 10 months old.

"My brother will get justice. And we will not leave Chicago until we do," Nina said, surrounded by Robertson's family. "They are going to jail. ... Somebody will pay." 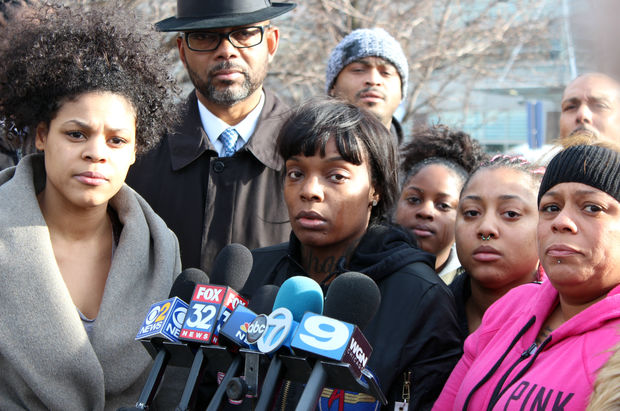 The Amtrak officer did not call 911, but bystanders did, according to Hopson.

The Amtrak officer who shot Robertson has not been named. He has been moved to administrative assignments, confirmed Marc Magliari, Amtrak spokesman.

The Police Department is leading the investigation, Magliari said.

"I am tired of people asking questions like, 'Why did they run?' and putting all of this blame on the family," Bernice said. "The Department of Justice came to Chicago and found definitive evidence that the Chicago Police have systematic racism in its tactics and its policies." 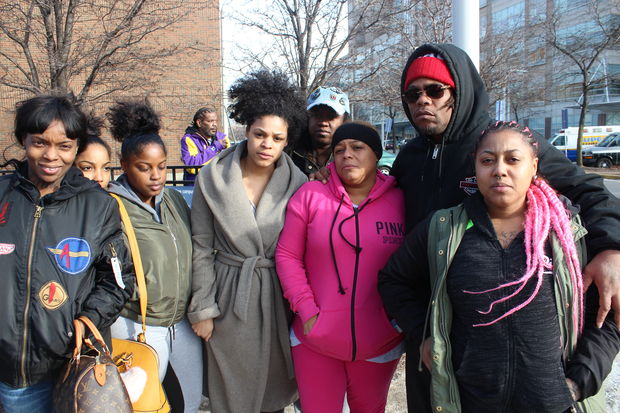