THE LOOP — Police say they've arrested the man who pulled up to the Chicago Loop Synagogue this weekend, smashed a window and defaced its front doors with swastika stickers.

Police said they arrested Wright on Tuesday in the 2100 block of South Loomis Street after receiving a tip. Wright, whose address is unknown, was leaving a residence and was arrested without incident, police said.

The crime early Saturday alarmed Chicagoans of all faiths. The attack, captured on surveillance video, was the first for the synagogue since it opened in 1959 at 16 S. Clark St., said Lee Zoldan, the synagogue's president.

"It brings us some closure," Zoldan said of the arrest. "[Wright's] innocent until proven guilty, but the fact we have somebody who [police are] bringing charges to, that’s a start."

The synagogue had offered up to $3,000 as a reward for information leading to a suspect's arrest.

By Monday afternoon the synagogue's front door had been covered in letters of support from neighbors of all faith.

Local religious leaders led an "interfaith gathering" at noon Wednesday. Zoldan said the gathering was attended by more than 1,000 people of Muslim, Jewish and Christian faiths.

"You couldn’t get parking spaces for four blocks in any direction," Zoldan said.

The gathering was led by the Chicago-based Jewish United Fund.

"All Americans aspire to live in a society that is free from discrimination, from fear," Aaron Cohen, the fund's vice president of communications, said Monday. "When anyone thinks it is open season on those values, for whatever reason, then we all stand to lose." 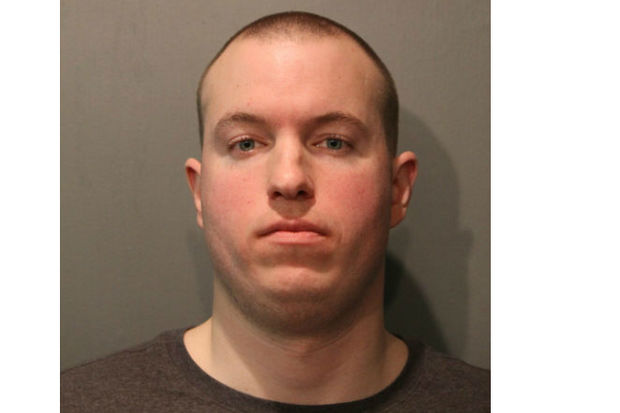 New Taft Freshman Campus To Be Built On Northwest Side, Alderman Says