MORGAN PARK — A new mentoring program at Esmond Elementary School not only offers a helping hand to students in Morgan Park but also includes various classes for the volunteers.

A group of seven parents and grandparents with students at the school began its training Wednesday. By next week, they're all expected to be working with children at the school at 1865 W. Montvale Ave.

"This area means a lot to everybody in here. If we don't notice things and come up here, nothing will be done," said Linda Cobb, who lives across the street from Esmond. Two of her grandchildren attend the school, and two others are recent graduates.

The trained volunteers will work side-by-side with students for two hours a day from Mondays-Thursdays. They'll also be taught how to work with teachers and staff, said Mayra Sarabia of the Southwest Organizing Project.

On the fifth day, the volunteers will take part in classes and seminars — often unrelated to their work in the classroom, said Sarabia, who trains school mentors throughout the city. These classes offer tips on home buying, healthy living, computer literacy and more. 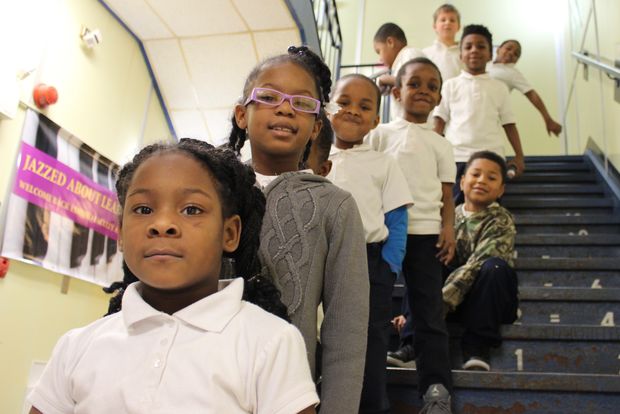 A group of students comes down the stairs of the annex at Esmond Elementary School in Morgan Park. [DNAinfo/Howard A. Ludwig]

The mentoring program was started by the Logan Square Neighborhood Association, which noticed that it was difficult to bring Spanish-speaking parents into schools to volunteer. So in exchange for volunteering, it offered free weekly language courses for parents.

Margot Burke Holland, executive director of the Beverly Area Planning Association, saw the successful program and suggested altering it for schools in the 19th Ward. Instead of language courses, volunteers spend their fifth day learning about various topics to help them in their daily life.

Holland introduced her version of the program last year at Beverly's Barnard Elementary School to rave reviews. Those who complete 100 hours of combined volunteering and coursework receive a $500 stipend, she said.

Laurie Smith works as a teacher's assistant and resource coordinator at Esmond Elementary, which has 313 students. She also lives across the street and said having parent mentors will create more watchful eyes both inside and outside of school.

Smith said students will likely straighten up upon seeing parent mentors throughout the community. She said this is a direct result of forming a bond with these same children in class.

"We have to quit saying 'Problem kids are not our problem,' or 'It's not my child.' It's all of our problem," said Smith, who believes the mentor program will continue to grow. She also encouraged more men to participate.

Smith said Esmond is commonly viewed as a safe place for students to hang out before and after school. So she encourages kids to stay as long as they like, and said the volunteers will reinforce this sense of security. 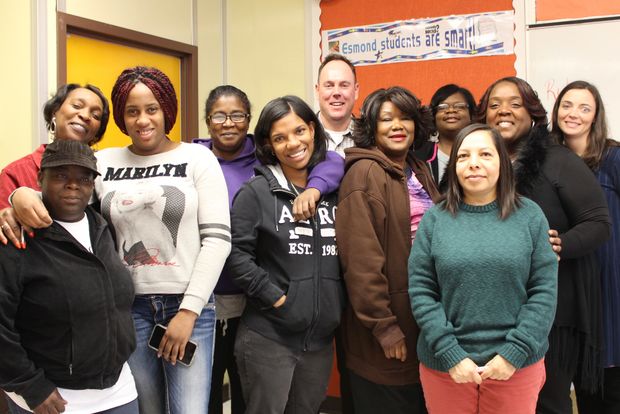 Ald. Matt O'Shea (19th) spoke similarly when fighting for his school restructuring plan late last year, seeking to make a considerable investment in the aging facilities at Esmond Elementary as part of his plan, which was ultimately dropped Oct. 10.

"The parents and grandparents here at Esmond is what drives the success of this school," he said Wednesday. "Everything starts at home, and it starts at a young age."

He reiterated his pledge to find a way to invest in the school despite abandoning his original plan which called for merging Kellogg and Sutherland elementary schools in Beverly, moving the Keller Regional Gifted Center and giving the overcrowded Mount Greenwood Elementary School a second campus.

"On a community level, we are committed to do whatever we can for the students at Esmond," said O'Shea, adding that he'll meet with Chicago Public Schools officials again today to discuss solutions for both Esmond and Mount Greeenwood schools.

"These are the most critical issues," O'Shea said.