BEVERLY — Maureen Gainer Reilly believes she won an award for the renovation of her Beverly bungalow not for how much she spent but for how little.

Gainer Reilly spent just $2,500 to renovate the kitchen of her home near 99th Street and Damen Avenue. Still, she was honored last week by the Chicago Bungalow Association.

"There were certainly more spectacular rehabs than mine," Gainer Reilly said Thursday. 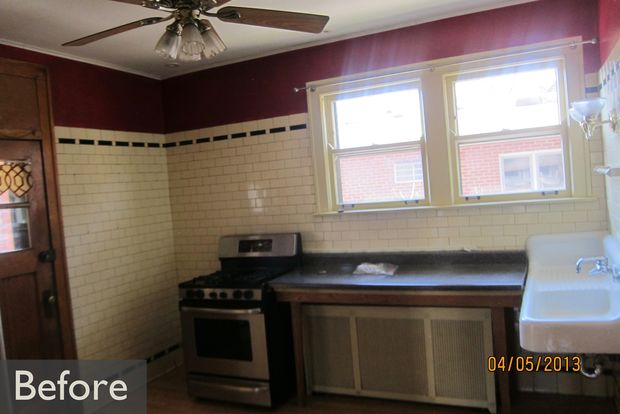 An eight-foot radiator limited the size, scope and functionality of Maureen Gainer Reilly's kitchen in Beverly. She checked with a specialist, who suggested using a smaller radiator. The change allowed her to reinvent the room on a budget. [Supplied Photo]

A Beverly native, Gainer Reilly moved back to the neighborhood from the East Coast with her husband, Eamon, three years ago. The couple have four children and are active in St. Barnabas Parish.

The family spent any money they had left after buying their bungalow to resolve a flooding issue in the basement. That put limits on how much could be spent on a kitchen rehab, Gainer Reilly said.

"I know we had no money, but I needed to be able to make food," she said. "It was really a renovation out of necessity."

Initially, a sprawling, eight-foot radiator seemed to hinder any thoughts about reconfiguring the room. But Gainer Reilly said she checked with an expert who suggested she replace the radiator with a smaller one.

"Taking out that radiator was a game changer," she said.

Gainer Reilly purchased a smaller radiator for $100 from a scrap yard. The kitchen still remains at a comfortable temperature, she said. 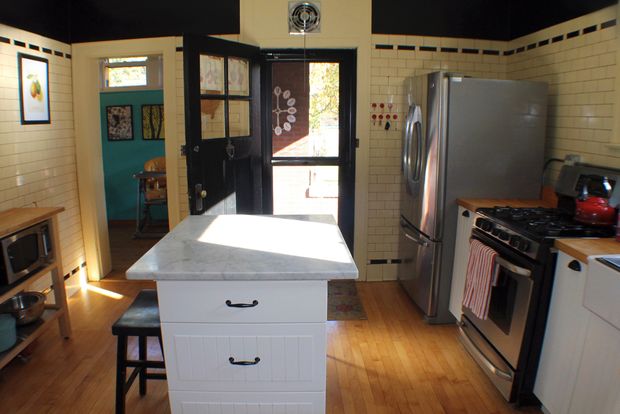 The radiator swap made the addition of more cabinet and counter space possible. Most of the fixtures were purchased at IKEA. And a permanent dishwasher was also installed, replacing the previous unit that needed to be rolled over to the sink and hooked to the faucet.

She also feverishly removed multiple doors on the pantry and got busy with three gallons of white paint. Covering the old, stained wood and opening up the pantry changed the look, feel and function of the pantry.

Winners of the bungalow contest are awarded a cash prize of $1,000 and receive a handcrafted copper plaque. Nominees were judged on overall visual impression, the creative design solution and how well the project maintains the bungalow's integrity. 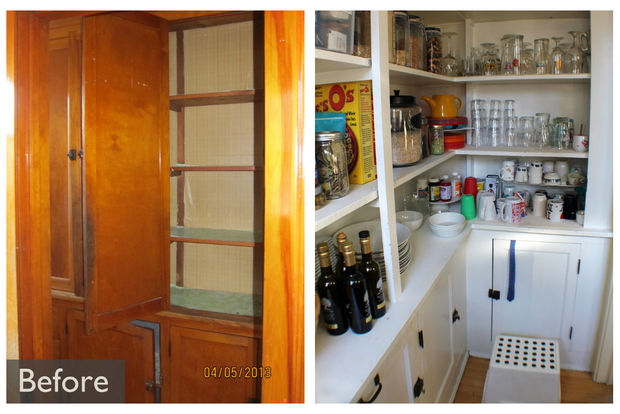 These before and after shots show the transformation of Maureen Gainer Reilly's pantry in Beverly. She said the area now looks and functions better. [Supplied Photos]

“We are so pleased to have many young couples and families as winners again this year, continuing a trend seen over the last two years,” said Mary Ellen Guest, executive director of the bungalow association.

“Younger, first-time homeowners bring new strength and energy to our neighborhoods,” she said.

For more information on the annual Richard H. Driehaus Foundation Bungalow Awards or to see pictures from all the winners, visit the Chicago Bungalow Association's website or call 312-675-0300.