"We wanted to be sure the primary focus of these plans would impact every girl," said Klingenberger, a 1975 Mother McAuley graduate. 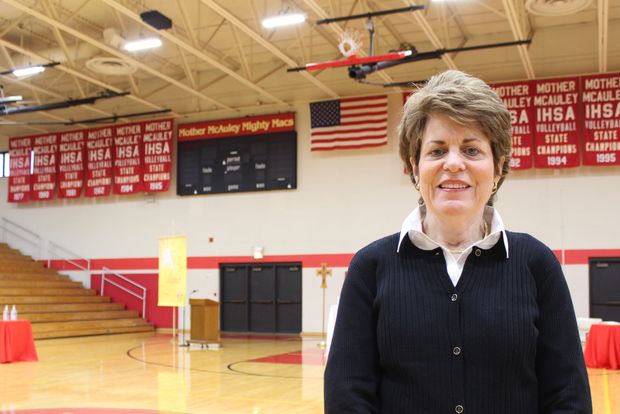 The last major improvement campaign at the school was 23 years ago, said Klingenberger, who added that those efforts resulted in a new gym and music wing. There is no price tag yet on the school's latest plan.

That said, the new proposal takes a broad approach to improvements but generally focuses on building more spaces for joint projects and teamwork. A prime example is the new library that will offer space for students to gather as well as take advantage of technology.

"What we are hearing and what we know is happening in the workforce is people really need to know how to collaborate," Klingenberger said. 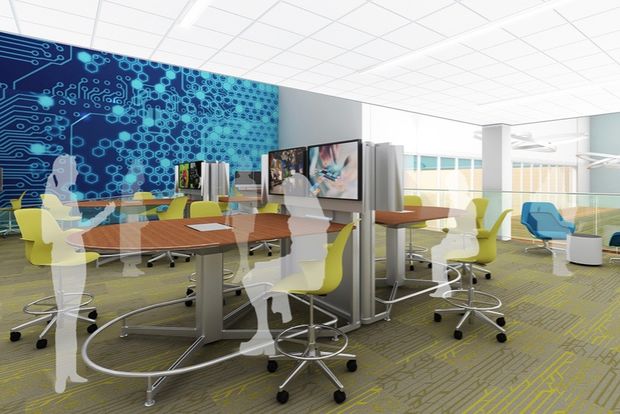 A new media center on the second floor will be tied to the existing library below at Mother McAuley Liberal Arts High School. The improvements are part of the Mount Greenwood school's "Future Ready" campaign. [Supplied Illustration]

As part of this, the first-floor library will be expanded into the courtyard. The ground floor will then be coupled with the media center above. The two areas will be connected with a stairway, creating what Klingenberger calls "the heart of the school."

"I predict this area will never sleep," she said, adding that the college counseling office will also be moved there. 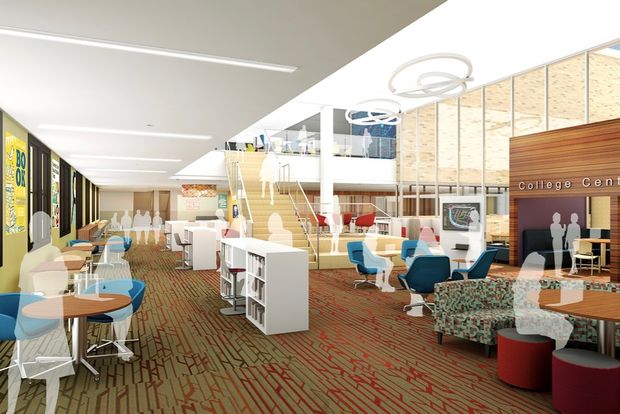 The library at Mother McAuley Liberal Arts High School will be tied to a second-floor media center, according to the school's "Future Ready" campaign plans. College counseling will also move into this expanded area. [Supplied Illustration]

But the first phase of the project aims to improve school safety by creating a more secure entrance. An enclosed foyer will be used to better vet those entering the building, and a tribute to the Sisters of Mercy will also be built near the new entrance.

The order founded the school as the St. Francis Xavier Academy for Females in 1846. The school moved to its current location in fall 1956. It was renamed for Catherine McAuley, who founded the order.

Just down the hall from the new entrance, the student lounge will also be renovated. This area is meant for McAuley students who arrive early and stay late for sports practices, club meetings and other before- and after-hours activities, Klingenberger said.

"So seldom is a student just here for classes," she said. 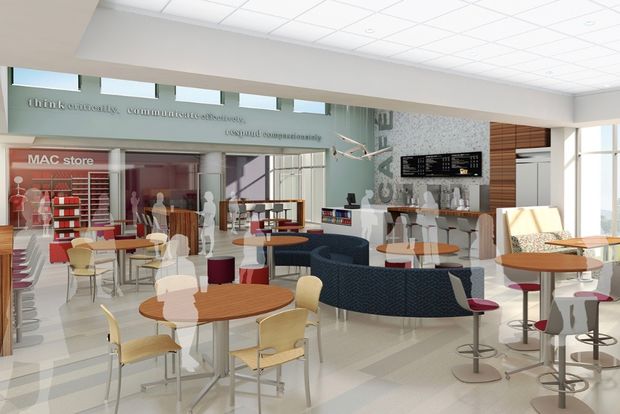 A new student lounge will include a cafe at Mother McAuley Liberal Arts High School in Mount Greenwood. The lounge improvements are meant to give students a place to hang out between sports practices, club meetings and other periods of downtime. [Supplied Illustration]

The lounge will include a small cafe that will be open throughout the day and replace the concession stand outside the gym. The "Mac Store," which sells school apparel and other items, will also move into this area.

"Our needs have changed dramatically, and everyone is more focused on health and wellness," said Klingenberger, pointing to the school's 13 sports teams, up from just four teams when the gym was originally built. 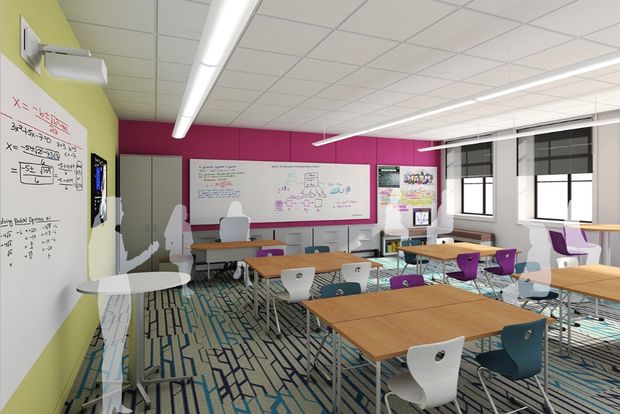 Several classrooms will also be freshened up with new paint, new furniture and updated technology. Traditional desks will be replaced by tables for group work and improved wiring aims to better accommodate students using iPads for classwork.

Most of the construction will be done during the summer months over the next five years to keep disruptions at a minimum, said Klingenberger, who reiterated the need to have facilities that foster collaboration and encourage students to stay on campus to participate various activities.

"We are truly a second home for students, because they are here so much," she said.