UPTOWN — Since her first paid performance three decades ago, Lynne Jordan has filled venues around Chicago — from Buddy Guy's Legends to the United Center — with her eclectic vocals.

But after years as a well-known local blues and jazz diva who was a favorite for corporate parties, the gigs have slowed to a trickle — as has the money.

Her money troubles have been growing over the last five years, but reached a pinnacle about a year ago. She reached out to fans via a GoFundMe campaign, and raised nearly $12,000.

On Sunday, Jordan was forced to reach back out to her fans via a second GoFundMe campaign seeking $15,000. Online, she details her continued health problems, the bounced checks she's received from gigs and bills that have piled up.

Though she played some high-profile gigs — including performing at the second Great Chicago Fire Festival in the fall of 2015 — her financial troubles have become urgent, forcing her to get a day job and ask friends for money to eat.

"I am desperate, alone and I need your help," she wrote on the GoFundMe page. "I must file for bankruptcy. I didn't do it last year — a bonehead move. It's horrifying. I spend many panicked, sleepless nights worrying and crying about this. And as usual I kept it all inside, feeling like the World's Biggest Loser, feeling the judgment from friends and family, and just going along trying to appear cheerful, trying not to become a recluse in my bed."

Discovering the diva inside

In the early 1980s, Jordan moved from Dayton, Ohio, to attend Northwestern University to study journalism.

"The first three years I was there, I never sang," she said in an interview Tuesday night, adding that it wasn't until a friend heard her singing along to Wilson Pickett's "Midnight Hour" that anyone realized she was hiding her powerful voice.

A few weeks later, after she had a few drinks, that same friend threw her on stage during a party with a live band and told the band to play "Midnight Hour."

After the performance, her university hired her to perform at its annual all-day music festival, Dillo Day, which meant she had to form a band quickly. The band, which was named Lynne Jordan and the Hags, consisted of three friends singing backup, she said.

"It went from there, but I didn't seriously pursue it," she said.

At a neighbor's birthday party, she again found herself singing on stage and learned the owner of Blue Chicago, 736 N. State, was looking for a female vocalist. She performed for Linda Cain, founder and managing editor of Chicago Blues Guide, and got the gig, she said.

"That's how I got going, and it just kept going from there. The work was just crazy," she said.

By the early 2000s, she was making a pretty good living as a musician, and eventually caught the attention of movie reviewer Roger Ebert.

"I was making money, so I had the flashy website [and] a CD. I was able to pay for marketing, and I got the best I could buy," Jordan said. She often played with a 12-piece backup band and grew well-known for her outlandish, yet stylish, headware.

If you don't know how Lynne Jordan sings, it's time to find out. New profile of my favorite diva. http://t.co/HLbPCPsl

While she still has a loyal fan base, she first noticed the decline in gigs a decade ago. By 2013, it "really started to suck," she said.

In 2015, she performed at an opera and performed her tribute show to Nina Simone to standing-room-only crowds at the City Winery in Chicago and Atlanta. She played a split show with a Ukrainian rock band and performed in Ukraine, she said.

At Redmoon's second iteration of the Great Chicago Fire Festival, she rose above Chicago singing for a couple thousand people suspended on a contraption over Northerly Island. But even then, it wasn't enough.

"2015 was not a good year. I had no cushion whatsoever. Last year, felt like it was even wors, even though I was getting big gigs," said Jordan. 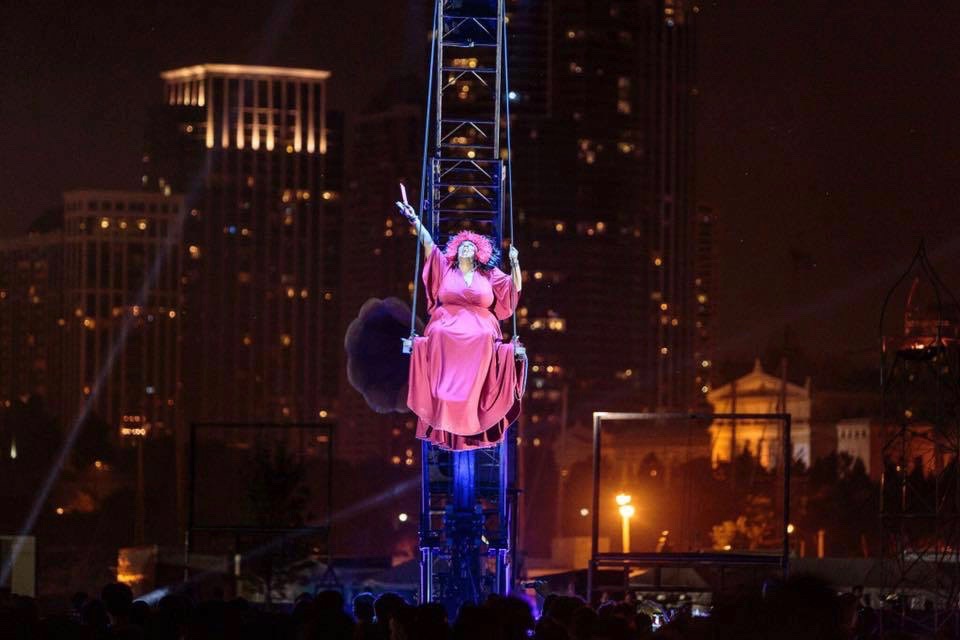 While she admits that poor money management contributed to her financial problems, years of performing took a toll on her health, and her medical bills began to stack up.

She has osteoarthritis, also known as degenerative joint disease, which she treats with expensive injections. The treatments were covered by her insurance through the Affordable Care Act, but her share of the costs mounted, and she fell behind because of her inconsistent paydays.

"I'm a very active performer. I sing. I dance. I run around. I stand on chairs. The osteo really changed" that, she said. "I couldn't pay my insurance anymore, but the last injection was before a great show, and I was able to perform at my potential."

As the money slowed, she refused to cut her band members' salaries because they were like family and most had been with her since 1989, she said.

"I had an accountant tell me I was crazy," said Jordan, who said she was living from hand to mouth. "I was able to pay my bills, then boom, boom, boom. Three clients didn't have my checks. There was cancellations. Then a bounced check did me in."

The lack of work led to depression, which "paralyzed" her. Eventually, she had to tell friends she didn't have money for food and got a job doing reception work, she said.

Though she hates asking for handouts, the GoFundMe is her declaration that she needs a helping hand, she said.

"I have an immediate need to not be on the streets," Jordan said.

So far, the GoFundMe has raised about $2,500 in just a few days. She's also received calls and emails from friends surprised the situation has become so dire and artists willing to pitch in.

Jordan went through a gauntlet of emotions as she discussed her career.

"I should give up and move back to Ohio," she said, sounding defeated before immediately rebounding. "But, I'm really good at it." 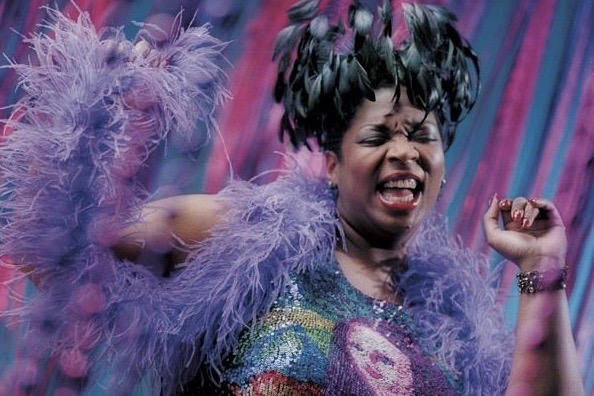 She recalls the time she sang the national anthem at the United Center. As she nervously waited to perform before the Bulls game, her mother, who traveled from Ohio, dished out all the neighbor gossip.

She admits to turning down low-paying gigs during her prime — gigs she wishes she had taken now.

"I'm not trying to be Beyonce or a rock star, but maybe that's the problem. Maybe I should be," she said, remembering how her mother taught her to value humility.

Though she's lived in the neighborhood for decades, she's never performed at Uptown's famous jazz club the Green Mill, 4802 N. Broadway, because she doesn't usually perform a straight jazz set, she said.

And she's never performed in its entirety, "Deconstructing The Diva," which she considers her life's work. The show, which she's performed pieces of at City Winery, is a collection of monologues — some humorous and some poignant — each followed by a song.

It includes the story of how her family ended up in Ohio and ends with a cover of "Strange Fruit," made famous by Billie Holiday and Nina Simone.

"It's not an abstract thing," she said. "My grandfather got into a fight with a white man, and they sent a lynch mob after him. He hid in a hollowed-out tree in the forest for a week, while my grandmother tried to get the money to send him to Ohio."

Though she's been constructing the piece for 30 years, she just might now have a another chapter to sing about.