DOWNTOWN — Developers will break ground Thursday on a 57-story tower overlooking Grant Park, a project that includes a renovation of the vintage Essex Inn next door.

The groundbreaking at 800 S. Michigan Ave. was announced late Wednesday by Mayor Rahm Emanuel, who said the $240 million project will create more than 400 jobs.

"The project’s tower crane will build on the post-recession record 51 cranes that operated in Chicago in 2016," a mayoral spokeswoman said in a statement.

The development is led by Chicago-based Oxford Capital Group, which converted the landmarked London Guarantee Building at Michigan Avenue and Wacker Drive last year into a four-star hotel with a buzzy rooftop bar

At 800 S. Michigan, the developer plans a mix of 476 apartments and 290 hotel rooms in addition to the rooms it owns in the Essex Inn next door. The tower is called "Essex on the Park" on the developer's website.

The developer first presented its plans to neighbors in 2015, but was met with skepticism as it pitched a new high-rise within a historic, lower-slung streetwall. The Essex Inn, known for its distinctive rooftop sign, opened in 1961 and is under consideration for city landmarks protection. 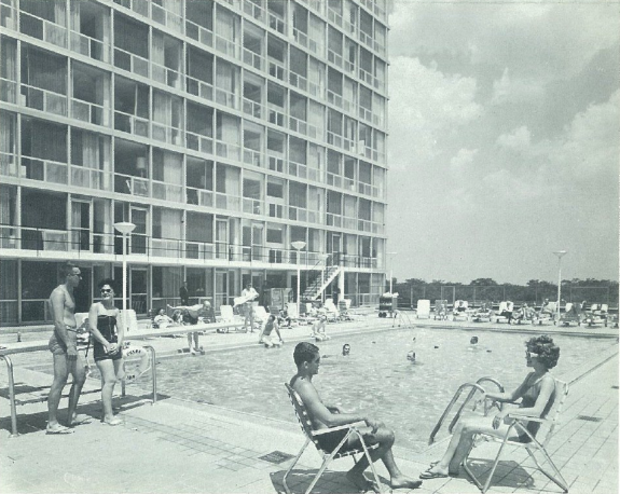 In 2015, the proposed tower included two rooftop bars — one for the public and one for residents — that would have looked over Grant Park through a criss-cross of beams connecting to the high-rise's upper floors.

A street-level rendering shown to neighbors in 2015. [Hartshorne Plunkard Architects]

That criss-cross has since been cut down, at least according to renderings presented to city officials vetting the project last year. The new tower will include a "sky lounge" available to the public and an atrium residents can reserve for events. 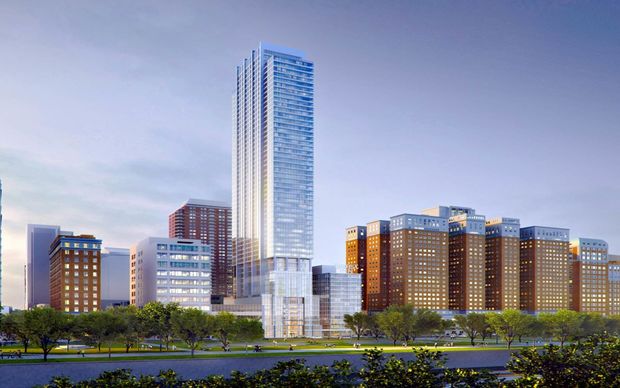 Height of Skyscapers on S. Michigan Ave. Could Be Limited Under City Plan