DOWNTOWN — Big changes might be coming to the Chicago River, where a pair of developers want to build an 800-foot-tall office tower next to the Civic Opera House.

The 800-foot-tall tower would include more than 1 million square feet of office space, a 40-foot-tall lobby, and a new stretch of Riverwalk that would be open to the public, according to a source who attended Tuesday's invite-only meeting with neighbors.

Representatives of Howard Hughes and Riverside, the latter of which just finished the new cantilevered tower at 150 N. Riverside Plaza, declined to comment. 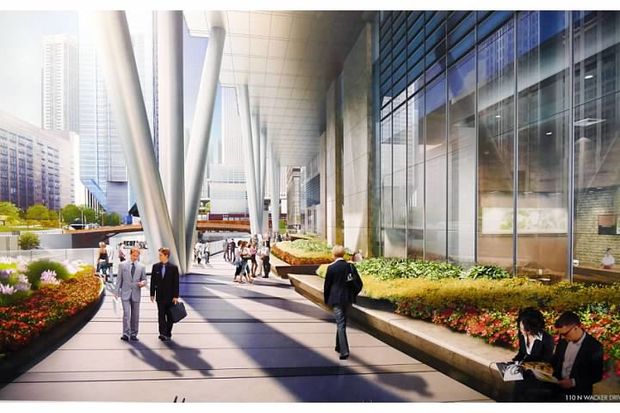 A Riverwalk rendering shared at Tuesday's meeting. [All renderings courtesy of Skyscraperpage.com/BVictor1]

Cook County records show a venture led by Howard Hughes in 2014 took control of the General Growth headquarters, a five-story building overshadowed by its taller neighbors on the river. The building, which was designed by the same firm that designed the Merchandise Mart and Wrigley Building, would be razed in favor of the new tower.

Developing the Chicago River into a destination akin to Lake Michigan has long been a priority of city officials, who have negotiated new riverwalks into new developments coming to Wacker and the Old Main Post Office, among other places.

A spokesman for Goettsch Partners, who designed renderings for the new proposed tower, deferred questions to Howard Hughes and Riverside.

Click the slideshow above or scroll down below for more looks at the proposed tower: 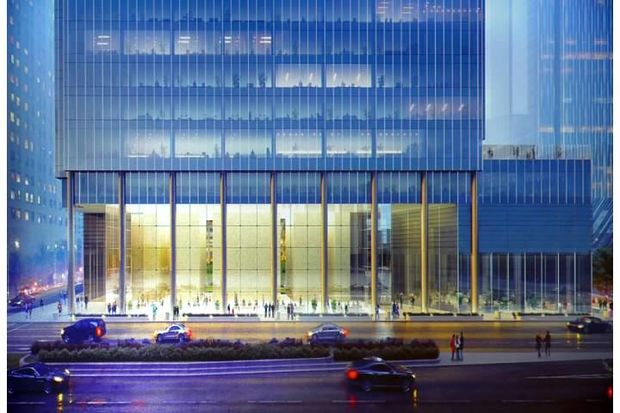 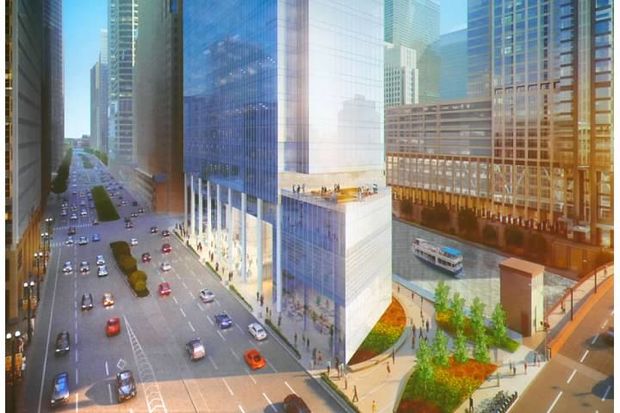 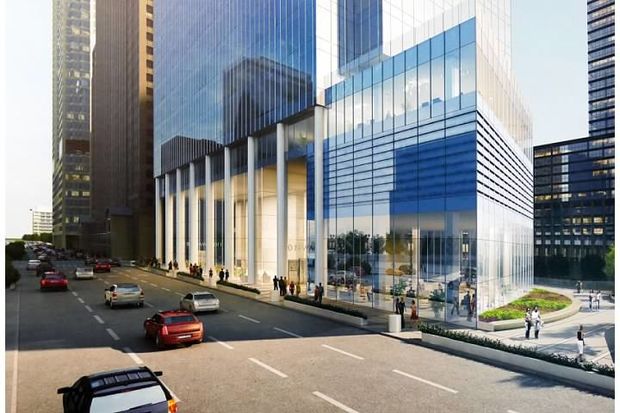 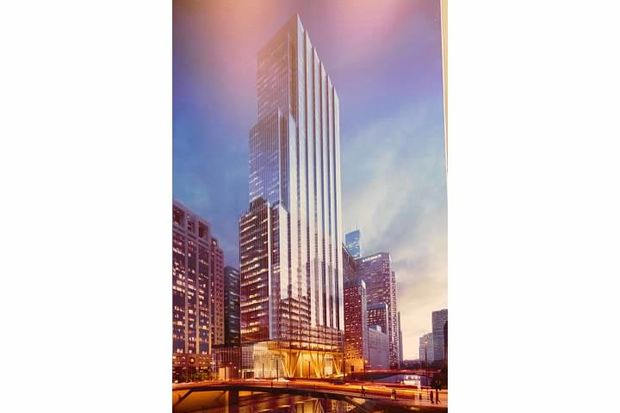