Hidden in the back of an office park at 4055 W. Peterson Ave., the former site of the Siebel Institute of Technology, the 10,000-square-foot warehouse is slowly transforming into a beer hall. The skeleton of a 28-foot concrete bar will soon be joined by long tables, all combining for enough space to seat more than 80 patrons.

A taproom was always part of Gulley's plan for the microbrewery, but it took a few years for can sales of its Entrenched IPA and Phobophobia Patersbier to yield them enough money to get going, he said.

He was especially eager to start pouring beer in a neighborhood that's been traditionally dry, partially due to city moratoriums on alcohol sales that cover some parts of Peterson Avenue, he said. Last year, Ald. Margaret Laurino (39th) offered to lift the moratorium near Pulaski Road so Alarmist could open its bar.

"There's pretty much nothing up here, and there are a lot of people who just want to have a place where they can come have a good beer," Gulley said. "And the fact that the beer is brewed on site just sweetens the pot."

Alarmist makes just four beers, selling them to bars, liquor stores and supermarkets around the city. But serving regular customers out of a dozen taps will give Gulley and his brewing partner, Aaron Dahl, the freedom to venture into new styles of brew, they said.

"It's going to be a huge creative outlet for us, and an opportunity to introduce people to some things they may not have tried before," Dahl said.

Their ideas are trending toward lighter and more "drinkable" beers, including an English bitter ale and a Czech Pilsner. The goal is for something customers can "sit around and have more than one of" without getting too tipsy, Dahl said.

Also for sale at the taproom will be Alarmist hats, T-shirts, pint glasses and 64-ounce growlers. Customers can even buy growler subscriptions, entitling them to bimonthly re-fills for a single yearly fee.

Businesses and residents in the neighborhood are thirsting for the project to get up and running, said Jennifer Herren, executive director of the Sauganash Chamber of Commerce.

"We're excited from an economic development standpoint, and we're fortunate as a community to have someone as dedicated to his craft as [Gulley] is pouring his heart and soul into this," Herren said. "It's going to be nice to have a unique product, made in Sauganash, that people will be able to walk to."

If construction continues apace, Gulley expects to open the taproom by mid-March, he said. 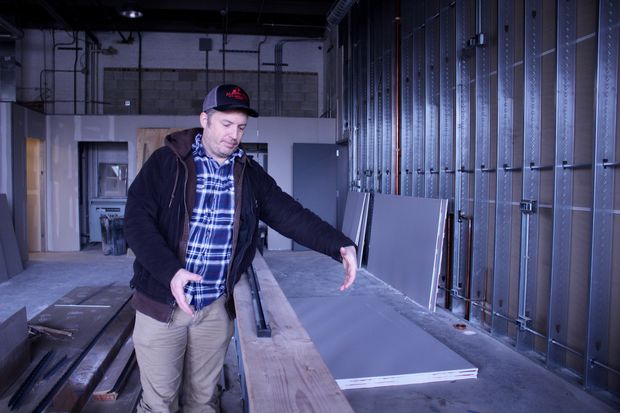 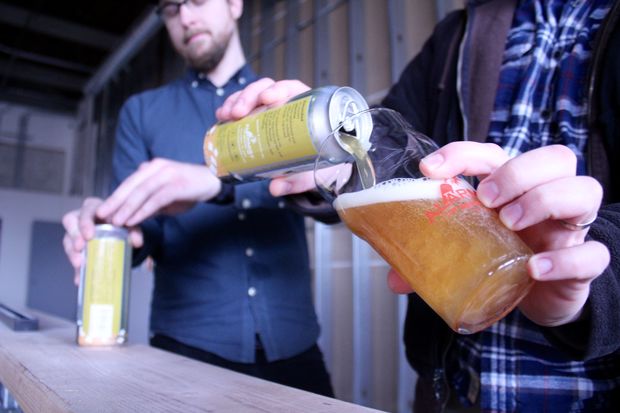 Alarmist distributes cans of Entrenched IPA and Phobophobia Patersbier to bars, liquor stores and supermarkets around the city. [DNAinfo/Alex Nitkin] 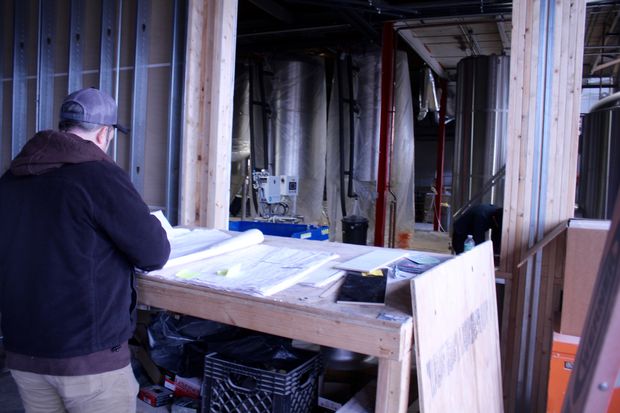 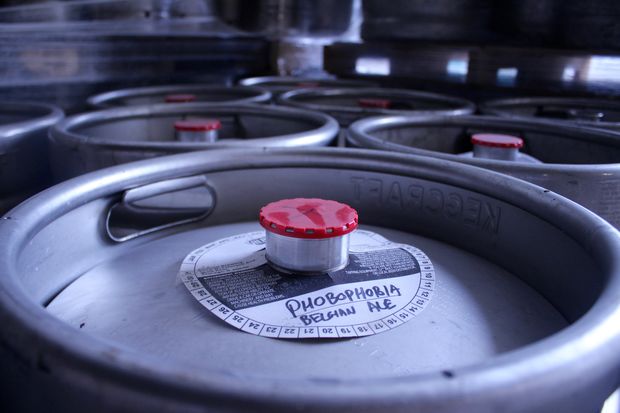 Alarmist sells kegs of its Pantsless Pale Ale and Skewmageddon Oatmeal Stout to bars, but the beers aren't yet available in cans or bottles. [DNAinfo/Alex Nitkin] 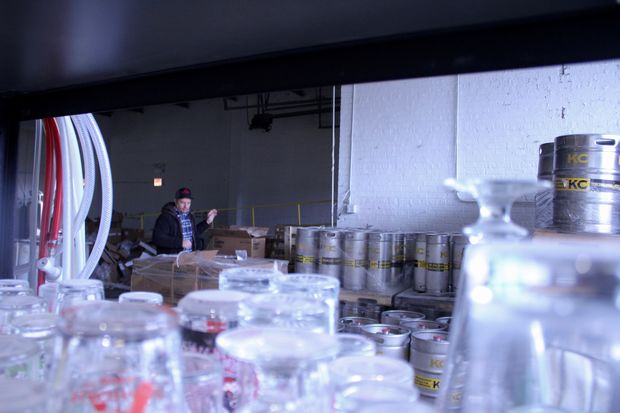 Gulley launched Alarmist Brewing in 2014, after more than 20 years of brewing at home. [DNAinfo/Alex Nitkin]

Another "winter exploration day" will be held on Jan. 24 at the Dan Ryan Woods Pavilion, 8700 S. Western Ave.