WEST RIDGE — A Rohingya refugee who immigrated to the U.S. two years ago from war-torn Myanmar hoped he would find opportunity and a second chance by settling in Chicago, with a job at O'Hare. Instead, Amir Hussin Bin Mohamadur Rahman has found himself at the center of a workers rights struggle unfolding within Chicago's labor force.

Rahman, 25, got a job shortly after his arrival in June 2015 with Scrub, Inc., a company that employs workers who clean the cabins of planes after flights.

That relationship ended in late November after Rahman publicly rallied alongside Service Employees International Union members and other airport workers in a one-day strike with the "Fight For $15" minimum wage campaign.

Rahman also spoke out at an employee meeting advocating for Scrub, Inc. workers to unionize, an act he alleges led to his firing.

"The day that he [stood] up in the meeting, talking about 'Fight For $15', saying he wants to go on strike, things changed," said Wahida Rafiq, a translator who Rahman and another Scrub, Inc. worker spoke through in an interview with DNAinfo.

Rahman said his job went relatively smoothly until he participated in the strike and was outspoken about forming a union.

"No one bothered me before" the strike, he said.

But almost immediately thereafter, Rahman was let go for insubordination, said Izabela Miltko-Ivkovich, a spokeswoman for SEIU who has been helping Rahman and other non-union workers still employed by Scrub at O'Hare to understand the legal issues relating to their experiences in the workplace.

"It goes back to some of these contractors — like Scrub — wanting to hire workers that may not understand labor law or speak the language," Miltko-Ivkovich said. "They are being taken advantage of." 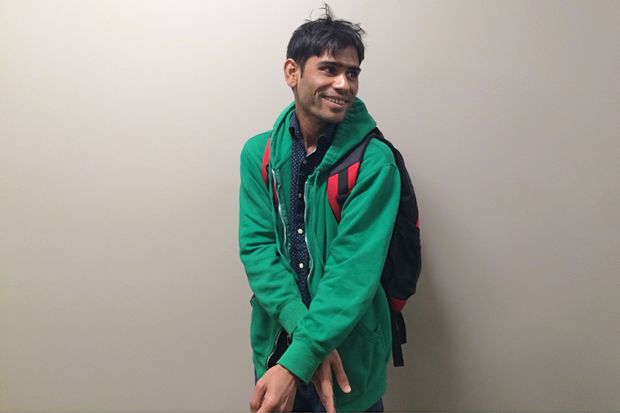 Amir Hussin Bin Mohamadur Rahman said he was fired after speaking up in favor of forming a union among cabin cleaners at O'Hare. [Provided]

In July, SEIU helped Rahman file a minimum wage complaint with the city's Department of Business Affairs and Consumer Protection, saying that he worked 20-30 minutes off the clock every day by coming in early or staying late at Scrub's request.

Then, two weeks before the November strike, Rahman filed another complaint — this time with the U.S. Department of Labor's Occupational Safety and Health Administration (OSHA).

In the narrative on his complaint form, Rahman describes being told to get back to work without filing a report after falling down a flight of stairs and injuring his head, arm, leg, wrists and hands.

He has also filed a complaint regarding his firing with the National Labor Relations Board, Miltko-Ivkovich said.

Since leaving Scrub, Rahman said he's found another job working fewer hours but for better pay, but still worries about other workers left behind — many of whom are refugees like himself who need the work and feel they can't afford to complain about potential legal violations.

One of those people is Shaik Ahmad, 29, also a Rohingya refugee who now cleans cabins for Scrub at O'Hare.

He said he was at the meeting where Rahman advocated for a union, and saw Rahman lose his job shortly thereafter.

"[Ahmad] said he was going to fight for [the union], too, but he's scared he's going to lose his job," Ahmad's translator said. Ahmad added, through his translator: "To fire Amir was not the right thing to do. They fired him for no reason." 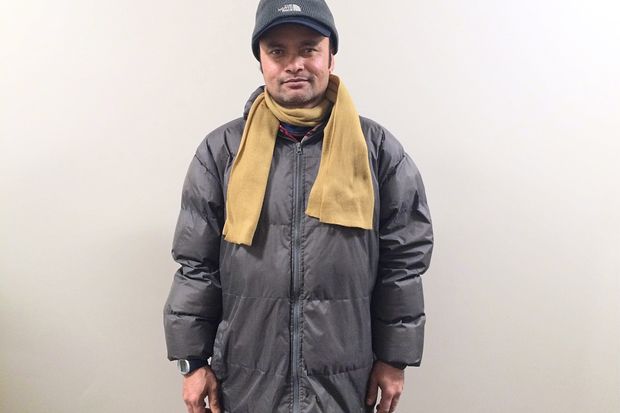 Shaik Ahmad still works at Scrub and said he's concerned what will happen to other workers who speak out about issues on the job. [Provided]

Despite the issues at work, Rahman and Ahmad both say they are still grateful for life in America. Rohingya Muslims living in Myanmar, once called Burma, are the religious minority in the Buddhist-led nation and have been persecuted since the early 1960s.

Rohingya Muslims are considered "the most persecuted refugee group in the world," according to the Zakat Foundation of America, a religious nonprofit aimed at humanitarian efforts.

Neither Rahman nor Ahmad know if their parents, who remained in Myanmar, are still alive.

At different times, Rahman and Ahmad made their way to Malaysia before immigrating to the U.S. and resettling in the Rogers Park/West Ridge area where an established Rohinga refugee community exists.

Rahman said his experience hasn't soured his view of the U.S., but he remains concerned for his former fellow co-workers who he hopes does not suffer the same fate as he with Scrub.

"We don't know English, we don't speak the language, they take advantage of us," Rahman said. "But [I] never changed my view of U.S.A.

"The only thing [I'm] worrying about right now is the people that are working in the airport."