DOWNTOWN — Margaret Hicks has given tours of the Pedway for years, but soon she'll call the Loop's underground labyrinth something else: home.

Hicks, a local tour guide and Ravenswood resident, will leave her life on the North Side early next year for a life underground, spending a week camped out in the Pedway.

Hicks' aim is simple: to show that the Pedway, the 5-mile system of tunnels underneath some of Downtown's biggest office buildings, is a place where you can stay — and play — instead of just pass through.

RELATED: Pedway Map: Where To Eat, Drink & Shop in the Loop Without Going Outside

Hicks has seen newlyweds skip down the Pedway holding new marriage licenses issued at the Daley Center upstairs. Harry Caray used to get his hair cut underneath the Hyatt Regency hotel on Wacker Drive. Busy commuters often rush past people walking their dogs.

But those aren't Hicks' favorite sights from the Pedway, where people from all over the city and suburbs are forced to intermingle when it's cold.

"My favorite part of the Pedway is watching other peoples' reactions to it," she said. 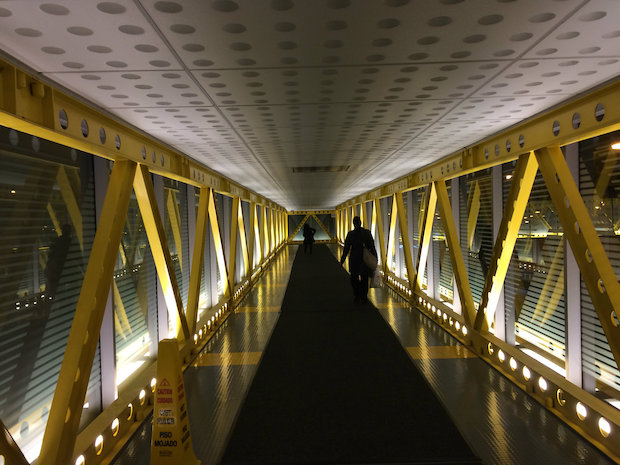 Hicks will begin her Pedway adventure Jan. 8. She'll stay and shower at the Fairmont Chicago, 200 N. Columbus Drive, which is connected to the Pedway and has partnered with Hicks in the past.

"I'd have to hide" overnight otherwise, Hicks said, since sleeping in the Pedway overnight is illegal.

She'll lead free Pedway walking tours at 12:15 p.m. every day of her social experiment. She'll also keep busy hosting a board meeting for a tour guide group in Macy's and sharing lunches with friends at various Pedway shops. She'll chronicle all her journeys via social media, and she might award prizes (or at least a wealth of Pedway knowledge), to anyone who finds her underground.

Hicks, a tour guide who mostly makes her living outdoors, said it will be hard to go a week without stepping outside. But she said she's prepared to not only survive the Pedway, but "maybe try and thrive."

"It'll be a slog, but there will be plenty to do to keep me entertained," she said.

Can You Handle a Cold Weather Tour of Chicago? Most Tourists Opt Out

Passion for the Pedway: Tour Guide Wants Underground Scene to Make It Big