The Grant Park Conservancy has shared renderings of the "health park" it wants to build at the northwest corner of 8th Street and Columbus Drive before a public presentation Wednesday night at Northerly Island Park Field House, 1521 S. Linn White Drive.

"This is something that's never been done before in the world," O'Neill said. "We’re leaving no stone unturned in how it’s going to function, how it’s going to be innovative and implement a healthy living lifestyle."

The conservancy wants the park to replace the former Grant Park Skate Park, a concrete slab that's been vacant since the park's new skate park opened two years ago off Roosevelt Road. Construction would cost at least $3 million, not including an endowment for maintenance, staffing and other future costs, O'Neill said.

The idea was hatched by Omari Jinaki, a Printers Row resident who was inspired by similar venues in New York. He linked up with FitLot, a New Orleans nonprofit; Los Angeles event company FitExpo; and North Carolina equipment manufacturer PlayPower before bringing his idea to the conservancy.

The park has drawn interest from the University of Illinois at Chicago, which has volunteered kinesiology students to lead classes.

PlayPower drew initial renderings for the park, which would include ample chin-up bars and other low-tech equipment, a stone circle intended as a central meeting point, and maybe even games, including human-sized Jenga and Connect Four, O'Neill said.

The group, which hasn't presented the plan to the Chicago Park District, aims to secure enough sponsorships and private donors to open the health park without public subsidies.

The conservancy will present the renderings at 6:30 p.m. Wednesday at Northerly Island's field house. The group will solicit feedback from neighbors over several meetings before hiring a landscape architect and pitching the Park District, which would decide whether to approve the plan. O'Neill hopes to secure financing by the summer. 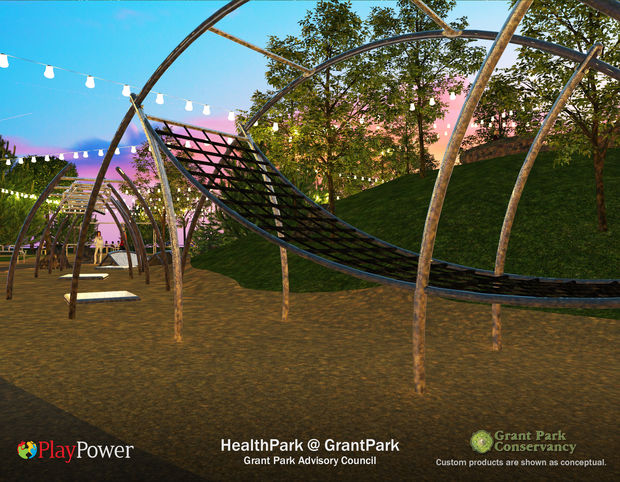 [All renderings by PlayPower] 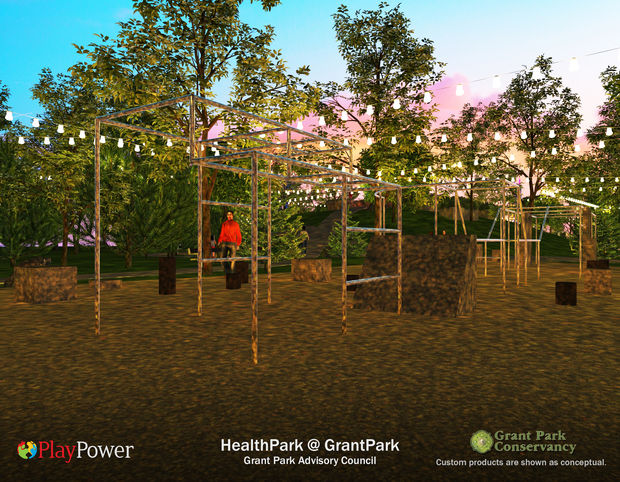 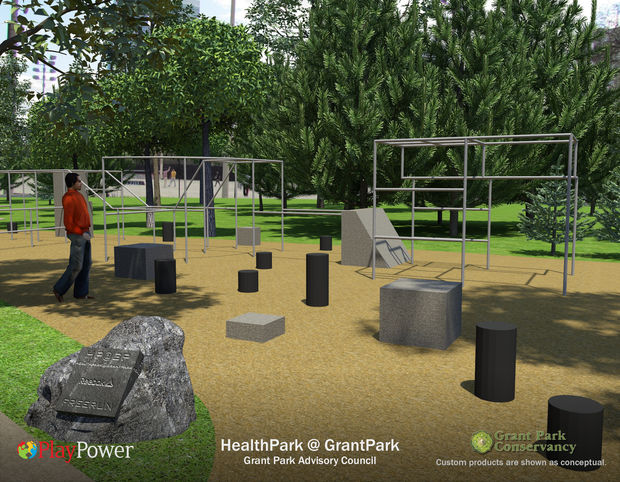 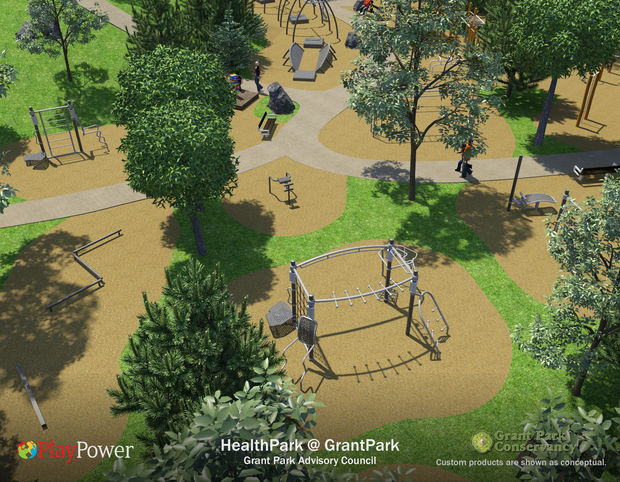 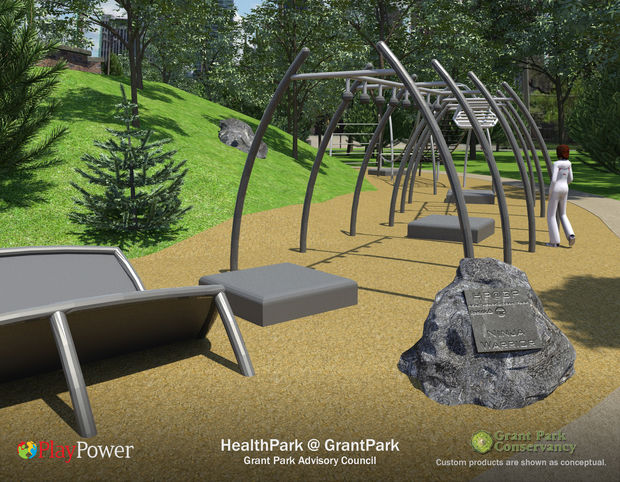 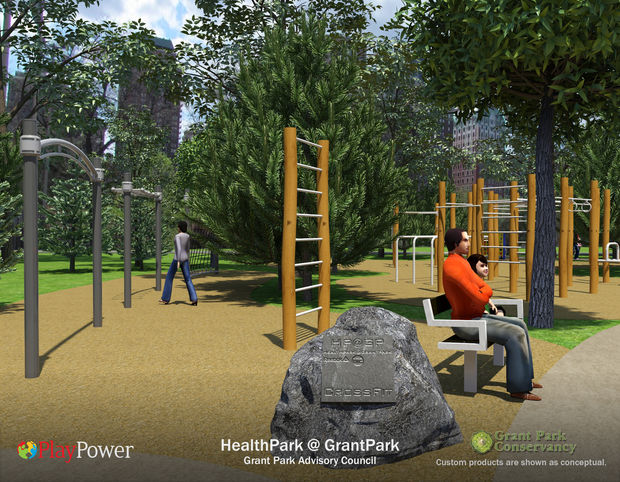 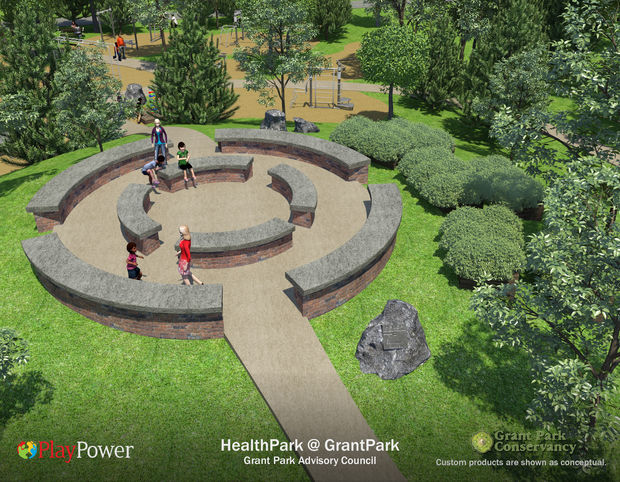 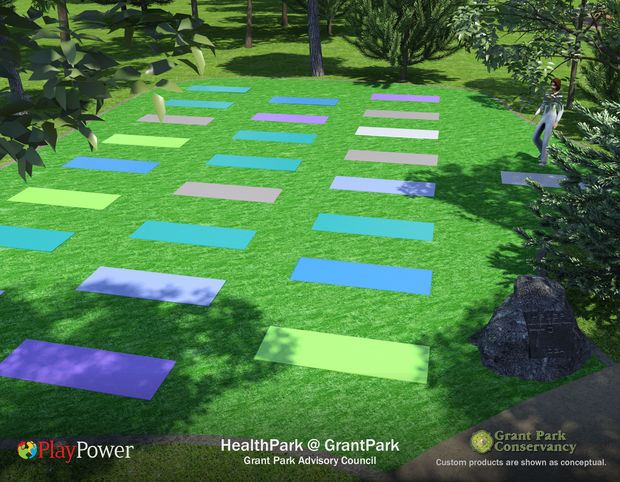